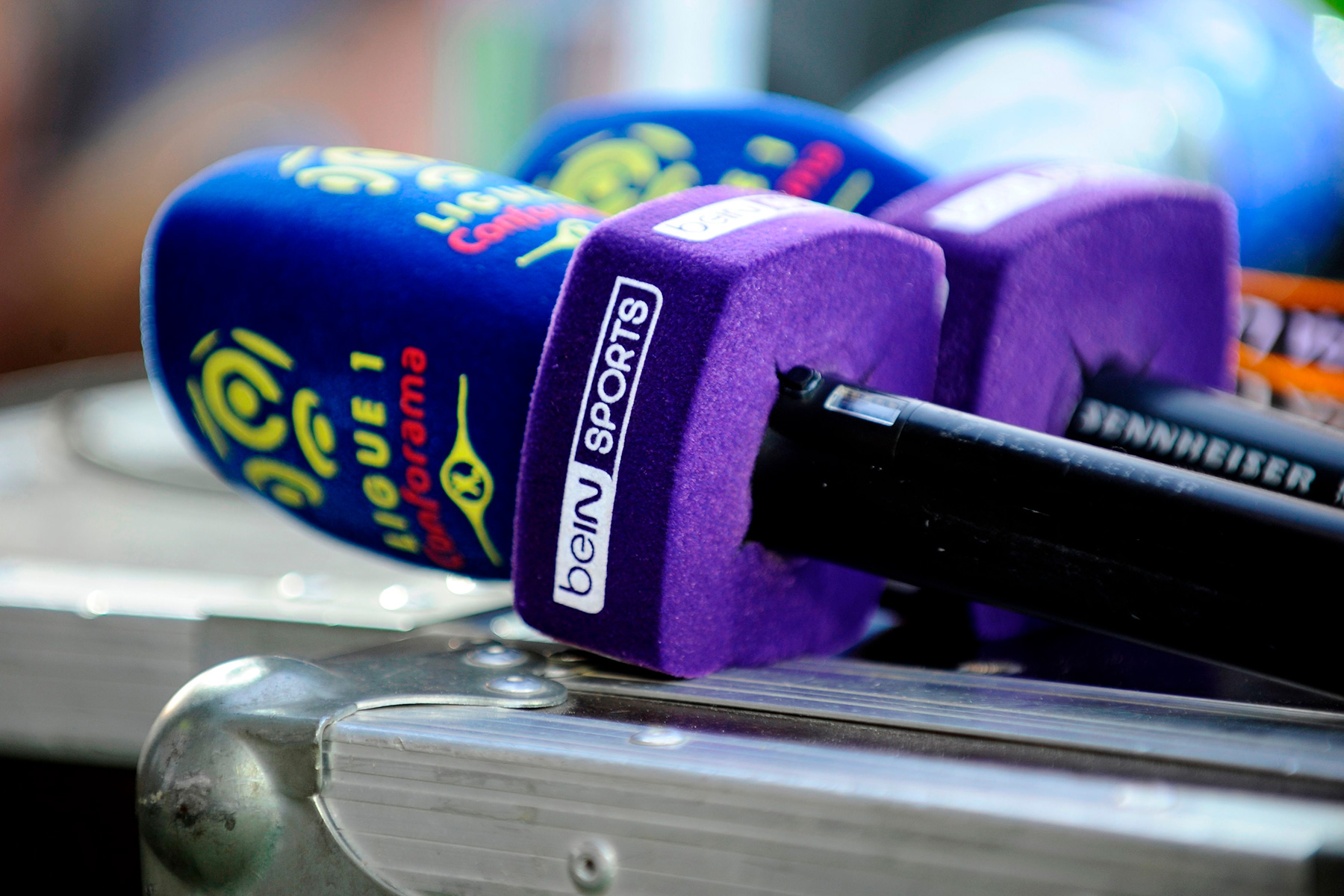 The 2019-20 Ligue 1 season kicked off on Friday with a match between AS Monaco and Olympique Lyonnais at the Stade Louis II. For most football fans in the United States though, this matchup between two of France’s most notable clubs was barely a blip on their sporting radar if it even registered at all.

Ligue 1 is an easy target for those who support richer leagues like the Premier League and La Liga. We’re all familiar with the ongoing “farmers league” joke that inevitably makes it into the mentions of every Bleacher Report tweet about Paris Saint-Germain. The league certainly didn’t make things easier for fans by signing a deal with Uber Eats to make them the title sponsor next season either.

I’m not going to make the argument that Ligue 1 is a better league than the big four in Europe. That would be ridiculous. However, there is a lot to like about the French league and with interest in football at an all-time high in the U.S., a match between Monaco and Lyon deserves more attention than it currently receives.

Known as “The League of Talents” for its plethora of young, supremely gifted footballers, Ligue 1 has an opportunity over the next few seasons to attract a lot more American fans and expand into a market hungry for as much European football as possible. It has to be done the right way though. If I were running Ligue 1, this is what I would do:

I'm working on an article about how @Ligue1_ENG can grow in the US and reach more fans. If you were in charge of Ligue 1, what would you do?

In America, the only legal way to watch Ligue 1 is to have access to beIN Sports. Unfortunately, the largest TV providers in the country have dropped beIN Sports and it doesn’t look like there will be a resolution any time soon, if at all. According to reports, beIN Sports is now available in just 15 million homes. There are some other regional TV providers who carry beIN Sports and some streaming services, but none of them possess the volume of viewers/subscribers Ligue 1 needs to be a success.

This reminds me of the days not too far in the distant past. A little more than a decade ago, the Premier League was in a similar situation here in the U.S. You couldn’t watch every game and you had to pay for premium channels like Fox Soccer Channel and Setanta Sports. There were no streaming options obviously and the Premier League was very much a niche sport for a dedicated few.

Fast-forward to today and you see how NBC Sports has completely changed the perception of the Premier League in America. Every game is available and the game you want is easily accessible. I remember a few years ago watching an Arsenal FC match on my phone while moving to a new house. That would have been unheard of before the NBC Sports. Not only do they offer every game, but the in-game graphics are also top-notch, the commentary is insightful, and they provide additional programming to complement the games. I find the documentaries profiling some of the smaller clubs to be absolutely fascinating. That’s the kind of content you need to provide context for new fans discovering your league for the first time. It helps explain why they should care about a club like Strasbourg and perhaps helps them decide which team to support.

So, who can do this for Ligue 1? NBC Sports is obviously the top pick given what they’ve done with the Premier League. It would also make sense for the simple fact that many English clubs dip into the French league during the transfer window to sign new players. Wouldn’t American Arsenal fans like to watch their team battle Chelsea FC on one side of their screen while keeping an eye on William Saliba at AS Saint-Etienne on the other?

Both La Liga and Ligue 1 are trapped inside the floundering network that is beIN Sports. Perhaps NBC Sports could swoop in and save both, giving them three of the top five leagues in Europe and some of the most recognizable players in the world. In the streaming battle that is about to heat up in the coming year, this could prove to be a real asset for NBC Sports and their owner, NBCUniversal.

To be honest, though, any provider in the U.S. would be better than beIN Sports in my opinion. PSG Talk contributor Marc Damon made the argument that CBS Sports Network would be ideal because of their lack of programming. Ligue 1 could be a flagship league for them and get the attention it deserves. ESPN’s streaming service, ESPN+, is another option but given the amount of programming there, it’s unlikely Ligue 1 will get the promotion it needs. You only need to look at Serie A on ESPN+ to see how a football league can get hidden behind reruns of “Around The Horn.”

Too much content on ESPN already. Ligue 1 needs a clearer lane. If it’s between ESPN and BeIn I’d take BeIn every time. Serie A already gets caught up in the vortex.

Once Ligue 1 has a competent broadcast partner, they need to go on a marketing blitz. Back when the Premier League joined NBC Sports, they had English cabs driving around to promote the coverage. Ligue 1 needs to make a splash with a stunt like that but they also need to be smart in other ways to maintain interest. Why not buy some ad space on popular sports podcasts? Bill Simmons will do a live-read for Ligue 1 if you pay him.

Here’s the best part when it comes to marketing: Ligue 1 has the perfect example to follow right in their own league. Paris Saint-Germain is experts at marketing. They’ve gotten their clothes on the backs of the biggest celebrities in the world. English journalists are absolutely STUNNED that kids in England are wearing PSG shirts. Ligue 1 could meet with the marketing experts at PSG and within six months, you’ll see kids in Ohio wearing Lille OSC jerseys at the park.

Consistently surprised by the number of people I see walking around London wearing PSG-branded garb.

Some Ligue 1 clubs have social media accounts in English but not all of them. Only a handful of those accounts are interesting. For Ligue 1 to be successful, all clubs need social media accounts in English and they have to be run by someone who understands American culture and can deliver engaging content. It can’t be a secondary account that you post to whenever you feel like it or copy the same things from your French account. Many Bundesliga accounts, Bayer Leverkusen’s English account comes to mind, have solid English accounts and Ligue 1 should use that as an example.

Ligue 1 clubs should also employ English-speaking journalists to produce videos for YouTube. Subtitles may be necessary for interviews with players, but the more behind-the-scenes content you can provide in English, the more likely that American football fans will engage with it and potentially become a fan and tune into games.

I’ll also throw a website redesign for ligue1.com here. Pull up PremierLeague.com and compare it to Ligue 1. See the difference? The French league’s website is about three years past due for a redesign while the Premier League is bright, bold, and offers fans plenty to interact with. They also provide fantasy football, which is huge here in the states. I don’t know why Ligue 1 did away with their version but they should absolutely bring that back and revamp the entire thing to make it more attractive.

Americans like parity in their sports leagues. Sure, they like dynasties too (Golden State Warriors), but Ligue 1 would be infinitely more interesting to U.S. fans if two or three clubs could regularly challenge PSG for the title. The perception, unfortunately, is that PSG has won the league before the first game is ever played. That doesn’t give new fans that much incentive to watch.

A lot of this has to do with money. If Ligue 1 clubs could pay the wages that Premier League clubs can, I think many of the top players would stick around longer. Clubs make more money primarily through television contracts and transfers. The league must do everything it can to not only sign the most lucrative contracts possible but also incentivize clubs to reinvest after selling a marquee player for a large sum. It’s great to have youth coming up through the ranks, but PSG can’t be the only ones signing experienced quality and putting together a balanced squad every season.

Christian Pulisic is a good player but the press that he receives in the U.S. goes far beyond his quality. The reason for that is because he’s an American playing in the Premier League. Even ESPN talking heads who only watch baseball know who Pulisic is. Ligue 1 needs dozens of Pulisic’s.

Ligue 1 clubs have some of the best scouts and trainers in the world. You don’t just accidentally discover 16 and 17-year-old kids and turn them into players worth tens of millions without knowing what you’re doing. What if those same talented football experts made a concerted effort to scout America and start a pipeline to bring the best raw talent to France? Ligue 1, despite its faults, is far superior to Major League Soccer and I feel like parents would be willing to let their kids train in France after hearing the countless success stories of players being coached up and turned into world-class talents (Eden Hazard and Kylian Mbappé for example).

Once American footballers can be found on every Ligue 1 club, fans will feel more of a connection to Ligue 1. We saw this to some extent at Paris Saint-Germain with Timothy Weah who is now at Lille. Weah was covered in America more than any other youth player at PSG for the simple fact that he plays for the United States Men’s National Team. If Ligue 1 became the place where USMNT talent could blossom, there is no doubt the media would give Ligue 1 more coverage and the jokes would stop real quick if the national team started to become a force thanks to players trained on French soil.

In addition to bringing American players over, Ligue 1 needs to make a better effort when they decide to organize a pre-season tournament in the U.S. This past offseason, Olympique de Marseille, Montpellier HSC, Saint-Etienne, and FC Bordeaux all traveled to Washington, DC, to help raise the level of awareness for both their clubs and the league as a whole. There was very little marketing involved and the games were attended by very few. Seriously, if you attended you could have had an entire section to yourself. PSG is always a big draw wherever they travel, but Ligue 1 must figure out how to make these trips worthwhile for the other clubs and provide them with a proven marketing strategy to help promote these friendlies.

Well…the turnout could be better.

Ligue 1 faces an uphill battle to gain a foothold with football fans in the United States. It won’t be easy but it absolutely can be done. They already have the updated stadiums (thanks to the FIFA World Cup) and fan culture to visually appeal to American football fans, it’s just a matter of explaining why they should care about Ligue 1 and ridding themselves of the farmers league stereotype. If they can do that, make it easier for fans to watch games, and bring a real pre-season tournament to the states while hosting the Trophée des Champions in a major city, I have no doubt French football can take off in the United States.