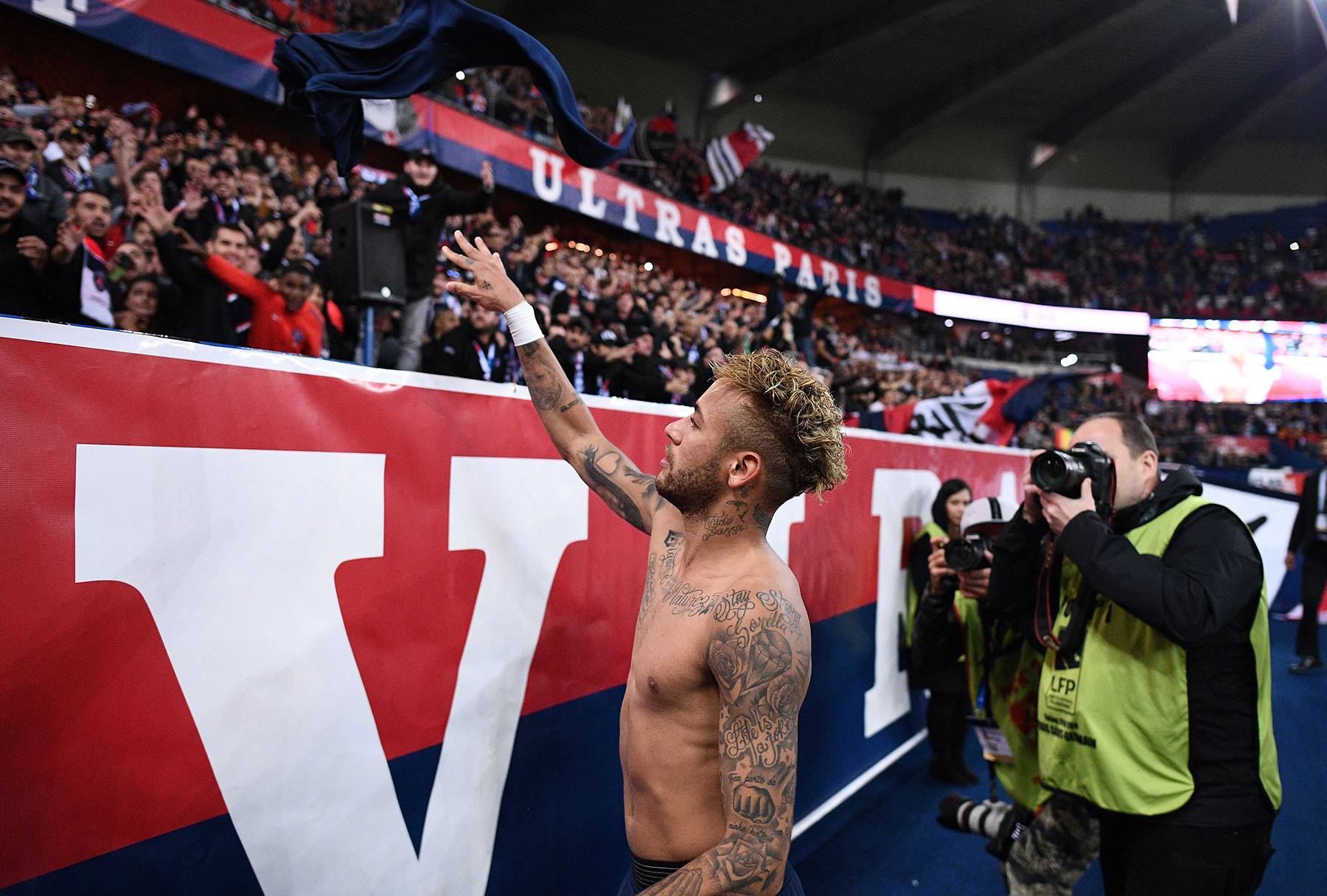 Since the end of the season, the name of Paris Saint-Germain’s star player has been the subject of news reports daily. Is he going to leave? Is he negotiating a contract extension? Media coverage has been all over the place and it’s hard to believe any of it with all of the reporting citing anonymous sources. For PSG fans, I think it’s safe to say we have hit our limit.

Similar to the summer of 2017, when Neymar left FC Barcelona for the French capital, the Brazilian hasn’t done himself any favors with the fanbase as he has yet to release a public statement about his intentions. While Kylian Mbappé posted a photo recently of him preparing for the upcoming season, Neymar has been silent on social media, which has only fanned the flames of speculation. The Spanish press, in particular, has run rampant with stories. Most are probably complete fabrications but the sheer number of stories would lead you to believe there is something to them.

It would be a public relations nightmare for Neymar to tuck his tail between his legs and return to Barcelona and into Lionel Messi’s shadow, but it might not be the worst move for PSG to sell their superstar now and cash in while he still commands a relatively high price. Remember, this is a player with a history of injuries and his off-the-field issues are just as serious.

The word superstar is a term that in the world of football today can be a double-edged sword. Sure, you have all of the riches you could ever want and people around the world recognize your face. On the other hand, every move you make is scrutinized and the media can tear you down just as fast as they built you up. In Neymar’s case, he has one of the biggest contracts in sports, but he’s also portrayed as a pain-in-the-ass diva in the media.

If we take into consideration the recent success of Liverpool FC, they built a squad based on commitment, sacrifice, and love for the badge. This is something very difficult to achieve with a superstar of the magnitude of Neymar (Real Madrid with Cristiano Ronaldo worked perfectly primarily because of Zinedine Zidane was at the helm). Thomas Tuchel is a quality manager but he has yet to show that he is capable of calling the shots and getting Neymar to buy into what he’s selling on and off the pitch. It would be amazing if players could fight in every single match like Edinson Cavani, Marquinhos, and Thiago Silva do. Those three love PSG and it shows in their performances. Selling Neymar can prove a point that club president Nasser Al-Khelaifi already started a couple of weeks ago, which is that players need to believe in the club and their ability to become European champions. The money (and players in a swap deal) received from a Neymar transfer to Barcelona would definitely give PSG a head start in putting a team together that mirrors Liverpool.

As fans, the hardest times always come during the summer. Skepticism and objectivity are the most difficult things to achieve during the transfer window. We’ve been flooded with countless reports, some from somewhat reliable sources and others that are obviously complete fabrications, but I will try to explore some scenarios that could actually happen under the new leadership of Leonardo, a very clever sporting director who has already brought in Pablo Sarabia for €20 million appears to be on the verge of officially signing Ander Herrera on a free. Just today, there are credible sources reporting that Raphaël Guerreiro could be on his way to PSG from Borussia Dortmund for €15 million, which would be an excellent bit of business. Leonardo also apparently pulled out of the Matthijs de Ligt negotiations because the Dutchman did not believe in the PSG project enough to leave out a buyout clause in his contract.

Selling Neymar won’t be easy. The PSG board will be reluctant to many offers but according to the very reliable and friendly Spanish media, one or two players, plus cash, could be included in the deal. Based on pure speculation, I’ll use the Spanish reports to share this scenario. According to SPORT, Philippe Coutinho will be the main player going to PSG in exchange for Neymar. Even though Ousmane Dembélé would be ideal, and I suggest PSG should go with him (he’s friends with Mbappé), Barcelona are not willing to part ways with the Frenchman. Also, reports that Coutinho’s agent has denied any contact are ambiguous, so I would say there’s still a possibility.

So, Coutinho and likely Nélson Semedo, the Portuguese right-back, is seemingly in the deal for Neymar, plus around €100-150 million. With a sizeable transfer budget to work with already, the additional funds would mean PSG could target some big names that would fill key positions within the squad. The very clever addition of Sarabia for a reasonable price can solve the club’s issues on the wing and Coutinho’s best position is at central-attacking midfielder. Leonardo is also targeting Sergej Milinković-Savić and Gianluigi Donnarumma, but, you guessed it, Juventus FC is also in the race and even though PSG are the most interested of the two, it appears that the Serbian would rather remain in Italy while the Italian goalie might be more inclined to a move to France.

Very recent rumors also put Lille OSC winger Nicolas Pépé at PSG this summer and the president of the club has gone on record stating that he would like his star player to remain in France. Pépé would fit right into PSG but he will not come cheap but hopefully, after the Timothy Weah transfer, the two clubs will be willing to work a deal out so both are happy with the result. Another player that remains key to Leonardo’s rebuild is Kalidou Koulibaly, the overly expensive center-back from Napoli. With the money raised from a potential Neymar sale, PSG could afford him but is he worth over €100 million? I don’t know. Also, Tuchel is the one that has to work with the players and should have a lot of say in who comes into the team. One of the players that he has requested since joining PSG is Julian Weigl. A reunion of Tuchel and Weigl would suit both players as PSG would be a step up for the player and Weigl would fill the defensive midfielder role PSG desperately need.

So, ~€100 million for Neymar, plus the initial transfer war chest plus the sale of players and you have a very sizeable budget for PSG. Add in Herrera, Sarabia, and the two players included in the Neymar deal, and you have a great start to what many have called the most important transfer window in PSG’s history. If Leonardo puts the funds to good use and signs Donnarumma, Koulibaly, and Pépé, this edition of PSG could very well resemble the Liverpool side that won the UEFA Champions League last season.

The Neymar transfer saga is very far from over. All of this could just be to get a salary raise or maybe he genuinely wants to return to Barcelona. Either way, PSG needs to be ready to make a statement on the pitch and succeed whether he’s in the team or not. Tuchel and Al-Khelaifi need to focus on players with the right attitude who will fight for the badge and worry less about star power. The players I mentioned would all be a great fit but anything can happen in the transfer window.

If Neymar decides to stay, he may be a diva, but when healthy, he is almost irreplaceable. It’s up to the club to demand more discipline from him and hopefully, that will filter throughout the squad and lead to greatness.