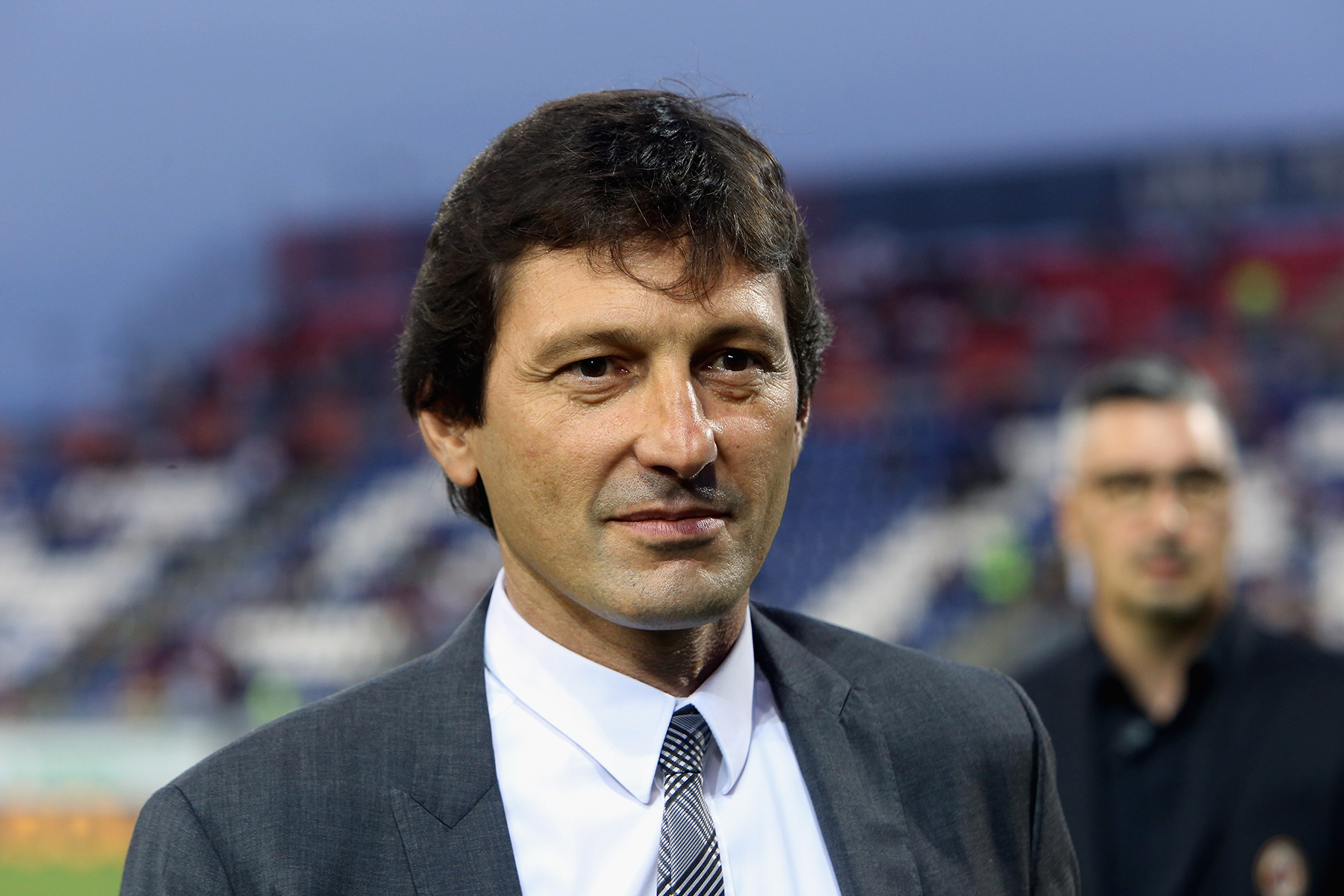 Leonardo is once against Paris Saint-Germain’s sporting director and everything is about to change. The capital club just took the mean old man Antero Henrique—PSG’s previous sporting director—behind the barn and put him out of his misery. In rides John Wayne to make everything right in the town that had for so long been so lawless, everything is going to be better now. The Parisian project has been in the wilderness ever since he left in 2013 but now dear Leo, with his good looks and charm, will lead them out of the darkness and into the light of UEFA Champions League glory. Of course, he will, because we shudder to think about what happens if he doesn’t.

I think I’ve used enough analogies to describe what the PSG fanbase was feeling when the news that everybody’s favorite scapegoat was just relieved of his duties and replaced with everyone’s favorite sporting director/ex-player/rock star. It’s almost too good to be true. Now all the players will once again want to come to Paris.

Forget that Henrique was the one who signed Neymar Jr. and Kylian Mbappé in the same window because he didn’t really do that. Forget that he trimmed PSG’s massive overinflated budget and allowed for more flexibility with Financial Fair Play, any fool can do that. What he was scapegoated for was what happened after all of that. It was the inability to sign quality players to supplement PSG’s sterling forwards. Something that because Henrique has left, must now be fixed under Leonardo…except it won’t be.

I’ve read the pieces that have come out glorifying his name and I get it. He was the bolt of lightning that ignited the Qatar Sports Investments project back in 2011. The brain that could channel money from Qatar into creating a great team. Except that was seven years and a whole different business model ago. Leonardo didn’t work under FFP and if you saw what he did with a cash-strapped AC Milan you wouldn’t be all that impressed. This is a PSG that has to not only work under a budget but in a world where most of Europe hates them for how they took the two best young jewels of football away from European elites. Now they’re trying to get a third.

Matthijs de Ligt is a great young center-back and according to most reporting, the AFC Ajax man is close to an agreement with Paris Saint-Germain. I don’t buy it. It’s too good to be true. PSG simply doesn’t move as fast as the other top European clubs anymore. Just watch how fast Real Madrid swooped in for players. They didn’t get into bidding wars. They targeted and signed with extreme prejudice. Paris is fiddling around with this transfer just like they did under Henrique. So many pieces say they are close to signing but nobody is saying a deal is done. This opens the door for other clubs to up their bids and steals him away. If FC Barcelona ends up taking this one like they Frenkie de Jong I wouldn’t be the least bit surprised because if you snooze, you lose. If you take the agent’s word for it, you lose. You must get that signature on paper or it didn’t happen.

If de Ligt is gone, then what? Leonardo’s great return begins with a face-palm-inducing stumble. Who does he go for next? It would be way too late to get any major players in since all of the eggs were put in the de Ligt basket. Would they spend €50 million on Idrissa Gueye? Hey, maybe Stanislav Lobotka is still available? Would their marquee signing be Keylor Navas? Would fans be happy with any of that? Until actual players are signed we are really only left with questions when this fanbase really deserves answers. Oh, and is that Ander Herrera thing still happening?

At that point, would Leonardo get a pass or would he be put into the same grinder that tore Henrique apart when all he was trying to do was his job in the only way he knew how to do it. Sure, he wasn’t the right guy for this job, but are we sure Leonardo—who must play by a different set of rules now—isn’t either? If Leonardo fails you can’t blame Henrique, Patrick Kluivert, or Olivier Letang.

As fans, we look for the panacea, the cure-all that will fix the diseases and sicknesses that ale us. We want change, we want better, and when it is promised to us we get euphoric with dreams of glory. However, as the singer James Taylor once sang, “Sweet dreams and flying machines usually end up in pieces on the ground.”

Maybe Leonardo is the panacea that Paris Saint-Germain needs to reach the heights it so desires. Maybe all of this wariness is a bit over the top. Maybe everything will be great. But it usually isn’t. I’m usually not a cynical person but when a man is presented as the savior of all, by bullshit antenna immediately raises up and yours should too.