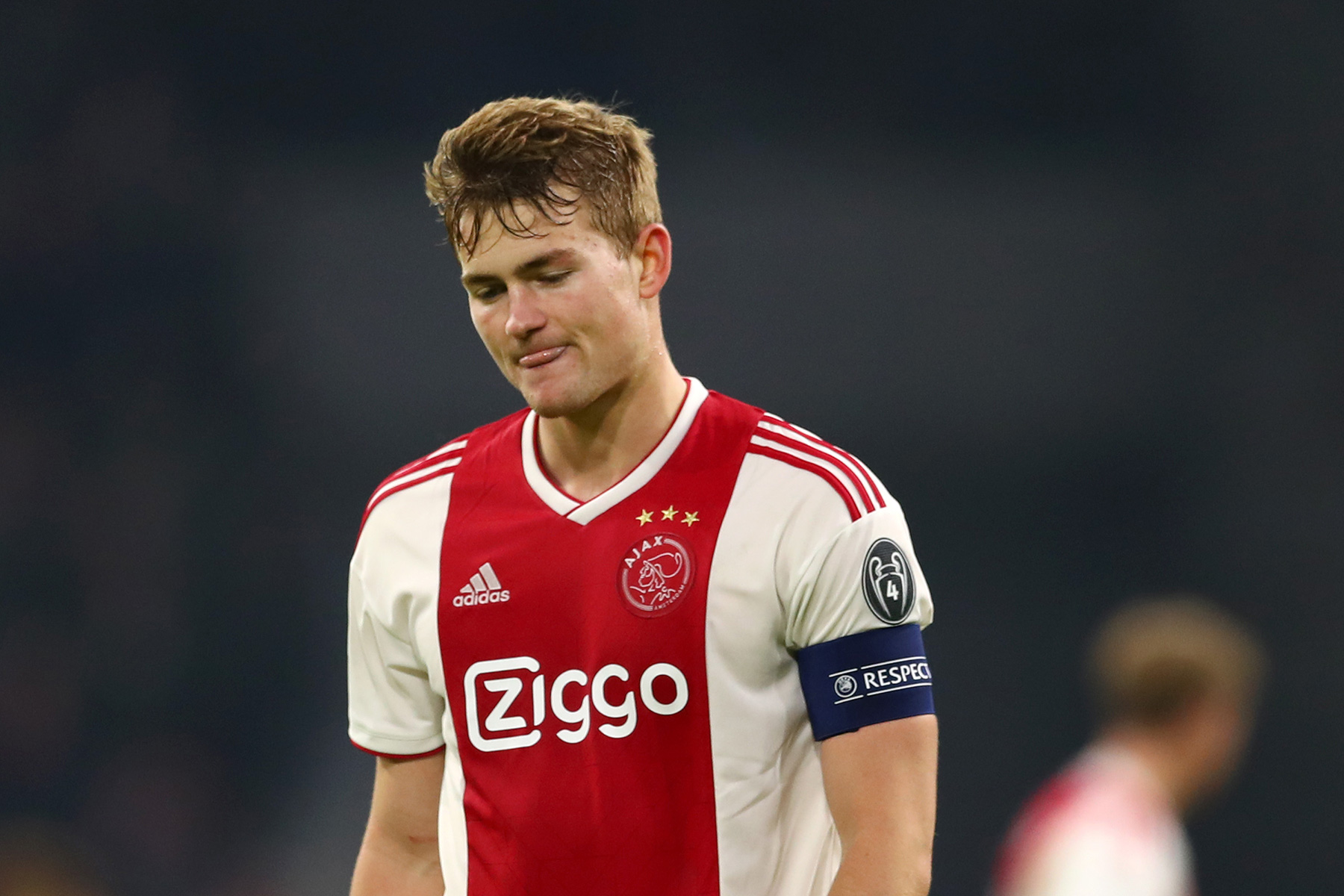 It’s amazing how much can change in 20 days. On June 6, 2019, our friend Jonathan Johnson and his colleague Julien Laurens penned this piece for ESPN FC essentially saying that Paris Saint-Germain were the favorites to sign Matthijs de Ligt thanks to the arrival of new sporting director Leonardo. As it stands right now though, Juventus FC is the favorites to sign the Dutch defender and it’s been reported that he’s agreed to personal terms with the reigning Italian champions. So, what happened?

At the time the ESPN FC piece was published, I tweeted that the anonymous source was someone associated with de Ligt’s camp, likely his agent Mino Raiola. The only reason to leak that information to the press is to get a bigger, better offer elsewhere and it worked. Fabrizio Romano of the Guardian reported that de Ligt has agreed to a five-year deal with a base salary of around £270,000 per week with performance-based incentives increasing that to a potential £415,000 per week. That’s considerably more than the five year, £340,000 per week deal that PSG offered on June 12. That’s not even counting the transfer fee to Ajax, which would likely be in the neighborhood of €80 million. PSG has a lot of money, but at that price, several players would need to be sold to generate the necessary funds to avoid Financial Fair Play investigations.

There will be a release clause into his contract with Juve (around €150M).

Set the finances aside for a second. The ESPN FC article also stated that both de Ligt and his agent believed PSG would be a good landing spot because the capital club could offer maximum playing time. As the days go by, it’s becoming obvious that PSG is being used by players to get more money from the clubs they actually want to join. If you really want to be part of the PSG project and you’re promised as much playing time as you want, you sign a five-year contract for £340,000 per week. You don’t go on vacation to “think about it” while your agent makes calls to other clubs to see if they can beat PSG’s offer. Unfortunately, this isn’t the first time this has happened. A couple of months ago, former PSG sporting director Antero Henrique was close to signing de Ligt’s compatriot and Ajax teammate Frenkie de Jong before FC Barcelona swooped in with a few extra million from Nike to secure his signature.

Make no mistake about it though, de Ligt is a brilliant player and would be a welcomed addition to PSG’s squad. However, missing out on the Netherlands international, his wages, and the potential rift in the dressing room could be a blessing in disguise.

Neymar Jr. currently earns around €700,000/week and Kylian Mbappé comes in at €398,000/week. Now, Mbappé is likely set for an extension and a raise but if PSG were to top the contract that Juventus has offered, de Ligt would be one of the top wage earners at PSG. Is it wise to give a 19-year-old a salary that competes with two of the three best footballers in the world who have combined to win the UEFA Champions League and FIFA World Cup?

de Ligt’s hefty salary would likely cause an issue but so would his mere presence. Currently, PSG employs Presnel Kimpembe, Thiago Silva, Thilo Kehrer, Marquinhos, and Loïc Mbe Soh at center-back. Add de Ligt to that group and Thomas Tuchel’s affinity for sometimes going with three CBs and you have a lot of quality left on the bench. Simply put, de Ligt is a nice-to-have signing who doesn’t fill a pressing need.

If PSG feels they need a center-back signing, they should look for another Juan Bernat-type signing—a player under the radar with a lot to prove that can be had for a reasonable transfer fee. Others may disagree, but I think Kimpembe will have a bounce-back season after he had a dip in form last season following France’s World Cup success. Kehrer will have had a full offseason to integrate into the squad and Soh will continue to grow and can play in domestic cup competitions and against some Ligue 1 competition.

PSG made the big splashy moves over the years. Neymar and Mbappé are the stars of the team and de Ligt would disrupt the squad too much and his price tag is out of reach, even for PSG’s standards. Instead, Leonardo should focus on his midfield and secure the services of players like Ander Herrera, Sergej Milinkovic-Savic, and Allan. PSG need to add to the spine of their team before focusing on luxury purchases that we’ve all watched fail spectacularly over the past few seasons.