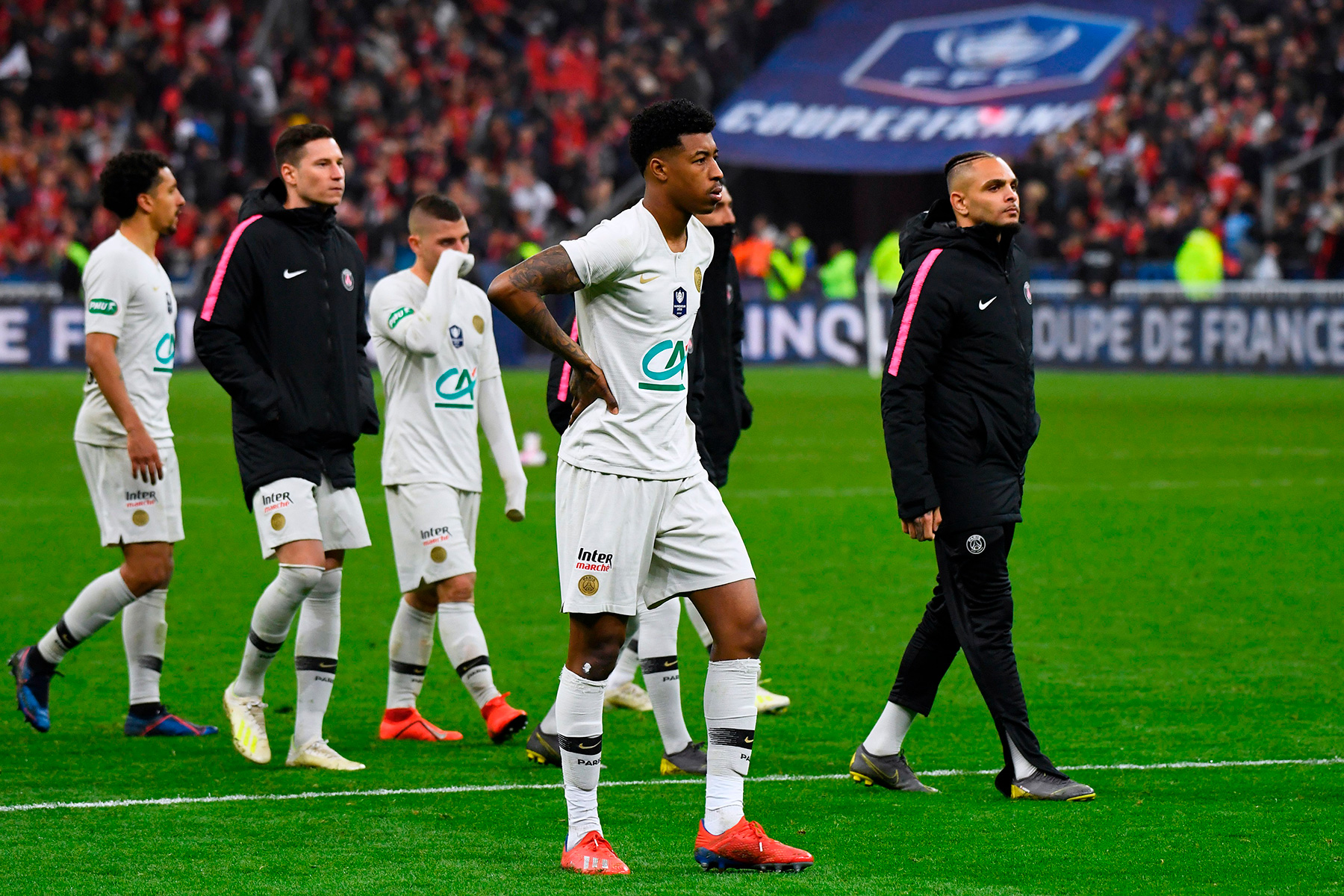 The season went from bad to meltdown mode on Saturday evening as Paris Saint-Germain fell to Stade Rennais FC in the Coupe de France final. The loss, which was decided with penalty kicks, is yet another bitter pill for PSG supporters to swallow. Instead of winning their second title of the 2018-19 campaign, they watched Hatem Ben Arfa cry tears of joy and serve up some choice words for his former employer.

On this episode of PSG Small Talk, host Marc Damon is joined by fellow contributor Eduardo Razo to recap what was a good game of football that Rennes ultimately won through excellent execution and determination. To start, PSG came out on fire and scored after 13 minutes via an absolute wonder goal from Dani Alves. Neymar Jr., who made his return after being out since February, and scored a breakaway goal to put PSG up 2-0 and it appeared as though Thomas Tuchel’s men would win their fifth consecutive Coupe de France title. How wrong we all were.

Rennes got the break they needed right before halftime via an own-goal from Presnel Kimpembe. Julien Stéphan must have gave one hell of a halftime speech because after the break, Rennes came out on the front foot and challenged PSG as they pushed for the equalizer. As so often this season, poor defending off a corner kick from PSG led to a goal from Edson Mexer in the 66th minute and the comeback was complete. PSG looked tired the remainder of regulation and the two extra time periods and never seriously threatened to score. Rennes on the other hand continued to attack and to be honest, PSG was lucky to get to penalty kicks, especially after Kylian Mbappé received a straight red card for a gruesome challenge on Damien Da Silva.

Penalty kicks went all the way into the sixth round when Christopher Nkunku’s name was called. The young Frenchman stepped up and unfortunately for PSG supporters, his shot soared over the goal and was last seen somewhere over Cleveland, Ohio. It was a gut-wrenching way to lose a final but you have to tip your cap to Rennes. They were the better team over the 90 minutes and PSG didn’t capitalize on their opportunities to secure the win.

With the season effectively over despite five matches remaining, PSG now have several more questions they need to answer heading into a crucial summer transfer window. Why has Kimpembe regressed following his breakout season last year? Why can’t PSG defend corners? Is Tuchel still the man for the job? Is it an end of an era with players like Edinson Cavani likely to be departing the French capital?

Whether you consider the season a disappointment or a failure, one thing all fans can agree on is that major changes are needed.

Video: ‘We Came Across a Great Team’ – Presnel Kimpembe Comments on the Draw Against Club Brugge
15 September 2021, 22:15
Follow Us