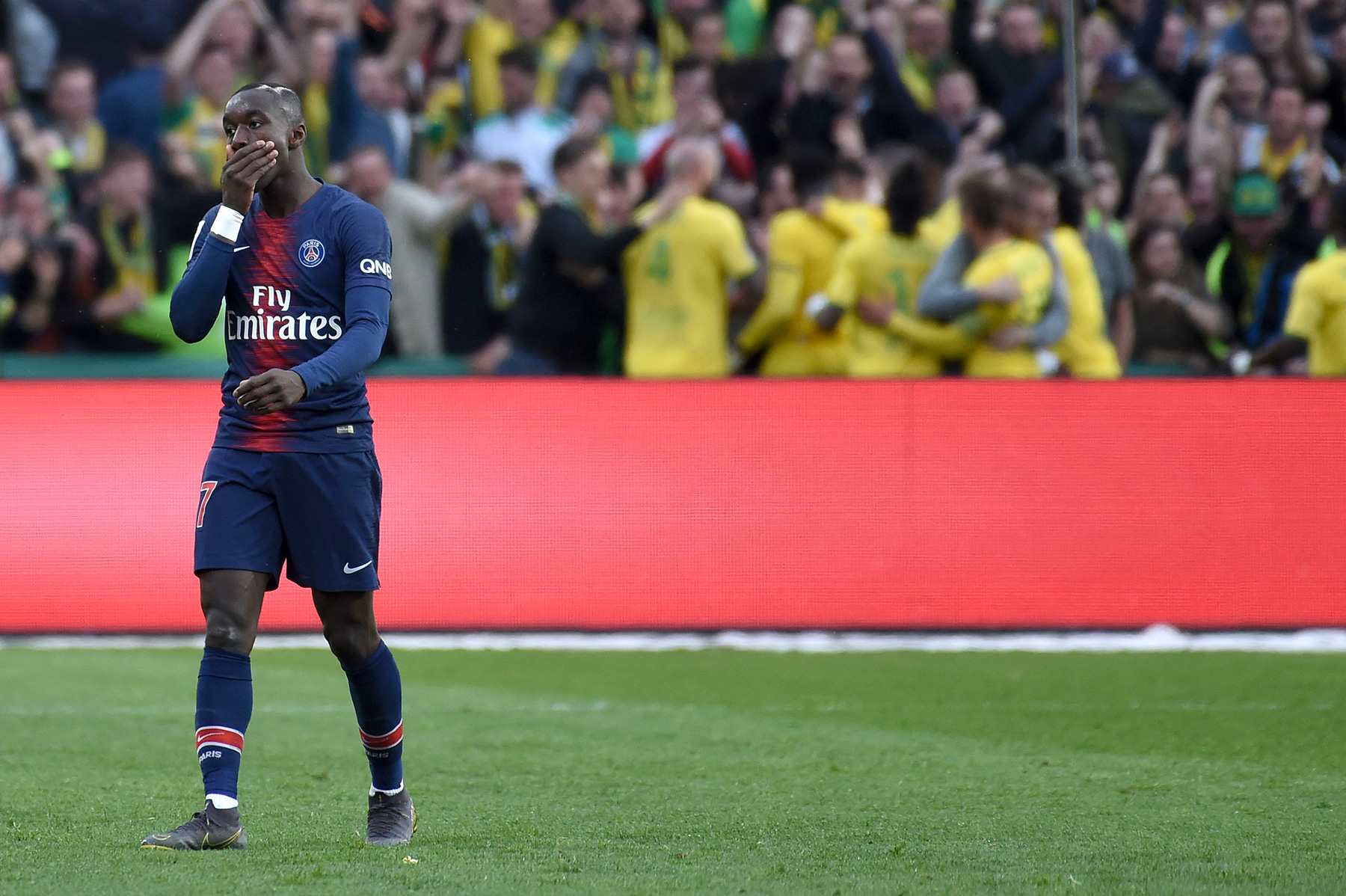 For the third match in a row, Paris Saint-Germain failed to secure their eighth Ligue 1 title. The league leaders traveled to La Beaujoire-Louis Fonteneau to face FC Nantes knowing that a draw or better would be enough to mathematically eliminate Lille OSC from overtaking them in the table. Unfortunately, the champagne will remain on ice for now after Les Canaris came from behind to defeat Thomas Tuchel’s depleted squad 3-2.

The outcome was somewhat expected ever since the club announced who would be available for the match. Nearly a dozen first-team players, including Kylian Mbappé, Edinson Cavani, Neymar Jr., and Angel Di Maria, were left out of the squad due to injury or much-needed rest in the case of Mbappé. Still, there was enough quality in the starting line to at least be competitive against Nantes—or so we thought.

Dani Alves’ wonder goal in the 19th minute lifted spirits and I certainly thought PSG would continue the momentum throughout the rest of the match. Instead, Nantes answered with a brace from Diego Carlos and a third from Majeed Waris. All of Nantes’ goals were scored with relative ease, especially the two off of set-pieces. PSG’s defense was non-existent and Thilo Kehrer struggled mightily. Without Thiago Silva and Marquinhos in the lineup, corner kicks flew into Gianluigi Buffon’s box just begging to be headed into the back of the net.

The final whistle couldn’t come fast enough for Paris supporters. It was the second consecutive loss for Les Parisiens and they have now allowed 10 goals in their last three games while only scoring five themselves. It’s a rough streak of games that we haven’t seen since December of 2016 when Unai Emery was at the helm and PSG won just one game out of five. Given Tuchel’s recent comments though, I can’t help but wonder if this is part of his master plan.

The comments I’m referring to came after the 5-1 loss to Lille last Sunday. After the match, Tuchel said to reporters:

Yes, we’re missing Lass Diarra and Adrien Rabiot. Everyone sees that. And I will tell that to the president, yes. Nobody said anything before because we were winning. Now, everyone has to think.” — Thomas Tuchel, Goal.com

Now, do I think Tuchel is throwing matches to prove a point? Of course not. However, do I think he’s terribly upset that the performance on the pitch is making his point loud and clear? No I do not. Let me be clear, PSG will win Ligue 1. Despite recent results, they have a 17-point lead over Lille and Les Dogues have several tough matches remaining. PSG may not win the league as emphatically as previous seasons but they will win it. What Tuchel is doing is showing PSG leadership that the squad depth he is working with isn’t capable of beating Nantes away much less compete against Europe’s best in the UEFA Champions League. As many of you know from your own jobs, it’s sometimes not enough to tell your boss something isn’t going to work, you have to visually show them and let them experience the failure before they allow you to do what you want. That is what I think Tuchel is doing.

Tuchel is showing leadership—Nasser Al-Khelaifi in particular—that several players are not good enough to play major minutes for PSG. He is showing them that he needs a bigger squad with a lot more quality than he has now to adequately deal with injuries that regularly occur every season. As currently constructed, the top managers in Europe couldn’t win the Champions League with this squad if they all worked together. Tuchel knows this upcoming transfer window is crucial and he’s laying the groundwork to have as much say in the signings as possible.

The former Borussia Dortmund manager isn’t even defending his players after a loss anymore. Following the final whistle against Nantes, Tuchel said, “I have always defended my team but today there is nothing to defend—we clearly deserved to lose this match.” These are tough words from a manager who has run out of ways to motivate this current crop of players. It’s not a great sign but Tuchel didn’t come to PSG to try and win Ligue 1 with Eric Maxim Choupo-Moting and Christopher Nkunku. He is without his stars and the B and C team simply isn’t up to his standards and the losses prove his point.

As a supporter, it’s frustrating to lose to Lille and Nantes. That shouldn’t happen given PSG’s financial resources. However, I’m optimistic that with fewer Financial Fair Play restrictions, a new shirt sponsor, and several player sales, that Tuchel can mold this team into his vision and stock the cabinet full of quality players capable of a deep run in every competition next season.

‘We Must Do More’ – Kylian Mbappé Understands PSG’s Attacking Trio Needs to Improve
7 December 2021, 7:00
Follow Us