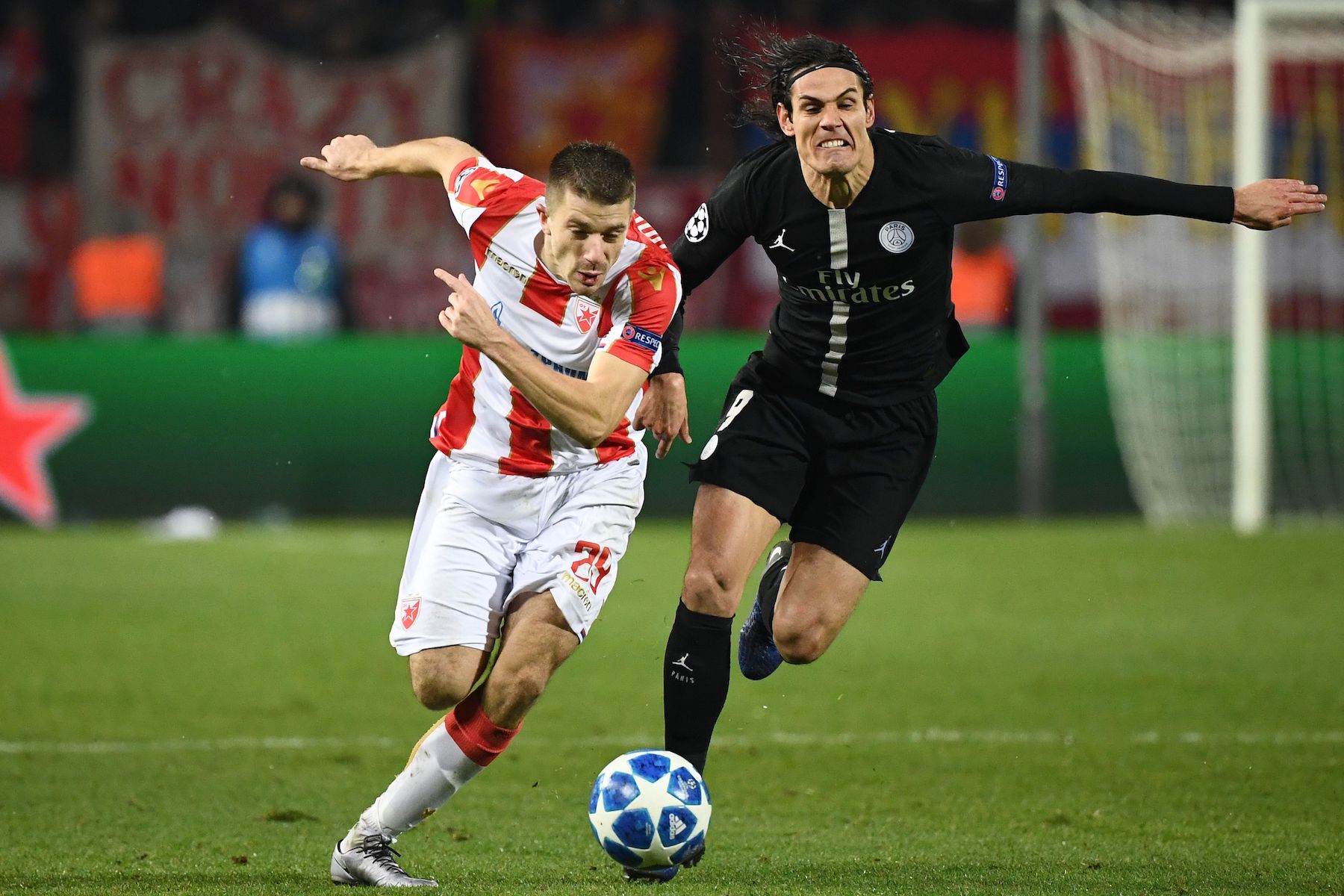 Paris Saint-Germain traveled to Serbia on Tuesday to face Red Star Belgrade in the sixth and final game of the UEFA Champions League group stage with plenty on the line. A win would see them through to the knockout round and likely top the group depending on what happened in the other game between Liverpool FC and Napoli. A loss and, well, all hell would break loose.

On the latest episode of PSG Small Talk, host Marc Damon recaps PSG’s 4-1 win at the raucous Rajko Mitić Stadium where the hosts needed a win to try and qualify for the UEFA Europa League. The scoreline tonight is even more impressive when you consider both Liverpool and Napoli failed to win at Red Star’s home ground. While those two clubs came up short, PSG put on a clinical performance when it was needed most.

Edinson Cavani opened up the scoring in the 9th minute with an easy tap-in following a cross from Kylian Mbappé. The Uruguayan has been somewhat forgotten about in a team full of stars but his ability to find space in front of goal and finish will be vital as the club progresses through the tournament. Not to be outdone, Neymar Jr. scored the game’s second goal in the 40th minute off another assist from Mbappé. We should have known the game was in the bag then considering PSG has yet to lose in games where the Brazilian scores (29-0-2). However, there was some drama in the second half.

Red Star scored in the 56th minute and some cynical PSG fans might have thought this was the beginning of yet another epic collapse. Not tonight. Marquinhos, who was outstanding yet again as a defensive midfielder, scored a header in the 74th minute to put PSG up 3-1 and all but seal the victory. Mbappé added another goal in stoppage time to add to his two assists. Did you know that he’s only 19-years-old?

After recapping the match, Damon looks ahead to potential opponents in the Round of 16. From Atlético Madrid to Manchester United, there are plenty of intriguing matchups and for the most part, should be favored over just about any team they’re drawn against. The draw on Monday should be interested.