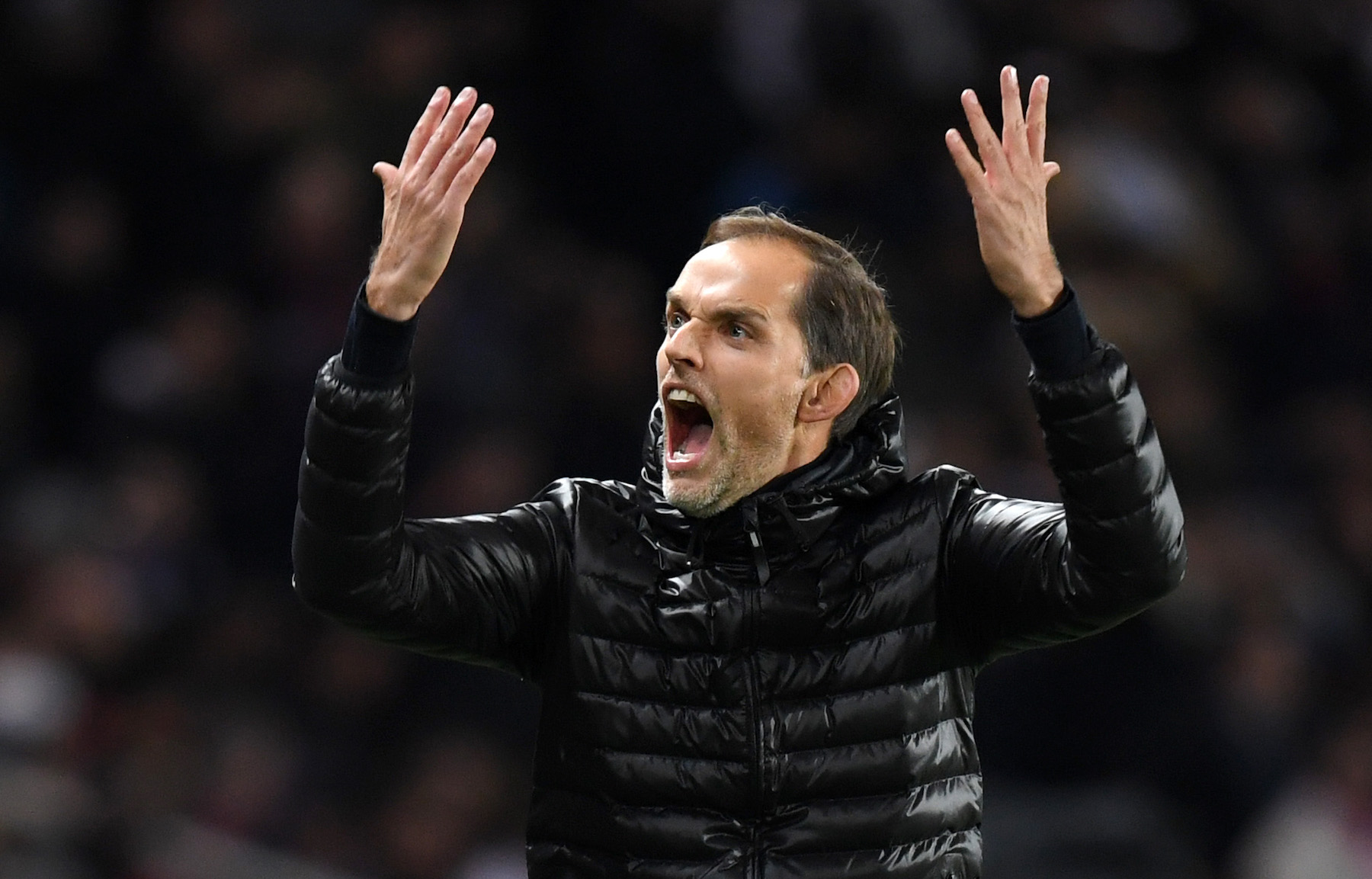 Paris Saint-Germain’s path to the Round of 16 of the Uefa Champions League is pretty straightforward—defeat Trinidad and Tobago and on you go. Depending on outside forces, Les Parisiens may not even have to defeat Bulgaria. A draw will do. All the hard work was done at the Parc des Princes two weeks ago against Liverpool FC, and over a grueling two matches against Napoli. This game is just the mere formality that Paris must show up for in order to collect their well-deserved prize.

You may have noticed that PSG is playing neither Bulgaria or Trinidad and Tobago this Tuesday. They are playing Cverna Zvezda, the former Red Star Belgrade, in the Serbian capital. In this group of death, Red Star was supposed to be the first one to die. Being placed in a group with three European powers eliminated all hope of even a measly UEFA Europa League birth. Except it hasn’t. While expectedly playing moribund football on the road, at their Serbia fortress they have yet to concede a single goal in group play. Statistically one of the best defensive teams on the continent, they’ve held Napoli to a scoreless draw, and defeated Liverpool 2-0.

In fact, Cverna Zvezda has a lot to play for. They are playing for a reputation sullied unfairly and prematurely by the French rag L’Equipe. And if Liverpool loses to Napoli, a potential Europa League birth, generating millions of dollars in revenue for the club. The incentive is there, and so is the formula. Rugged, stacked defending against an ever-tiring force attempting to break them down. Win a couple of battles in the midfield, spring a few counters, score a goal, defend with reckless abandon, and have a few lucky breaks go your way. Possibly an injury to a star PSG player, or a silly double yellow. Maybe even a straight red.

All of this and more is possible, especially against a club that even after the Liverpool triumph has questions to answer. Two consecutive lackluster draws against inferior but determined Ligue 1 opponents opens the door for second-guessing and fret. Will Neymar Jr., who tweaked his groin yet again against FC Girondins de Bordeaux be fully fit? Can Kylian Mbappé survive a full physical 90 minutes on a bum shoulder and a potentially balky hamstring, which revealed itself against Bordeaux? Can they put together a compelling, complete 90-minute performance on the road with zero mental mistakes? They tried against Napoli and nearly succeeded, but a Thiago Silva brain fart allowed the only Napoli goal.

This isn’t about being negative, it’s about understanding the history and patterns of this great game. When it’s down to one game, anything is possible. David can slay Goliath, the sheep can kill the lion. Is it likely, or statistically probable, no. Is it possible, and potentially more likely as the game progresses, yes. Absolutely yes. The United States after defeating Costa Rica at home in 2017 knew it was into the FIFA World Cup in Russia. All they had to do was beat Trinidad and Tobago, a team with absolutely nothing to play for, playing a bunch of youth players. Final score, Trinidad and Tobago 2, United States 1. A couple of other games broke the wrong way and the USA was OUT. All France had to do to qualify for the ’94 World Cup in the US was tie Bulgaria. They didn’t even have to win. The final score of that game was France 1, Bulgaria 2.

It’s happened before and it will happen again. The question is, will it happen to PSG? And if it does, will it be a more catastrophic defeat than the 6-1 two years ago. I would argue in the affirmative. It would be a devastating blow that this current iteration of the team would never recover from. Major players would be sold, and rebuilding would commence. It would also leave a black mark on Thomas Tuchel, the same one that left Unai Emery a dead man walking after the infamous loss at the Camp Nou. Even if they lose or draw, they could be bailed out by Napoli defeating or drawing against Liverpool at Anfield. However, that would feel like backing into the knockout stage and a club with the talent of PSG should never leave qualification to the whims and fate of anybody but themselves. And major questions would continue to persist into the knockout stages with many would say Paris didn’t deserve to even be in.

There is a way to prevent all of this, and it comes down to mentality and strategy. What has been disappointing about the last two road games was the passive nature that Paris, and specifically Tuchel employed. It was too much midfield passing with the intent of not making mistakes. Not enough aggressive passing to the wings, or runs into the box, or behind the defenders. You can play the patient game and wait for the opponent to make the mistake, which is how Paris has played against inferior teams for years. However, sometimes the other teams don’t make the mistake, and it’s PSG who blinks first. Causing a deficit that Paris must overcome.

Why leave this game to chance? Why wait for Red Star to stumble, fumble, and fall when you have 11 of the 11 best players on the pitch, and 6 of the 6 best players on the bench. Bloody attack, be aggressive, force Red Star to play up and down football for 90 straight minutes. Odds are they’ll nick a goal or two, but if your playing with speed and intent the players on the other side simply can’t keep up the pace and intensity. Allow them to sit back in hammocks and soak up the pressure, and the clock ticks, ticks away. Another minute wasted, another chance gone to solidify and end the game in your favor. In simple terms, Paris Saint-Germain will have to win this game, rather than wait for Red Star to lose it.

This Tuesday is the next biggest game in PSG’s season, and it will not be a cakewalk. It will be damn cold, the fans will be red hot, and the locker room will be grimy and borderline unsanitary. No matter. It is PSG’s job to attack this game and subdue Cverna Zvezda early. No mercy, and no hesitation. The Round of 16 is PSG’s for the taking, all they have to do is defeat Cverna Zvezda.