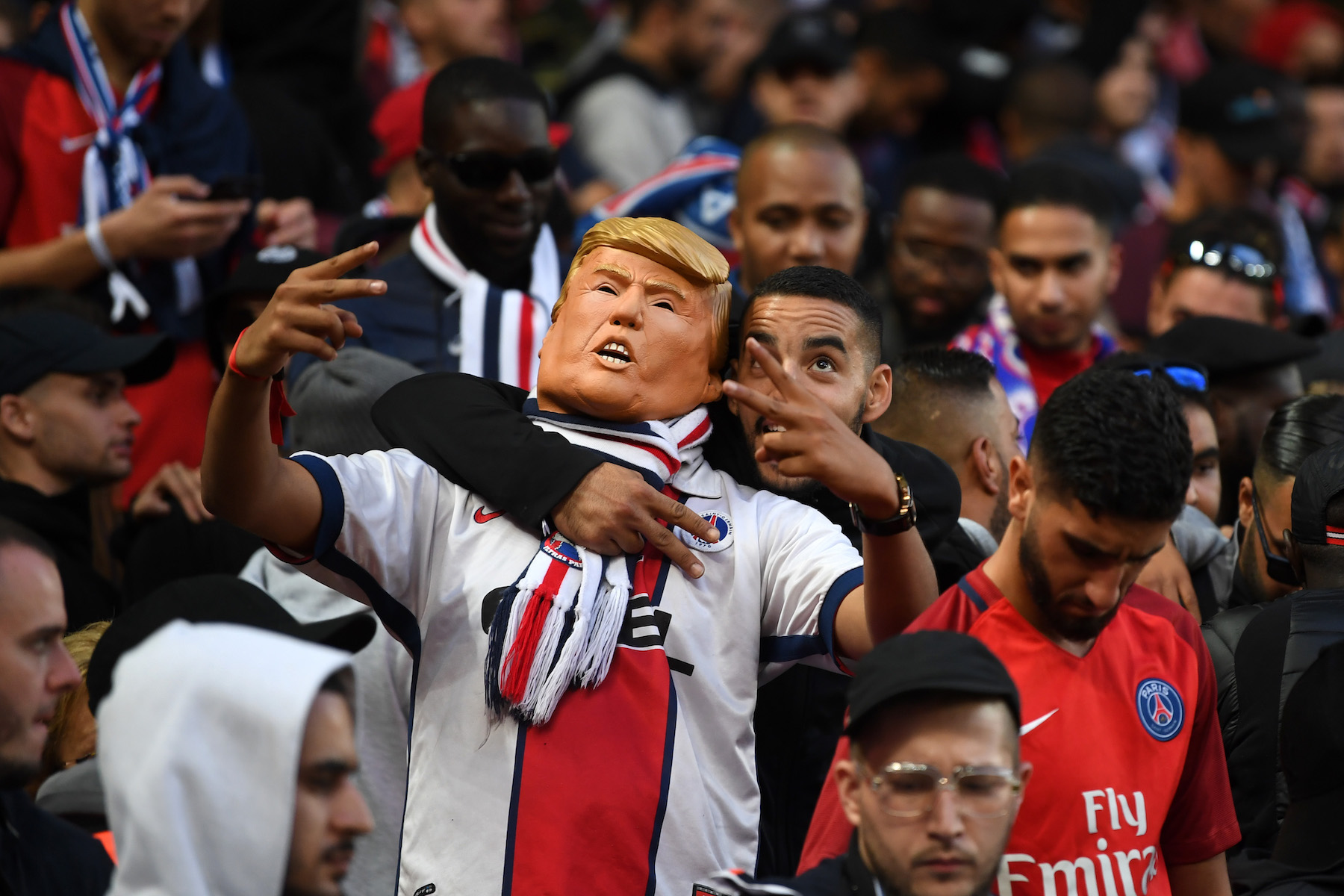 One of the most recognized clubs in world football, Paris Saint-Germain made headlines in recent weeks due to their collaboration with Jordan Brand and their heartbreaking loss to Liverpool FC in the UEFA Champions League.

For supporters, the collaboration with Jordan was a point of pride in just how far the club has come. For detractors, it was ammunition to use to kick the club when they are down.

Not to worry, PSG: you’ve got lots of good branding

Why is there such a divide between love and hate when it comes to PSG? It’s something unique to the reigning French champions. Sure, Olympique de Marseille, Olympique Lyonnais, and AS Monaco supporters will always hate Paris and that’s understandable. But, what about football journalists who take every cheap shot they can at the club? Fans of other clubs in other countries even take time out of their day to tweet their negative thoughts about PSG. Paris Saint-Germain is the most polarizing club in the world.

To many football fans, their hatred towards PSG stems from the fact that they resemble the “rich kid” who was born with a silver spoon in his mouth. They [PSG] live this life of luxury but can never reach their full potential. In PSG’s case, their full potential is capturing a Champions League title.

Like the “rich kids,” PSG has a gorgeous house (Parc des Princes), all of the nicest toys (Neymar Jr., Kylian Mbappé, Thiago Silva, Angel Di Maria, Gianluigi Buffon), and a strong family backing them in everything they do (PSG Ultras, sporting director Antero Henrique, and club president Nasser Al-Khelaifi). The issue is that despite all of the advantages, they have fallen short of their full potential.

Along with the social media outcry, there has been a growing suspicion that the team is not liked due to the addition of Neymar and the “drama” that comes with him. Since his addition in the summer of 2017, the main storyline surrounding the former FC Barcelona man is that he brought nothing but distractions to the Parc. This has led to pundit and former player Martin Keown making the following statements:

“When I watch them, I do not see a team who demonstrate a love for one another.”

“I don’t see any enjoyment in Neymar’s play.”

Keown is not the only so-called expert that believes PSG has some locker room drama. It’s almost like all football media got together and decided that the narrative of Neymar and Mbappé not liking each other will be the main focal point for the season. This, of course, feeds into their anti-PSG bias and in their minds, if they write about unrest at PSG maybe, just maybe, the team will implode.

On the flip side of this argument, there are plenty of reasons why the French giants have amassed such a cult following, but winning is first and foremost. Since the Qatar Sports Investments takeover in 2011, Paris has won countless domestic trophies, including five of the last six Ligue 1 championships. I discovered the team myself last season and it was the winning and the lovable personalities of Edinson Cavani, Silva, and Di Maria who lured me to the red and white of PSG.

Currently, the team sits in a divide amongst football fans. You have people who can’t stand the club and actively hope they lose in spectacular fashion in the Champions League. You also have the loud and proud PSG supporters who will support the team they love no matter what.

The team has gone global and for many, they have not earned that right, so no matter how well PSG perform, they will always hold animosity towards them. Even with their detractors, PSG continues to make waves both on the pitch and off and remain one of the most fascinating clubs in the world.