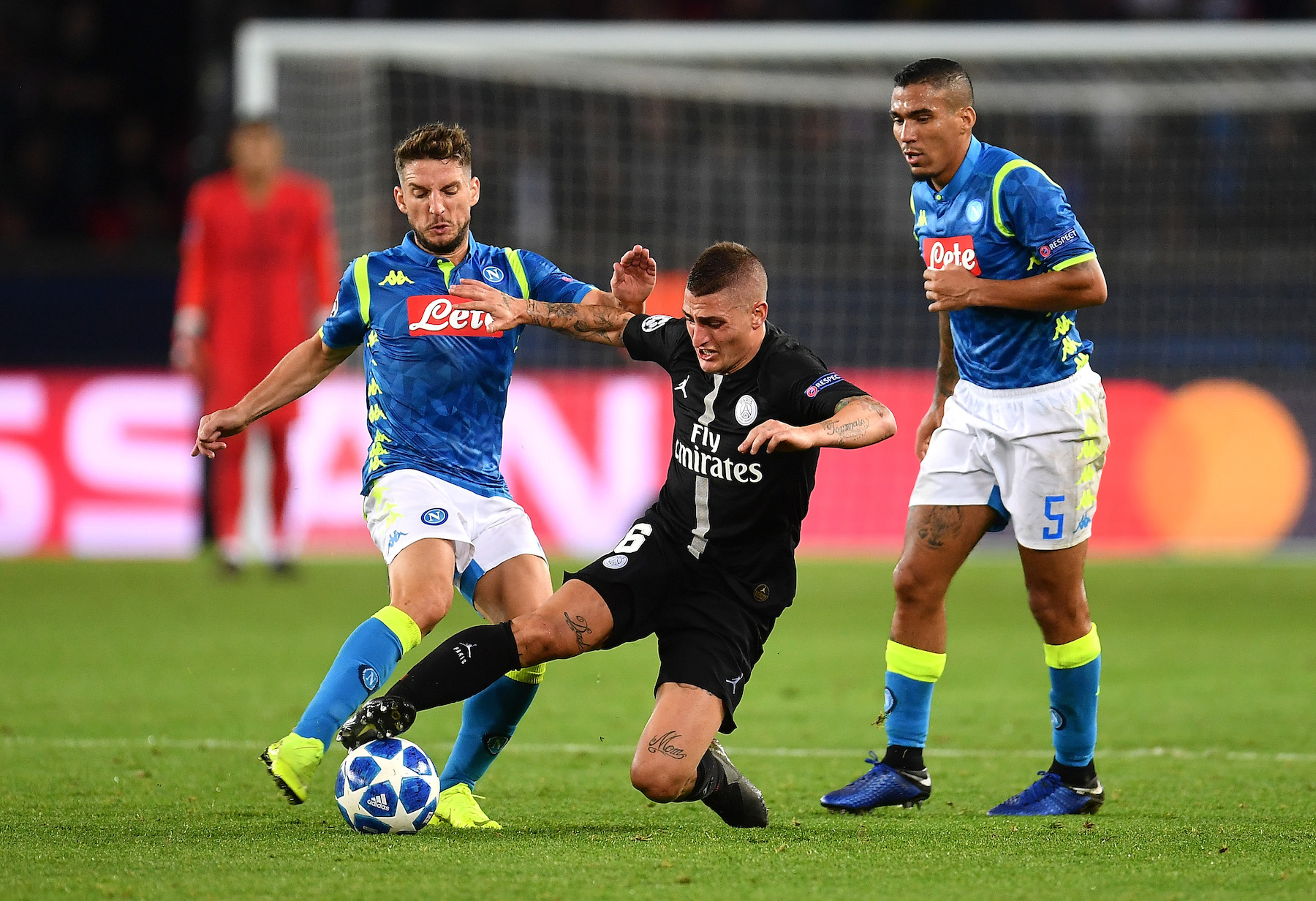 Despite what outsiders may think, it’s difficult being a Paris Saint-Germain supporter.

We go into every season with so much anticipation and dream of UEFA Champions League glory only to have it ripped away in the most devastating fashion possible. Last Wednesday, PSG welcomed Napoli to the Parc des Princes for what should have been a great game of football and instead, supporters were treated to the same uninspired play for 90 minutes until a bit of Angel Di Maria magic kept their Champions League dreams alive.

On the latest episode of PSG Talking, host Guillaume welcomes James Teague and Mel Brennan to discuss in detail what exactly went wrong against Napoli and how PSG supporters should feel. Should we be relieved that Di Maria’s goal kept them alive in the Champions League group stage or should we be irritated at another piss-poor performance from a team full of world-class talent?

Perhaps the most disappointing aspect of the Napoli result, as Mel eloquently describes, is the effort wasn’t there. You watch a club like Liverpool FC and you see their players giving maximum effort over 90 minutes whereas PSG players seem to take 45 minutes before deciding to kick things into gear. Unlike in previous seasons though, the French giants did battle until the very end and nearly pulled out the win with minutes left in extra time. That wasn’t the case under Unai Emery.

With the result being what it is, can PSG advance to the knockout stage? What changes does Thomas Tuchel need to make with a trip to Naples on the horizon? Will we see youngsters like Moussa Diaby and Stanley N’Soki get the start over more experienced players who seem to be lacking motivation? As always, drama and intrigue surround PSG and we’ll just have to wait and see how it all plays out.

THREAD: Paris Saint-Germain sits in 3rd place in Group C of the Champions League but only 1 point behind Napoli and 2 points behind Liverpool. Let's look ahead a bit…

Video: ‘More Security Behind’ – Marquinhos Discussed the Influence the Tacital Change Had in Win Over RB Leipzig
19 October 2021, 23:20
Follow Us