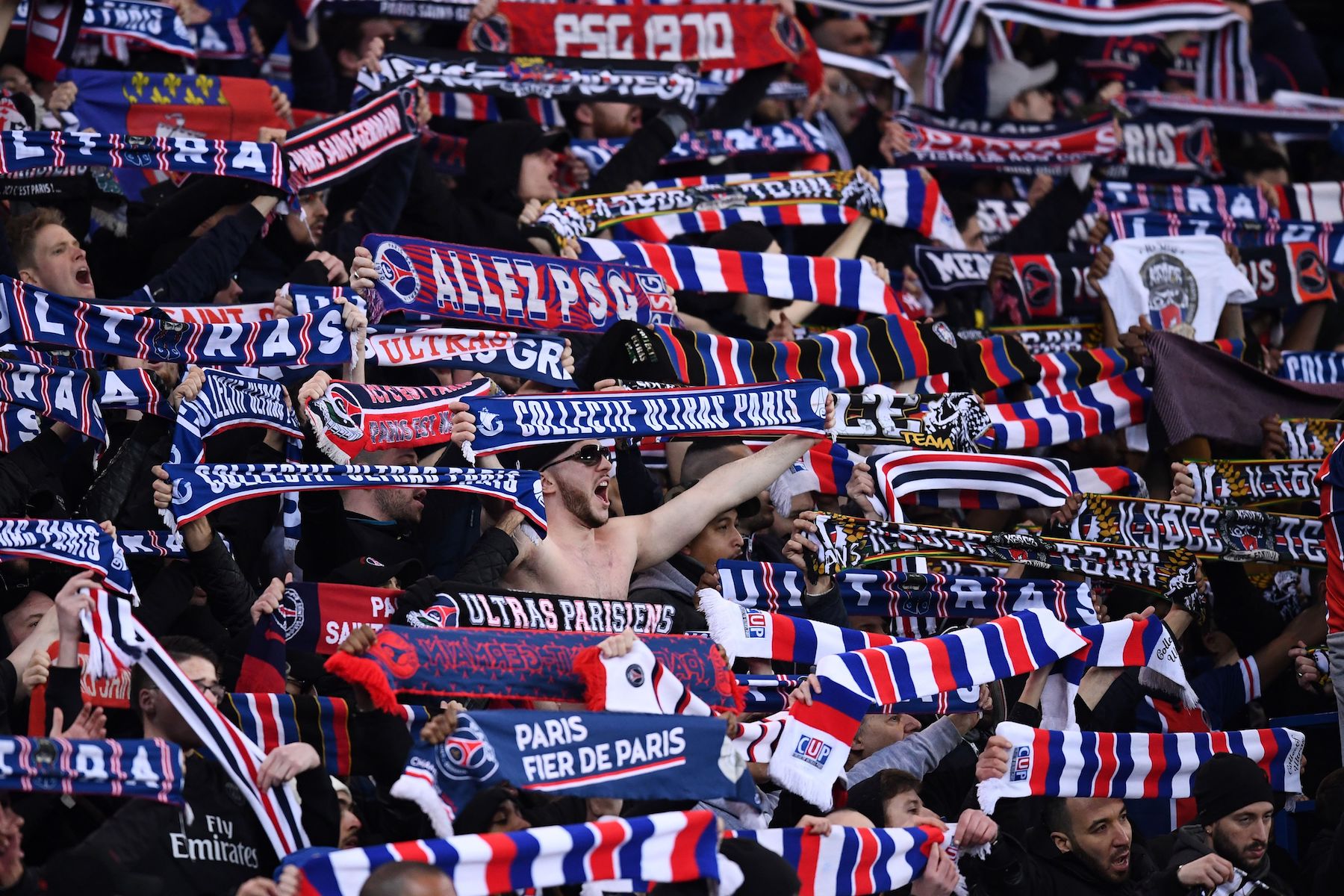 Another season of Paris Saint-Germain football is upon us. On Sunday, August 12, Les Parisiens welcome Stade Malherbe Caen to the Parc des Princes for what will likely be a competitive match. Caen finished near the bottom of the table last season but will come to Paris looking for a result against a team with a new manager and several starters still recovering from the FIFA World Cup earlier this summer. Despite the outcome of this one match, there’s plenty of reasons to be excited about the 2018-19 season and here’s why:

Thomas Tuchel replaces Unai Emery after two tumultuous seasons in the French capital. Despite the financial resources at his disposal, Emery managed to finished second to AS Monaco in Ligue 1 and he blew a 4-0 lead over FC Barcelona in the UEFA Champions League. He also couldn’t make a timely substitution to save his life. Needless to say, I, along with many other PSG supporters, welcome Tuchel’s arrival.

The German will be tested both on and off the pitch. Managing the locker room and the tactics on the pitch is not an easy thing to do but I like what I’ve seen so far. The former Borussia Dortmund manager has officially been initiated into the club by singing at a press conference and he has given a lot of minutes to youth players this preseason. I especially like his dietary restrictions and attention to detail. He appears to be a player’s coach with an astute tactical mind. It will be interesting to see if he decides to play three at the back and mix up PSG’s predictable 4-3-3 formation that they’ve played for years now.

Gianluigi Buffon is one of PSG’s few signings this summer and he arrives as Alphonse Areola comes off his best season in a PSG shirt. I have to imagine Areola will remain the number one choice but if he slips up, Buffon might be the best backup in Europe. In addition to providing cover for Areola, Buffon’s intelligence will do wonders in a locker room full of young, inexperienced players when it comes to big Champions League games. Kevin Trapp is still in the squad and I have no idea why.

Gigi Buffon making an impression with the @PSG_inside fans. #PSGpic.twitter.com/wFJQBg3ni5

Depending on the transfer rumor site you read, Jerome Boateng could be suiting up for PSG very soon. The German has had an amazing career and adding him to a defense with Thiago Silva, Marquinhos, and Presnel Kimpembe should be enough to contend for the major trophies. The question will be, and I mentioned this earlier, is whether or not Tuchel decides to play three at the back or not. If he does, which one of these players will be OK with coming off the bench?

Thomas Meunier may be hated by some PSG supporters due to his social media activities but he’s poised to have a big season. The Belgian had a spectacular World Cup with his national team and I expect that form to carry into the season. Dani Alves is coming off a season-ending injury last year and it will be interesting to see what he has left in the tank. Everyone’s favorite whipping boy, Layvin Kurzawa, is still with the team and has a lot to prove. If anyone can get the most out of him though it is Tuchel. We’ll be able to tell early on if the Frenchman has bought in or has one eye looking towards the January transfer window.

The center of the park might be the weakest area of PSG’s game at the moment. They have yet to sign a world class defensive midfielder and Adrien Rabiot doesn’t know if he wants to stay at the club and sign a new contract or move to Barcelona. As it stands, Lassana Diarra could play a pivotal role in midfield and I’m not sure he is what gets you over the hump in the Champions League.

Marco Verratti is world class but he has yet to take that leap to the next level like Luka Modrić did this summer at the World Cup. I really like what I’ve seen from Christopher Nkunku this preseason and given Tuchel’s affinity for younger players, the Frenchman could see a lot more playing time. Giovani Lo Celso is an interesting player as well. After sitting out most of the World Cup, the Argentine returns to Paris with a point to prove. Can he become the player PSG desperately need in the midfield?

Angel Di Maria is still on the team, somehow, and we likely won’t see the best from him until right before the January transfer window. Julian Draxler has all the potential in the world and perhaps under a new German manager, he can tap into his potential. There’s no shortage of attacking options in the midfield and players who can create but when it comes to being able to possess the ball and stop others from advancing, I’m afraid PSG lack that in spades.

I’m confident in saying PSG have one of the best, if not the best, attacking trio in world football. Neymar Jr., Edinson Cavani, and Kylian Mbappé can fill up the scoresheet and against Ligue 1 competition, I expect them to set all kinds of offensive records. Neymar especially has a point to prove after his meme-filled World Cup experience. Cavani is a consummate professional and Mbappé is a once-in-a-generation talent who has won Ligue 1 twice with two different clubs and has scored in a World Cup final. He’s only 19 by the way.

Keep an eye out for Timothy Weah this season. The American has really impressed during preseason and should see more playing time in order to give Cavani a rest. Gonçalo Guedes would be a hell of a player to have on the bench as a super sub but the Portugal international appears to have eyes only for Valencia CF. If the price is right, I think PSG have to sell their prized asset.

Prediction: Player of the Year

This one is too easy. Mbappé will continue his ascension as the best footballer on the planet and carry PSG to new heights this season. The kid has blistering pace, unbelievable control and pin-point accuracy when firing on goal. Most impressive might be the way he’s handled all of his success at such a young age. Neymar might not be happy about it but PSG is quickly becoming Mbappé’s team.

Going out on a limb here and saying PSG will win another Ligue 1 title. The usual suspects, Monaco, Olympique Lyonnais, and even Olympique de Marseille will push them and the table might be closer than in previous years due to Tuchel giving more time to younger players but PSG should win when it matters and lift the trophy at the end of the season.

Expect PSG to drop out of either the Coupe de France or Coupe de la Ligue early. Tuchel should go with a rotated squad for at least one of these competitions and that should open the door for another team to lift one of these trophies.

Now for the big one, the Champions League. Can Tuchel carry PSG to the title? Well, Real Madrid are now without Cristiano Ronaldo and I think without him, they will not win for the fourth year in a row. Manchester City absolutely blew out their competition in England last season and have to be considered favorites to win the Champions League this season. Even Liverpool FC, who somehow managed to make it to the final, have drastically improved their squad and have everything it takes to make it back. Juventus FC and Bayern Munich are also players who could win the title.

With Real Madrid somewhat weakened, I don’t think there’s a team out there that PSG will line up against and think they’re second best. If the team can win the mental battle, their ability on the pitch should be able to carry them to at least a quarter-final birth. From there, it all comes down to luck of the draw. In previous prediction articles I’ve always said PSG will win the Champions League only to be woefully wrong. So, this year, I’m going with a narrow loss in the semi-finals 😉

Video: Mbappe Delivers for PSG With a Clutch Penalty Goal vs Angers
15 October 2021, 20:48
Follow Us