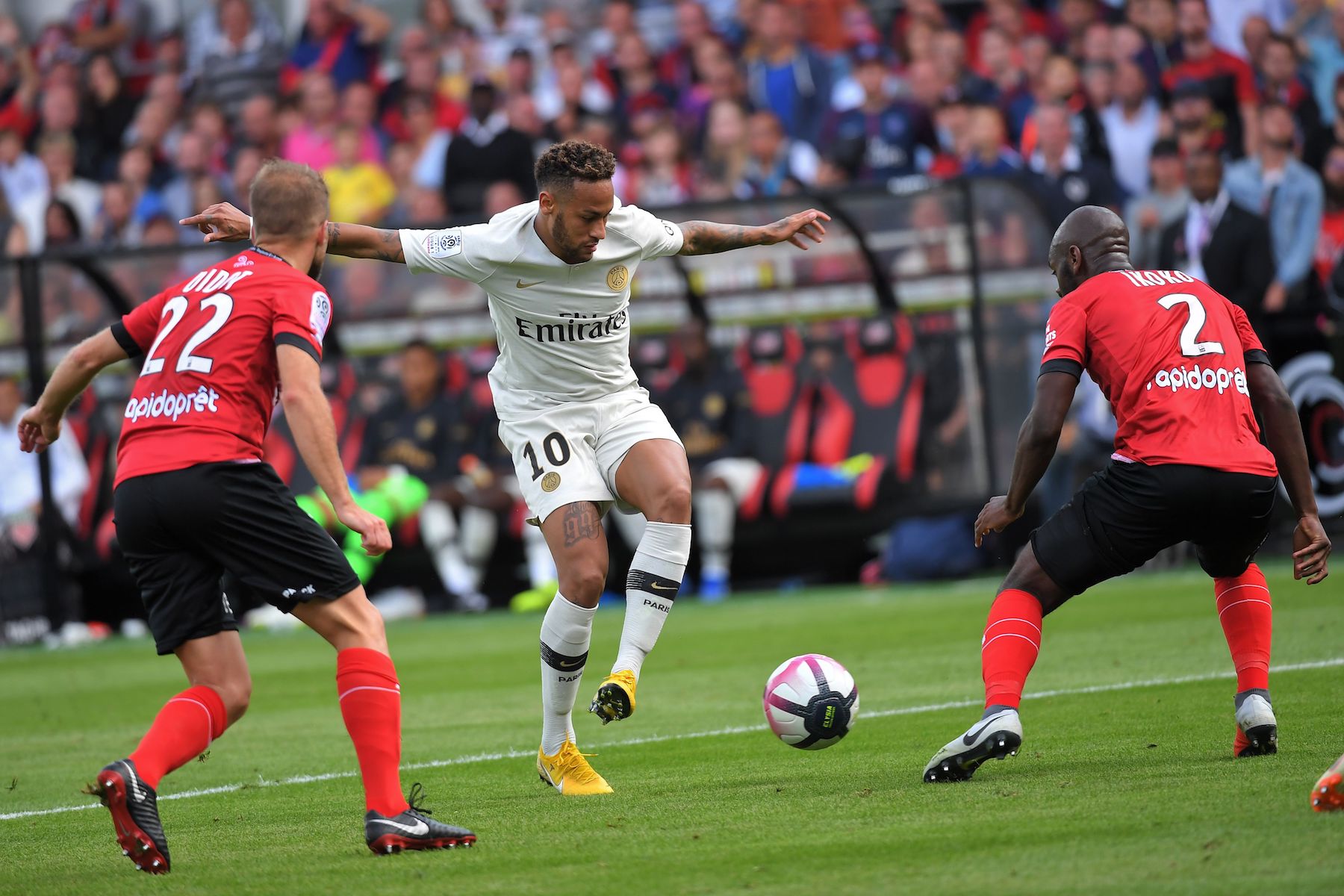 Coming off a 2-1 loss to AS Saint-Étienne in the first week of Ligue 1 action, En Avant de Guingamp’s first-half play showed they were hungry for a win.

Weathering the storm for the first 45 minute, Paris Saint-Germain did not look to be playing to their expected elite level. Missed passes, miscommunication, and a few errors along the way saw PSG trickle into the locker room down 1-0 at the half. Though just a single goal beat Gianluigi Buffon, it could have easily been two if not for a save by the goalkeeper’s bicep in a jaw-dropping display of athleticism. Buffon was arguably one of the best players on the pitch in the opening half as PSG failed to record a shot on goal much less a goal. Guingamp found the back of the net twice…well, sort of.

Guingamp’s first goal came in the 20th minute from Nolan Roux. Moments later, Guingamp went for goal as Buffon came out of his net to challenge, leaving too much space in front of the goal wide open. Guingamp took advantage and the goal they scored seemed to be a good one at the time. After reviewing the play and bringing it to the attention of video assistant referee (VAR), the goal was called off due to an offensive foul in the box. This gave PSG and manager Thomas Tuchal a sigh of relief that they only needed to come back from a goal down in the second half.

Second half scoring was all PSG as it was none other than Neymar Jr. who got the reigning French champions on the board. After drawing a penalty in the 52nd minute, Neymar floated a penalty kick pass Guingamp keeper Karl-Johan Johnsson to tie the match at one.

After sitting out the first half, Kylian Mbappé came in for American Timothy Weah and exploded onto the stage. The Frenchman made an immediate contribution to the club and finished with a brace in only one half of football. Is there anything he can’t do?

Mbappé’s first goal on the night came from a feed from Angel Di Maria, which was buried into the bottom right corner tying the game at one-a-piece. In the dying minutes of regulation, Mbappé scored his second in the 89th minute securing the club’s second win of the young 2018-19 campaign.

This win marks PSG’s second consecutive win in Ligue 1 play. The club will now return to the Parc des Princes on August 25 where they welcome Angers SCO without Karl Toko Ekambi who left this summer for Villarreal CF.