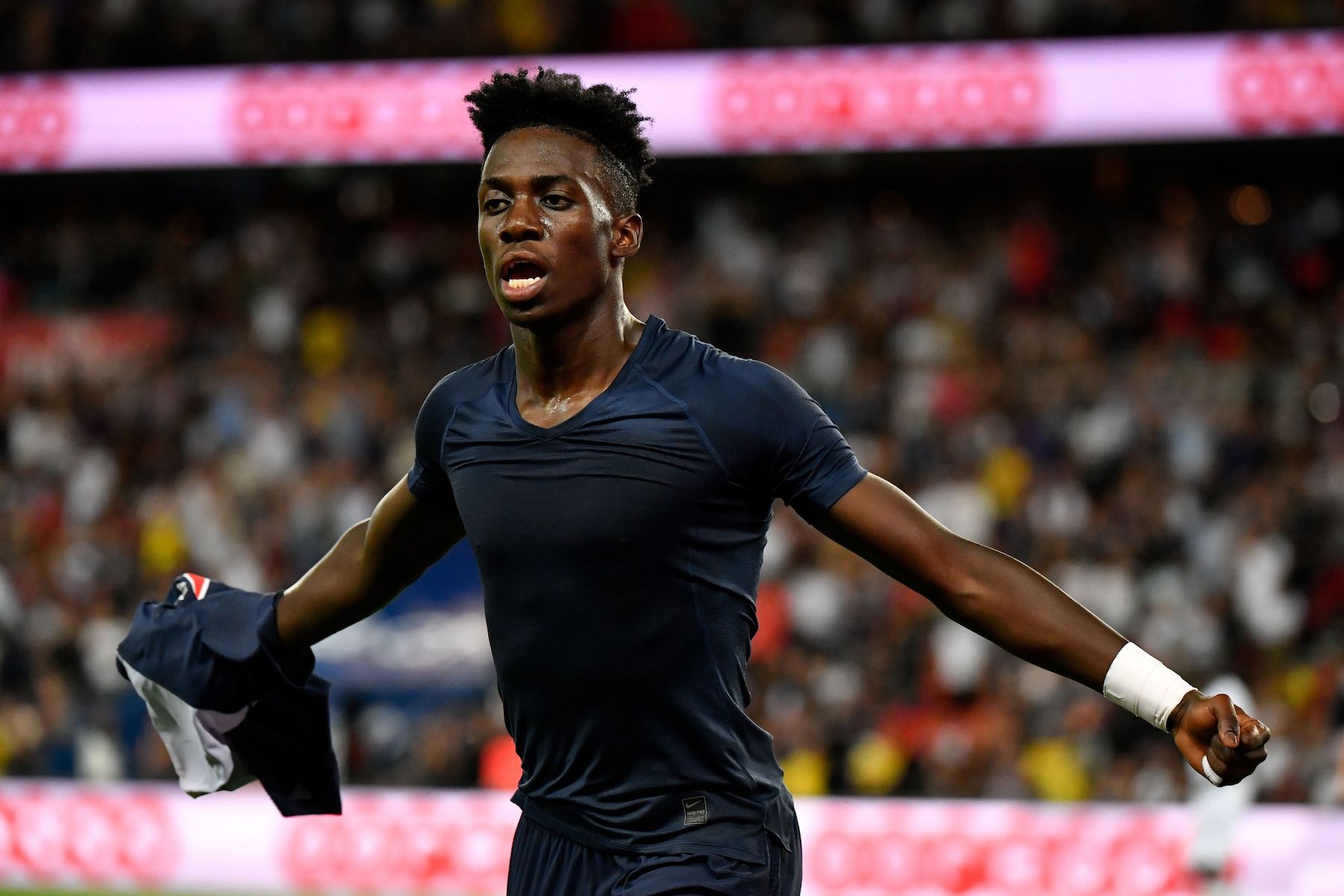 After a long summer, Paris Saint-Germain’s Ligue 1 campaign kicked off on Sunday against Stade Malherbe Caen at the Parc des Princes. The reigning French champions easily dismissed the visitors 3-0 thanks to goals from Neymar Jr., Adrien Rabiot, and Timothy Weah to give new manager Thomas Tuchel his first Ligue 1 win. The victory wasn’t the only topic on the minds of PSG supporters on Sunday though.

On the latest episode of PSG Small Talk, host Marc Damon discusses the emphatic win over Caen, has some choice words for Rabiot, and welcomes the club’s latest signing.

Up first is PSG’s moody midfielder. It’s being reported that Rabiot has turned down yet another contract extension from the club in what is the latest immature move from the Frenchman. Rabiot’s current contract is up at the end of the season and PSG would like to extend it but it appears he has eyes for another club. The problem is, most of the big clubs—FC Barcelona, FC Bayern Munich, Juventus FC—don’t really have a need for him. Of course, Rabiot could move to a mid-tier Premier League side with cash to burn but is that really better than starting for PSG?

At the end of the day, Rabiot needs to tell sporting director Antero Henrique what he wants—and he may have—but he also needs to go public with what he wants. If he wants to leave Paris than say so publically and let’s get on with it. By saying nothing, it’s yet another immature move from a player who is becoming known more for his attitude than play on the pitch.

Next, Damon discusses PSG’s latest signing from Germany—and no, it’s not Jérôme Boateng. Likely because Bayern Munich’s asking price was so high, PSG was forced to move on from Boateng and unbeknownst to everyone, they targeted 21-year-old Thilo Kehrer from FC Schalke 04. The move cost Les Parisiens €37 million, far less than the approximately €50 million Bayern were asking for Boateng, and many Bundesliga experts regard the defender as a promising defender with loads of talent. With several other big clubs interested, the fact PSG signed him without as much as a transfer rumor is truly astonishing. Great bit of business from the club.

Finally, Damon wraps up the episode by talking about the win over Caen and how Tuchel relied on youth to contribute heavily in Sunday’s win. Antoine Bernede, Stanley N’Soki, and Colin Dagba all performed admirably but it was Weah who stole the show towards the end of the match when his first shot hit the post and then finally breaking through in the 89th minute with a goal. It wasn’t all about youth though. Gianluigi Buffon got his first win in Ligue 1, despite a few scares here and there, and Lassana Diarra surprised everyone with a 7/10 performance. We might be seeing a lot more of Diarra this season in the defensive midfield role along with Marco Verratti and Adrien Rabiot. It may not be ideal but so far, the Paris native has looked impressive.

Finally, I should mention the pregame celebration of Presnel Kimpembe, Alphonse Areola, and Kylian Mbappé winning the World Cup with France and the halftime acknowledgment of Javier Pastore who recently left the club to join AS Roma. Both were great moments and shows the class of PSG.

As always, thank you for listening and Allez PSG!