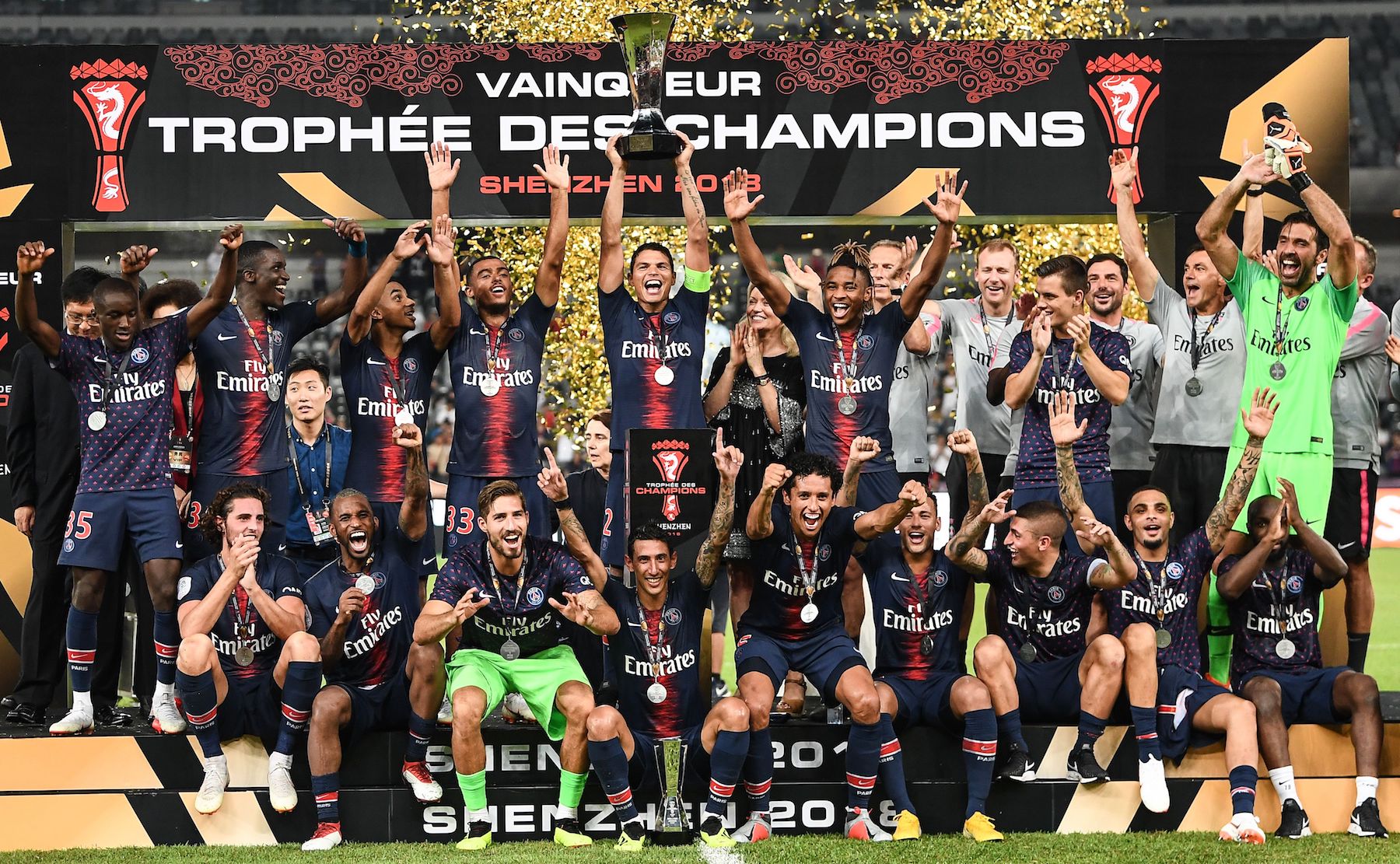 Paris Saint-Germain celebrated another Trophée des Champions title on Saturday as the defeated AS Monaco 4-0 at Shenzhen Universiade Sports Centre. The capital club has now won the French Super Cup the last six years and it sets them up to continue their domestic dominance this upcoming season.

On the latest PSG Small Talk podcast, host Marc Damon is joined by Jon Olangi and Eduardo Razo and the trio discusses PSG’s dominating win over their rivals and look ahead to the 2018-19 season that is only days away.

Scoring for PSG on Saturday was Angel Di Maria, who netted a brace, Tim Weah, who continued his hot preseason streak, and Christopher Nkunku, who is battling for more playing time in the midfield. Leonardo Jardim started a relatively weak squad and PSG took advantage even with their starting lineup that mixed young academy players with several first-teamers. There was a special moment in the second half when Neymar Jr. came off the bench in the 76th minute. It might be the only chance for players like Stanley N’Soki and Colin Dagba to play with the Brazilian star.

PSG’s midfield appears to be much improved as both Marco Verratti and Adrien Rabiot looked to join the attack and move the ball quickly to players out wide. The defense is still very much a work in progress but Thiago Silva returned and played 74 minutes. His presence alone should improve a back line that has looked shaky all preseason.

To wrap up this episode, Damon, Olangi and Razo share storylines they think will dominate the season. From the youth moment within the ranks to Neymar’s emergence as a leader in the locker room, there’s plenty to keep your eye on this season. Thanks for listening!