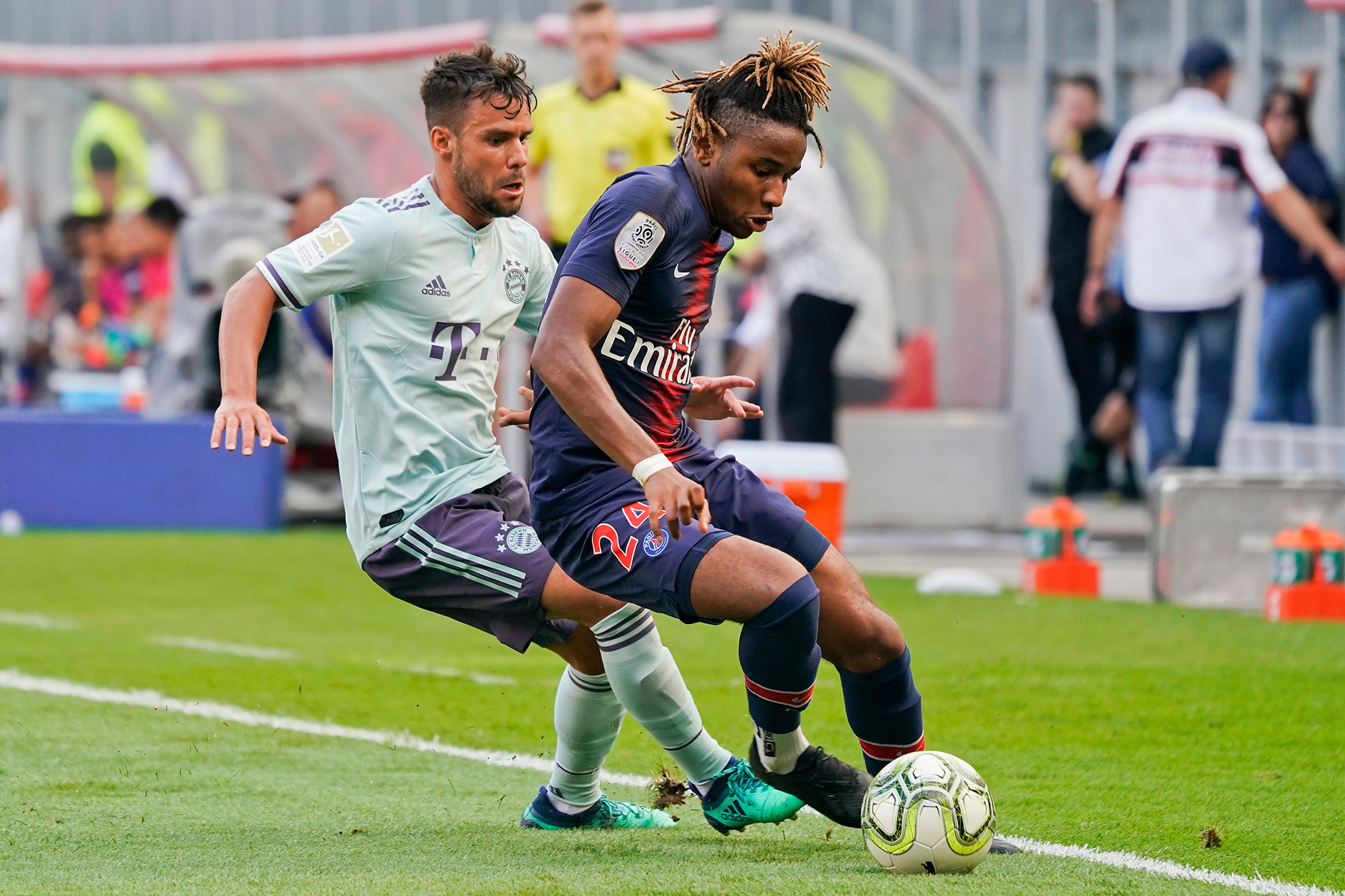 After a long summer, it’s finally time to start focusing our attention on Paris Saint-Germain and to kick things off, Marc Damon is back with his PSG Small Talk podcast. On this episode, Marc discusses the club’s loss to FC Bayern Munich and highlights several players who made an impact. He also focusses on the Adrien Rabiot situation and explains why PSG shouldn’t sit on their hands and let the Frenchman drag his contract negotiation into the season.

The club kicked off their preseason tour Saturday as they faced Bayern in the 2018 International Champions Cup. Les Parisiens fell to the German champions 3-1 with Timothy Weah scoring the lone goal. Bayern did their damage in the second half but fans of PSG’s lone signing this summer will be glad to hear that only one goal came with Gianluigi Buffon in net. Rabiot, Lassana Diarra, and Timothy Weah also started the match but that’s where the familiar names ended. The likes of Colin Dagba, Stanley N’Soki, and Azzeddine Toufiqui received valuable playing time and it was a good opportunity for new manager Thomas Tuchel to figure out which fringe players need to be loaned out or sold. Christopher Nkunku continues to improve and while his finishing needs work, it’s clear that he is a special talent and should feature in more games this season.

Going back to Rabiot for a second, it’s becoming obvious that PSG will need to part ways with their moody midfielder sooner rather than later. He has yet to sign a contract extension and with clubs like FC Barcelona lining up for his services, it will be better to cash in on his potential now rather than lose him in January for below market value or next summer for nothing. If PSG can line up a replacement, Rabiot could be gone by mid-August.

Up next for PSG in the ICC is Arsenal on July 28. It will be a chance to face their former manager, Unai Emery, and give more playing time to youngsters with many first teamers still recovering from the FIFA World Cup.