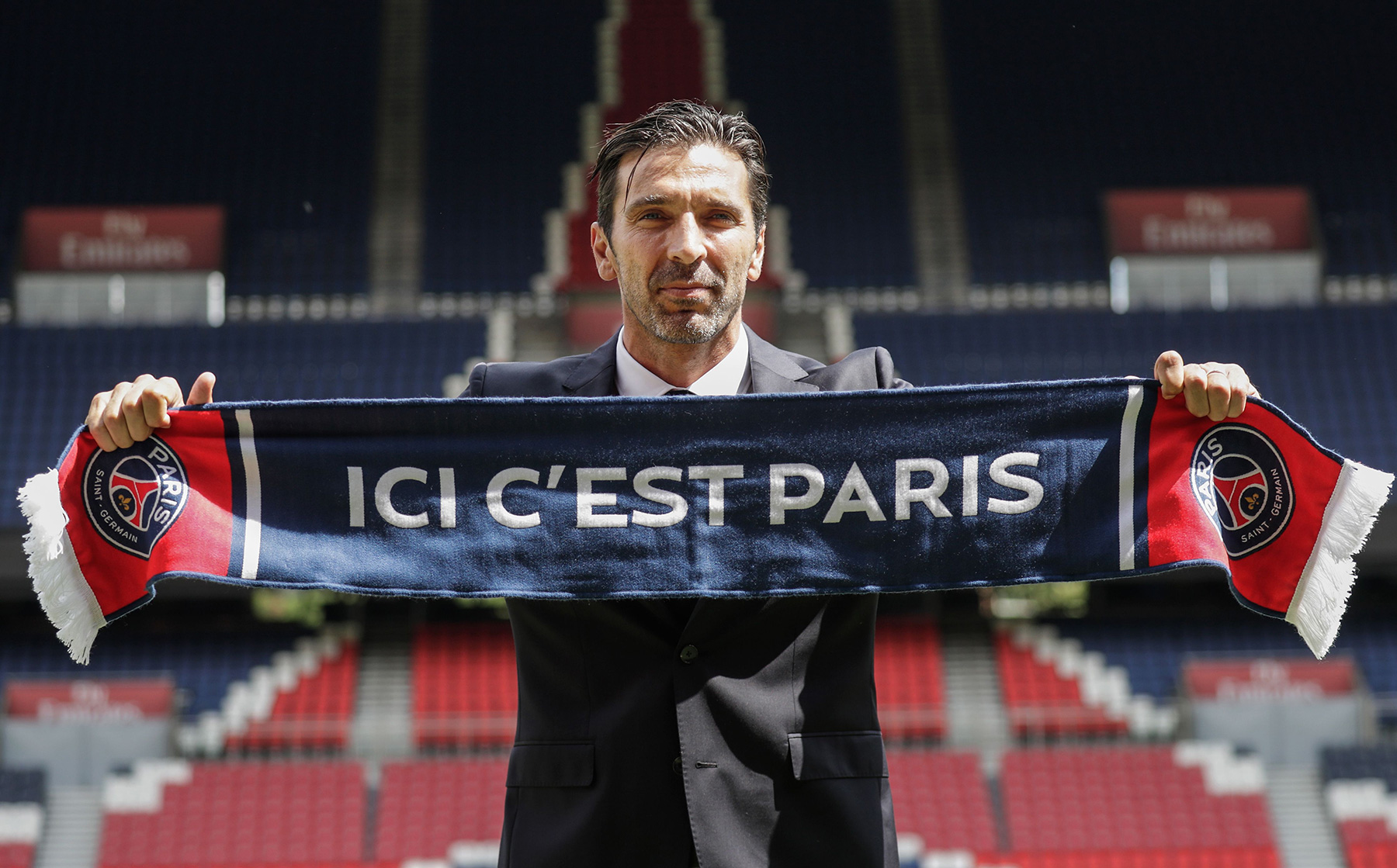 On the eve of the semi-finals of the FIFA World Cup, Paris Saint-Germain steals headlines with a big-name transfer that could lead to UEFA Champions League glory.

Over the weekend, PSG tweeted that they had officially signed Gianluigi Buffon on a one-year deal with the capital club and on Monday, the Italy international was unveiled at a press conference. The 40-year-old arrives in Paris after an illustrious career with Juventus FC and despite his age, many still regard him as one of the top goalkeepers in world football. On the latest episode of PSG Cup Talk, host Marc Damon and fellow PSG Talk contributor Eduardo Razo discuss Buffon’s arrival and what it means for the team and perhaps more importantly, current starter Alphonse Areola. Whether the experienced Italian becomes PSG’s starter or not, his experience will be a welcomed addition to the locker room, especially for the club’s younger players who need to learn how to battle through adversity.

For the first time in my career, I am leaving my country and only a project as ambitious as this could have encouraged me to make such a decision. – Gianluigi Buffon

Without burying the lead too much, there is a World Cup semi-final match on Tuesday between France and Belgium and then another on Wednesday between Croatia and England. Is it coming home or can France live up to expectations and win a final after falling to Portugal on home soil at UEFA Euro 2016. Croatia survived a scare against host Russia and certainly have the quality in midfield to hoist the cup. Belgium essentially has a Premier League all-star team and no one should be surprised if they’re the last team standing.

Other hot-button issues Damon and Razo discuss include criticism directed towards Brazil and PSG star Neymar Jr., what went wrong for Mexico, and some juicy transfer rumors as we look ahead to preseason.