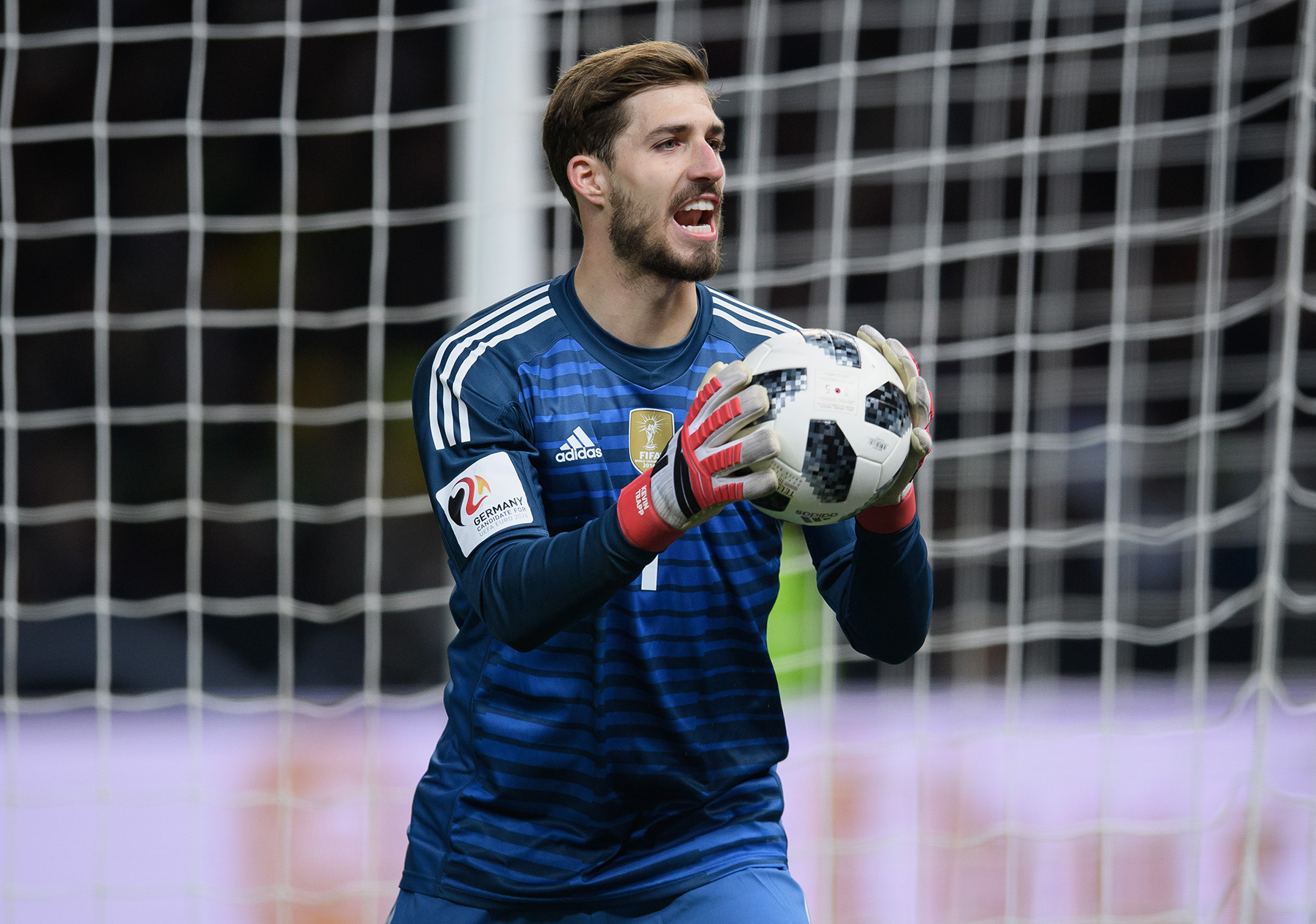 Nothing is more exhilarating for a football fan like myself than the FIFA World Cup. Considering that most of my close friends only follow American football, basketball, and some baseball–so when the NBA Finals are over, they get bummed out about having to wait three months to watch what they perceive as a proper sporting event. Luckily, I have no clue what that feels like because there is usually some sort of football tournament on television during the summer–none bigger than the World Cup, so my sports fandom is fulfilled throughout the year. Yes, I’m aware that baseball season is active during the summer as well, but I side with my friends in not being interested in mid-season baseball in 2018. My excitement for the World Cup this year isn’t solely based off the allure and magnitude of the tournament but is also for the Paris Saint-Germain players who have been called up by their national teams to feature in Russia.

There will be a heavy dose of PSG players included in some of the favored countries at this summer’s tournament: Neymar Jr., Thiago Silva, and Marquinhos for Brazil. Angel Di Maria, Giovani Lo Celso for Argentina, Gonçalo Guedes for Portugal, Kylian Mbappé, Alphonse Areola, and Presnel Kimpembe for France, Julian Draxler and Kevin Trapp for Germany, Thomas Meunier for Belgium and Grzegorz Krychowiak for Poland. Most of these call-ups were anticipated, but Trapp was the surprise inclusion in my opinion given his lack of playing time and form over the past two seasons. Furthermore, Germany boss Joachim Löw naming Trapp in the 23-man squad justified my theory that Kevin Trapp has gotten more than enough chances to prove his worth on the biggest stages and has shown to be average at best–still, he continues to be given more opportunities than he warrants.

I find it fascinating that Trapp hasn’t taken a real hit in his career considering his subpar performances and continues to receive more opportunities. This rarely is the case for other players who experience the same dip in form. A string of poor performances doesn’t usually end well for athletes in any sport, but the Germany international seems to have evaded that entire narrative. Now, I’m sure this year was a personal hit for the 27-year-old, as he mostly featured in domestic cup matches for Les Parisiens, which are usually slated for the second goalkeeper on the roster. Trapp only appeared in four Ligue 1 matches and had zero UEFA Champions League action, as he had to accept a backup role to France international Alphonse Areola–who has proved to be worthy of the number one spot in PSG’s goal.

Trapp has made it clear that this season in Paris was “not satisfying.” He has been linked with a move to Arsenal FC to join former manager Unai Emery, and there has been rumored reports that he has already agreed to a three-year deal with German side Borussia Dortmund. It definitely appears as though a return to his home country to play for a top European team is very much in the cards despite how bad he’s looked at the Parc des Princes. It’s really an intriguing thing to analyze when we hear Trapp speak about his frustrations over a lesser role with PSG considering how many chances he’s had to prove himself.

1 – Kevin Trapp has now played more minutes against his current French teammates from PSG Layvin Kurzawa, Kylian Mbappe & Adrien Rabiot than alongside them in all comps this season. Paradox. pic.twitter.com/wd74ru5ZYq

Since his arrival in July 2015, Trapp’s appearances have dipped insurmountably each year. In his first season in Paris, with 35 league appearances along with 10 in the Champions League, the former Eintracht Frankfurt man usurped the now Torino FC keeper Salvatore Sirigu, and seemed to have found himself a starting job for a big club. Meanwhile, PSG thought they found their starting keeper for the present and future. During the 2015-16 season, the Germany international kept 18 clean sheets in 35 Ligue 1 appearances–he also had an impressive average of 3.5 saves per goals given up, slightly edging out compatriot Manuel Neuer (2.5) and Real Madrid shot-stopped Keylor Navar (3.0).

In the 2016-17 season, Frenchman Alphonse Areola returned from his loan spell for La Liga side Villarreal CF and immediately posed a threat to Trapp’s starting job. His Ligue 1 appearances did not dip as much in the 2016-17 season (35 to 24), but it was evident in the Champions League where Trapp went from 10 to 2 appearances. It was clear to the new manager at the time, Emery, who he wanted in front of goal in big matches. I, like a lot of supporters, was on the fence about both Areola and Trapp. I had not seen enough from Areola to be confident he could be the clear number one, and Trapp wasn’t doing enough to distance himself as the clear number one. The nail in the coffin for most came in the infamous 6-1 defeat to FC Barcelona in the Champions League. One of the worst performances I’ve seen collectively from a big club in a major competition and the optics show Trapp all over that embarrassment. Barcelona played inspired that night scored some incredible goals, but some of the goals given up in that match showed us the real Kevin Trapp.

Prior to the 2017-18 season, it still wasn’t clear who the number one goalkeeper would be for Paris Saint-Germain, but it didn’t take long for Emery and PSG supporters to get their answer. In a pre-season friendly against Tottenham Hotspur, Trapp had one of his worst performances in a PSG shirt. In the 17th minute of the match, attempting to play the ball out of his own end–instead of clearing the ball into the field of play, Trapp kicked the ball right at Spurs midfielder Eric Dier, and in the most Kevin Trapp way, the ball ricocheted straight into his own net for a Tottenham goal. Things turned from bad to ugly in the 44th minute when he got a straight red card for dangerously sticking his foot out and tripping Harry Kane–soon after touching the ball with his hand outside of the penalty box.

This match was a sad sight for spectators because you never want to see an athlete capitulate in front of the whole world, knowing the virtual thugs who roam the internet streets weren’t going to let him forget about it. Trapp is a good but not great goalkeeper and there are matches where he shows his amazing reflexes and close-range shot-stopping abilities. Everything wrong with his performances seems to be mental and that generally tells us the real level of a player, no matter the ascension or dip in form. We pundits and supporters never play close enough attention to a player’s true level unless it’s transparently in our face. Some athletes are overachievers and they are the rare breeds–you also have players who disguise their flaws really well depending on the supporting cast. Unfortunately for Trapp, a goalkeeper in football does not have the luxury of hiding flaws or anything close to it.

Trapp has two more seasons left on his contract and has admitted to wanting to see out the remainder. PSG though, could possibly have some financial restraints to deal with in the next transfer window and have to consider all of their options. Those options include offloading fan favorites who have been in Paris since the beginning of the Qatar Sports Investments project, as well as weeding out guys who aren’t performing at the necessary level of playing for a top five European club. Nasser Al-Khelaifi and the Paris front office can be pragmatic in their process of unloading Trapp, knowing they have given him every opportunity on the biggest stage to prove himself.

Germany is a huge favorite to win the World Cup, and if they do, Trapp will get a gold medal, lift the trophy, and take all of the pictures as anyone in his position would. He’s the third goalkeeper on Germany’s official 23-man roster, which controversially excluded Manchester City winger Leroy Sané. Trapp’s inclusion is strange for three reasons: Marc-André ter Stegen, Bernd Leno, and Loris Karius are far more worthy of a call-up, simply because they actually meant something to their respective clubs this season. Secondly, keep in mind Liverpool keeper Karius played in the Champions League final this season, and even though he was horrendous (and played with a concussion), he warranted being in the squad more than Trapp for obvious reasons. Lastly, Trapp didn’t play enough meaningful matches this season to warrant a call-up. In fact, midway through the season in November, Trapp ironically played more minutes for Germany in friendlies and qualifiers, than he did for PSG.

Kevin Trapp is a young goalkeeper who can be useful to many teams across Europe. He’s a constant professional and has expressed his love for Paris Saint-Germain on many occasions. If he’s willing to accept a backup role in Paris, this would bode well for both parties and he would be a solid number two to have on any roster. Otherwise, his time in the French capital is inevitably over, and PSG can have a clear conscious knowing they’ve put him in the best positions to prove himself, and he’s just not the man for the job. I believe the paradox in his career of subpar performances leading to more opportunities will land him a solid gig wherever he goes. Nevertheless, I won’t undermine his hard work and dedication to his craft in striving to be the best goalkeeper he can be.