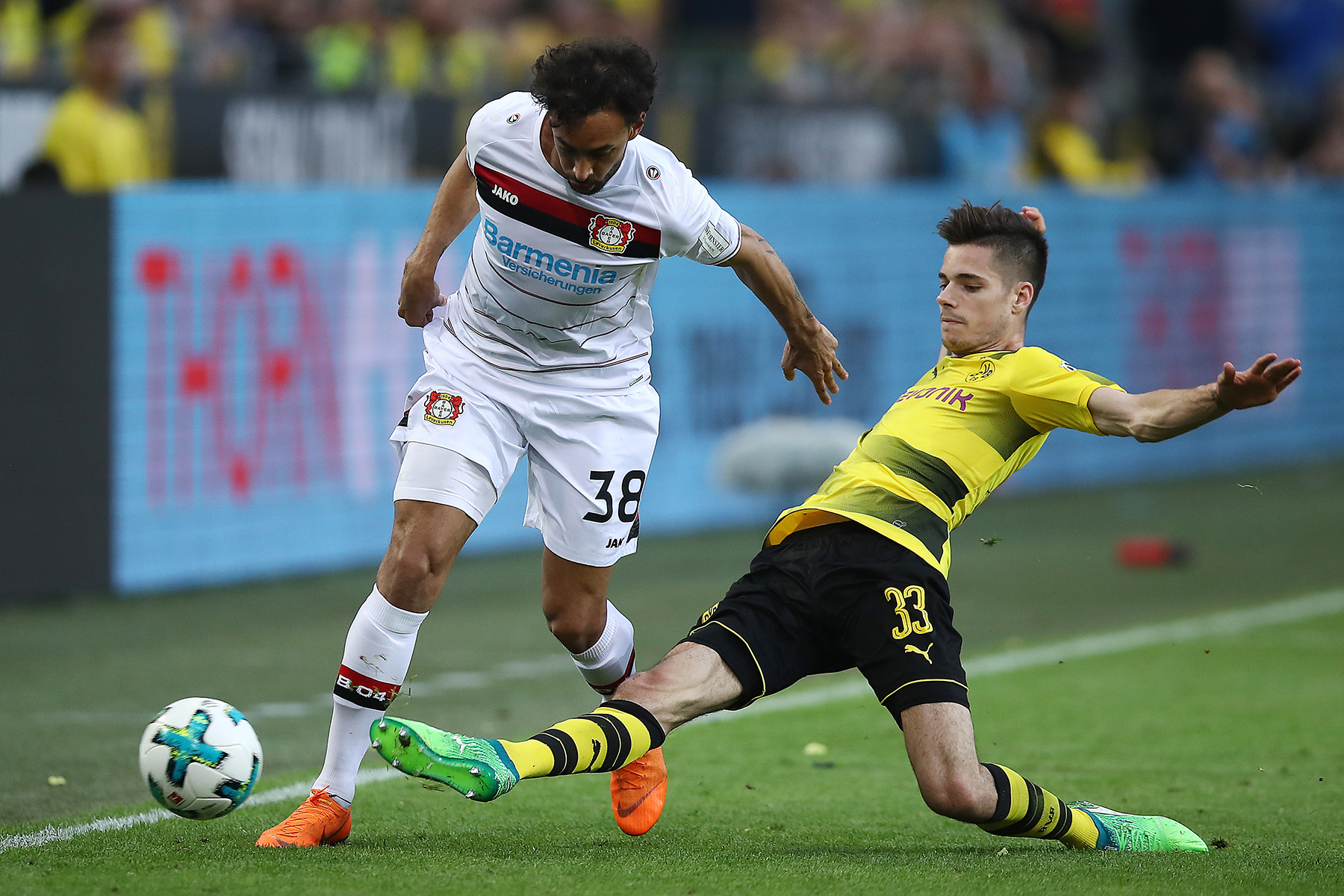 The process of molding Paris Saint-Germain into Thomas Tuchel’s vision has begun. Names are surfacing in regards to transfer targets, and one particularly interesting is Julian Weigl. Tuchel has history with the young German, helping him flourish when the two were at Borussia Dortmund. Now in Paris, it’s no surprise that Tuchel wants to bring in a familiar face—not to mention fill the vital defensive midfielder role for the French champions.

Once Tuchel takes over at #PSG, he wants to improve three areas says Les Parisien. Left-back, centre-back and in midfield.

He was Philipp Max to come in at LB, Toprak at CB then Weigl and Meyer in the middle.

One of the glaring holes is in the midfield, more-so in the holding midfielder role. In Tuchel’s 4-1-4-1 formation at Dortmund, Weigl played a significant role behind two attacking midfielders and helped facilitate the attack. In his first season with Dortmund, the 22-year-old averaged 92.76 total passes per 90 minutes. Also, Weigl helped push the ball forward with 60.63 total forward passes per 90.

Diving deeper into Weigl’s passing game, his short passing was superb in year one. In 30 appearances during the 2015-16 season, he averaged 82.5 accurate short passes per 90. The young Germany international showed potential in serving as a link from the defense to the attack.

Year two under Tuchel was more of a challenge as Mats Hummers and İlkay Gündoğan left Dortmund. With the Black and Yellows supplying no adequate replacements, Weigl’s numbers took a hit. Total passes were down (73.48 per 90), total forward passes (45.97 per 90), and successful passes (65.62 per 90). Nonetheless, it was still a respectable campaign in 2016-17.

As the club once again had moving parts and adapted to a new system, Weigl’s third season in Dortmund became the worst of his young career. Tuchel was out of the equation and under new manager Peter Bosz, Weigl’s passing numbers would suffer. He saw lows in total passes (56.19 per 90), total forward passes (36.53 per 90), and successful passes (53.85 percent per 90). Also, his short passing plummeted to 47.1 per 90.

If Tuchel can bring Weigle to PSG, expect the midfielder to rekindle the passing form he had during the 2015-16 season and not what came after—especially with the likes of Edinson Cavani, Neymar Jr., and Kylian Mbappé in front of him.

Other Aspects of Julian Weigl’s Game

Passing is a crucial element for Weigle and any PSG attack will start at his position. He will have other responsibilities if he is to take over the defensive midfielder role. One of them, of course, is to play a sound defensive game in front of the back line. Although Weigle doesn’t appear overly physical, he’s seen an increase over the last three seasons in tackles, averaging 3.1 attempted tackles per 90 in 2015-16 to 4.3 per 90 last season. Also, his tackles won has increased, winning two tackles per 90 in his first year to 3.2 per 90 this past season.

This physical style is one of the reasons a lot of PSG supporters were hoping the club would sign Fabinho from AS Monaco. The Brazilian was averaging 5.2 total tackles per 90 this season. However, he won 3.6 of them, which isn’t far off from what Weigl averaged in what some would argue is a tougher league. Also, the German dribbles past average is lower than Fabinho’s over the last three seasons.

Weigl’s aggressiveness on the ball leads to few dribblers getting past him. His numbers in this category have remained consistent while at Dortmund. Over three seasons, 1.2 and 1.1 per 90 dribblers were able to get by him. Fabinho’s was the dream last summer, but Weigl is showing that he too can play that style.

Weigl’s tacking has gone up, but he can disrupt the passing lanes to intercept the ball as well. In his first two seasons, he was more disruptive, averaging 2.5 and 2.6 interceptions per 90. However, with having a more physical approach, Weigl saw his interceptions decrease to 1.6 in 25 Bundesliga appearances this season.

The Cost of Getting Weigl

Reports are that Dortmund has placed a €50 million tag on their prized midfielder, which is steep even for PSG as they battle Financial Fair Play regulations. According to SofaScore and Transfermrkt, Weigl should go for around €28 million to €30 million, so it’s easy to see the PSG effect. Dortmund understands how vital Weigl is to Tuchel’s system, also with PSG involved there’s always going to be an inflated price.

Fifty million Euros isn’t a massive price for the club, but as I mentioned earlier, FFP could force them to sell players in order to afford Weigl. If that’s the case, then there’s a chance the most significant need on the squad is finally addressed and the loss of a luxury player like Javier Pastore and Hatem Ben Arfa would be well worth it. Tuchel became the manager of PSG over a week ago, however, the transfer of Weigl will signal the start of a new era in Paris.