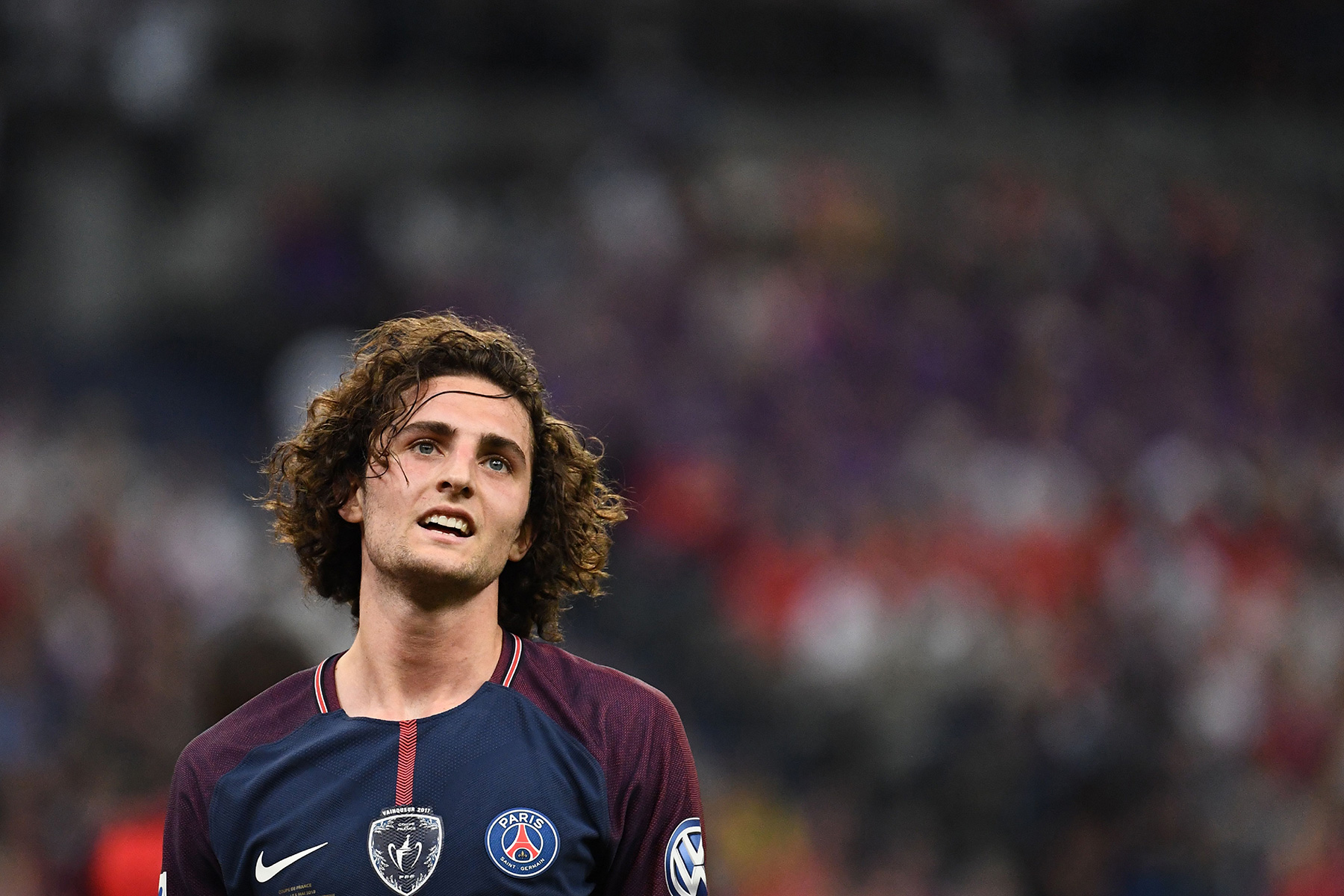 Nearly four months ago, a crestfallen Adrien Rabiot stood in front of the television cameras after Paris Saint-Germain’s 3-1 loss at the Santiago Bernabéu Stadium and lamented how year after year, his team couldn’t compete with the world’s best when it mattered most. At the time, this was seen as a mature gesture from a player who was poised to ascend to a leadership position within the club. However, on second glance, and with the benefit of hindsight, his “face the music” moment was more pathetic than poignant, more whiny than inspired. For the last four months have seen PSG’s diamond ground back into pitch black coal. PSG correspondent Jonathan Johnson described Rabiot’s career as being at a crossroads. After the stunt he pulled this week, his career may very well be in a ditch.

PSG & France's Adrien Rabiot is at an early crossroads for club & country – https://t.co/pcKtPjdHHG – For @ESPNFC. #SMCPSG

For the last eight seasons, the Frenchman has been connected with the capital club in one form or another. He got his first call-up in 2012 and has made nearly 140 appearances for PSG. All of this at the ripe age of 23, an outstanding feat for a former academy graduate. He’s truly a homegrown product of a youth system that many have unfairly maligned Paris for not taking more advantage of. With Rabiot however, the relationship has been more of a family affair rather than a business partnership. He is not a mercenary or a passerby, but an integral part of the community. Sure, he’s been a pain in the ass at times, but no more than any other player this club has had to deal with…until now.

It started with the loss to Madrid in the UEFA Champions League and continued with his inaction on and off the pitch. Rabiot is stalling his contract negotiations and you have to ask yourself, why might that be? Rabiot also handed in the laziest performances of his career during the same time. Why? Well, clearly he feels that what happened against Madrid was not his fault. You could see it in his face that his emotional energy had dissipated over those 90 minutes at the Parc des Princes. Over the coming months, his physical energy dissipated as well. Either he was too tired, too upset, or couldn’t give half a damn to put in professional performances. Fans and journalists saw this and acknowledged Rabiot had shut down and in anticipation of his first trip to the FIFA World Cup, most gave him a pass.

So when France manager Didier Deschamps left Rabiot off the 23-man World Cup squad, the irony did not escape anybody. Rabiot’s decision to take the last four months off had cost him the World Cup. In a time where he could have been busting his ass to make every minute count, he took his place for granted and lost it. Talented athletes have many paths to self-sabotage, one of the most efficient ones being a lack of gratitude. In this case, Rabiot showed a lack of gratitude for his place and once again showed his entitlement, born from his upbringing. It’s a theme that tracks the young Frenchman like a well-drilled defender. You can call it entitlement, you can also call it being a spoiled brat. However you phrase it, Rabiot’s lack of accountability when it comes to his performance and career are troubling, but not surprising given that his agent is his mother.

Rabiot has never had proper career advice, and it’s a shame because his naivety to the world has left him vulnerable to its crass disregard for how awesome he truly is. Deschamps didn’t give a damn that Rabiot had been brought through the many levels of France’s developmental system. That he plays in the capital, or that he was destined for this moment since he was a wee boy. Rabiot wasn’t good enough, hence, he didn’t make the team. His crybaby response and feeble attempts at public relations have been laughable. He doesn’t get it, nor does he seem to want to get it.

We should understand the pain that Rabiot feels missing a World Cup he seemed destined for, but his pain is also shared by others who made the alternate list with him. However, those other players didn’t take the ball and run home like a brat. Being an alternate on a World Cup squad is disappointing, but at the same time, an honor and a privilege. Players go a lifetime without sniffing the World Cup. Former PSG great George Weah never made the tournament. Neither has Gareth Bale (Wales). Rabiot’s ungratefulness is quite frankly insulting to those players and ones like them. You don’t see Alexandre Lacazette or Anthony Martial complaining like scolded schoolboys or removing themselves from the reserves in a petulant huff. Rabiot has made this about Rabiot when it really has very little to do with him at all.

PSG’s response on Friday was indicative of their feelings. While they will not actively throw him under the bus, they are definitely not going to try and pull him out of the way either. For at the moment, PSG have other more pressing issues to worry about than one of their players throwing a temper tantrum about issues unrelated to them. However, PSG should think long and hard about Rabiot’s lack of gratefulness and act accordingly. PSG committed to Rabiot from the start, and now that he has not reciprocated that commitment for both club and country, PSG must now reconsider that commitment. That’s not emotion talking, it’s the only logical business move to make. They can no longer rely on his word because his word means nothing. Paris Saint-Germain can no longer wait for this child to grow up and start making smarter decisions. In the new Thomas Tuchel-era of PSG, only adults need to apply.