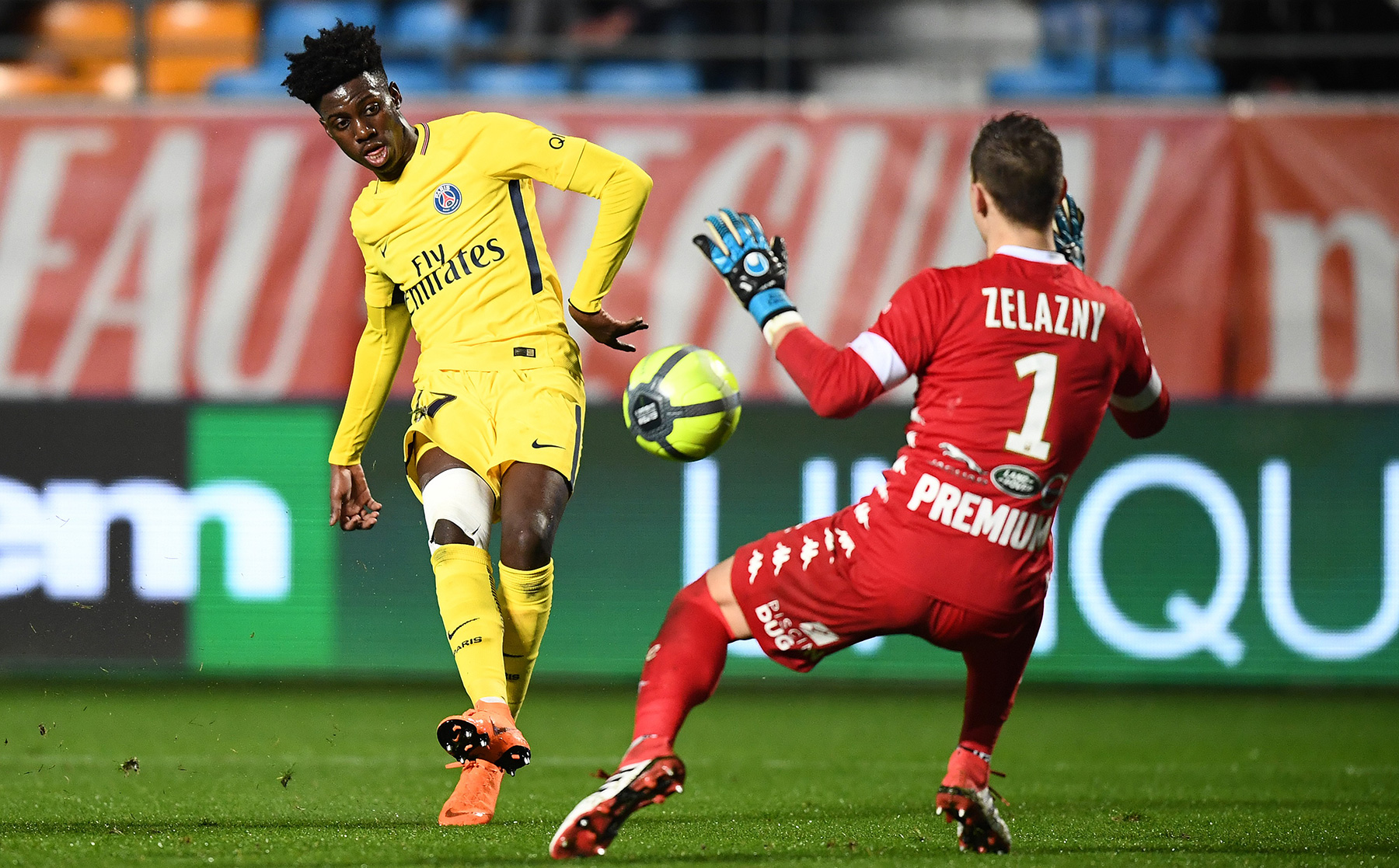 Paris Saint-Germain manager Unai Emery made wholesale changes to his lineup as his team travelled to the Stade de l’Aube to face Troyes AC. In their final test before a pivotal UEFA Champions League match against Real Madrid on Tuesday, PSG defeated the relegation-threatened side 2-0 thanks to goals from Angel Di Maria and Christopher Nkunku.

The win maintains PSG’s 14-point lead at the top of Ligue 1 and they only need to win six of their remaining 10 league games to secure their fifth title in six seasons. I mentioned Emery’s lineup in the intro and it was a curious one, to say the least. Kylian Mbappé and Edinson Cavani were left out of the squad completely and Neymar Jr. is currently in Brazil recovering from surgery on his injured foot. Without that offensive firepower, Emery went with Nkunku on the left wing, Julian Draxler as a “false 9,” and Di Maria on the right wing. The unveiling of NDM didn’t grab the headlines though, that honour belonged to 18-year-old Timothy Weah who started on the bench and came on for Giovani Lo Celso in the 79th minute–and nearly scored in his debut for Les Parisiens.

On the latest episode of PSG Small Talk, host Marc Damon recaps the latest Neymar injury news and reveals when he expects the Brazilian to be back with the club this season. Damon also discusses the win over Troyes in detail and why he would have preferred to see Emery give Weah more minutes. Finally, there’s the Champions League match against Madrid that will determine whether their season was a success or failure. Will playing at the Parc des Princes, in front of their passionate supporters, prevent Paris from crumbling under the pressure as they’ve done in recent seasons? How will Emery set up his team knowing that he needs to put points on the board while also keeping a clean sheet? Many questions remain and we’re now just a couple of days away from the opening whistle.