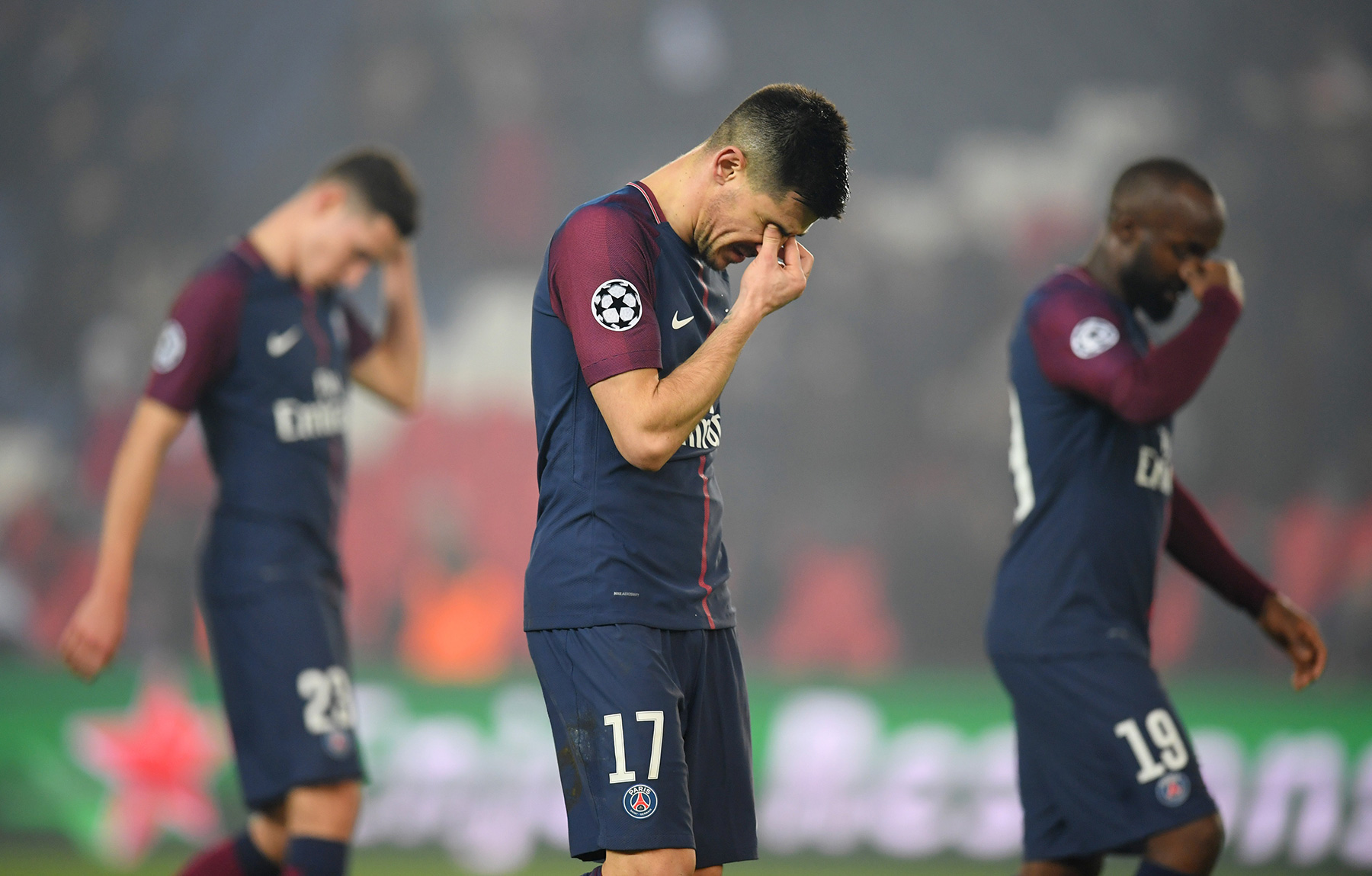 Another year, another disappointment. Paris Saint-Germain crashed out of the UEFA Champions League on Tuesday after losing 2-1 to Real Madrid at the Parc des Princes. Over the two legs, the Spanish giants showed their class and put in a professional performance that Paris simply couldn’t overcome.

Cristiano Ronaldo all but ended the tie in the second half with an expert header in the 51st minute. The goal pushed the aggregate score to 4-1 and it was all over for PSG. Edinson Cavani leveled the score 20 minutes later but it was too little, too late for Les Parisiens. Casemiro tacked on another for Madrid in the 80th minute just to rub salt in the wound and Paris supporters spent the remaining minutes of the match reflecting on what went wrong.

For the second year in a row, PSG failed to reach the quarter-finals of the Champions League–a fact that former manager Laurent Blanc is not soon to forget as he was sacked for only being able to get the club to this stage of the competition. Adrien Rabiot, who was outspoken after the 3-1 loss at the Santiago Bernabéu Stadium, summed up the result with his post-match comments:

In my opinion, we lost this tie at the Bernabeu. We tried to give it everything, but at the end of the night, the entire club is disappointed. For the moment, we can’t get passed the last-16, but that will change at one time or another, I’m sure of that.–Adrien Rabiot, PSG.fr

Speaking of outspoken, PSG Small Talk host Marc Damon breaks down the game and pinpoints exactly what went wrong. While a lot did go wrong for PSG, including a performance that lacked urgency and quality, some did go right. Alphonse Areola, for example, deserves a lot of credit for his showing over the two legs. You could argue PSG need a new keeper but Areola was certainly not the reason they didn’t advance. Another positive that Damon highlights is that there is a way forward for this team. Neymar Jr. will be back to lead one of the best attacks in all of Europe and the squad as a whole is pretty close to being complete. Essentially, a new manager–and there will be a new manager–will not have to overhaul the team but instead, make small tweaks to get them over the hump.

Now for the negatives. Marco Verratti was absolutely shocking during the match and Damon goes as far as to call him infuriating and selfish. Is the Italian doing more harm than good? Some are even beginning to speculate that the midfielder could be on his way out if the right transfer fee comes in. Verratti aside, it just wasn’t a good outing for PSG over the two legs and you have to ask yourself, how many Champions League players does PSG have? Major changes are sure to come in the summer but for now, all we can do is vent our frustrations.