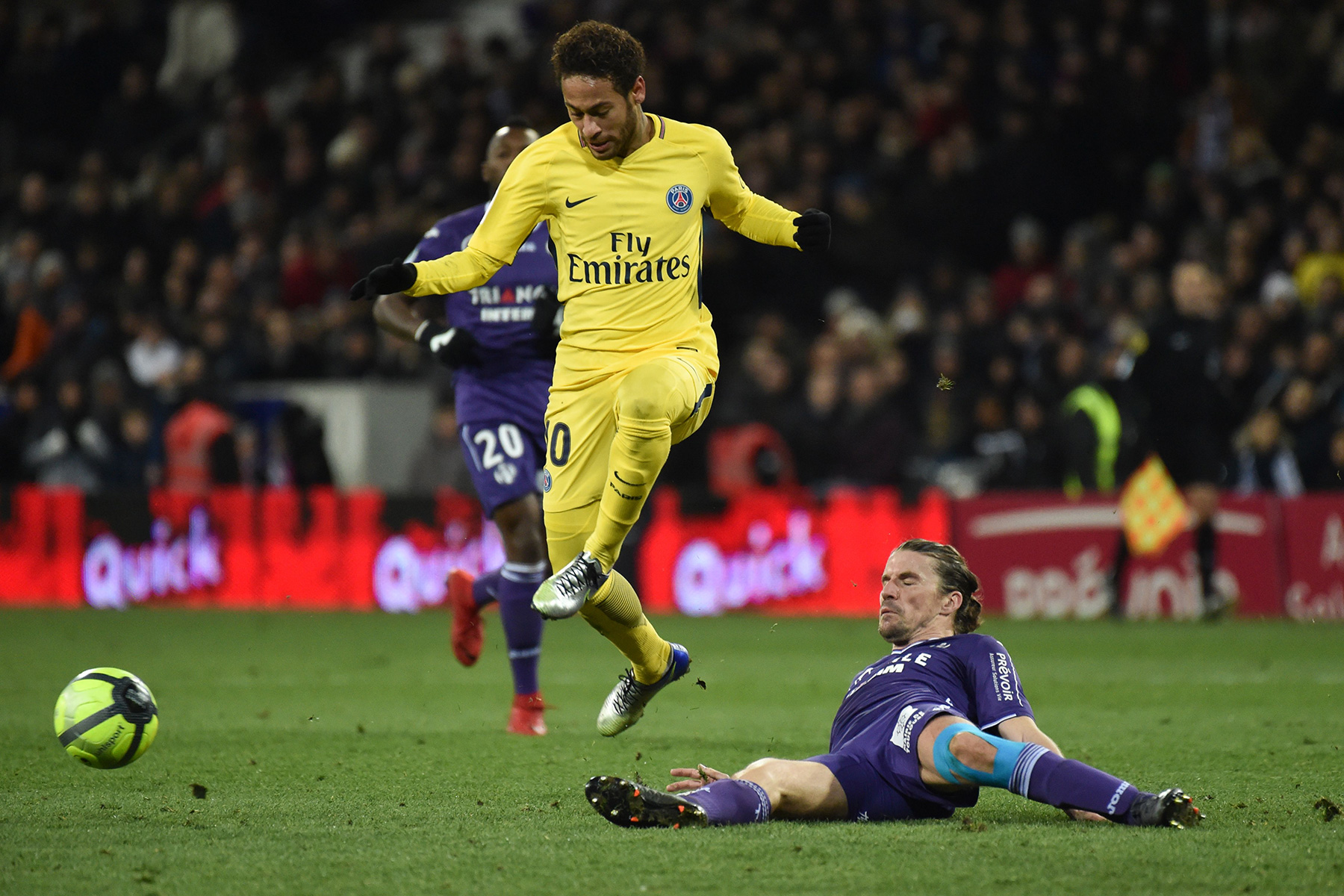 Paris Saint-Germain grinded out a 1-0 road win at Toulouse FC on Saturday and can now turn their attention to their UEFA Champions League clash with Real Madrid on Valentine’s Day.

To their credit, Toulouse tried to launch a few counter-attacks but PSG were too dominate over the 90 minutes. Unai Emery’s men recorded 78 percent possession and 21 total shots (6 on target). With the score leveled at 0-0 after halftime, Neymar Jr. came alive and peppered Alban Lafont’s net with several shots that the Frenchman either saved spectacularly or rang off the goal post. Eventually, the Brazilian found his breakthrough in the 68th minute and that was more than enough to see the game out and claim the three points. As of right now, PSG remain top of Ligue 1 with a 12 point lead over AS Monaco.

Now that PSG have completed 4 out of the 5 matches that PSG Talk contributor Marc Damon called the most important stretch in club history, Les Parisiens must now prepare to face Los Blancos at the Santiago Bernabéu Stadium. On the latest PSG Small Talk podcast, Damon goes through the four positions where Emery has an important decision to make that can either make or break this all important tie. Will he opt for the experienced Lassana Diarra or the quickness of Giovani Lo Celso in midfield? Will Layvin Kurzawa get one more chance or will the reliable Yuri Berchiche be preferred? Then for what might be the most controversial decision, should Kylian Mbappé come off the bench as a super sub and allow in-form Angel Di Maria to play on the right wing?

It seems like we have been looking forward to Madrid for months and its hard to belive it’s finally here. After you listen to Damon’s most recent analysis, make sure you check out our longer Champions League preview of all of the matchups and then head over to the PSG Talking crew for more analysis of Madrid vs. PSG.