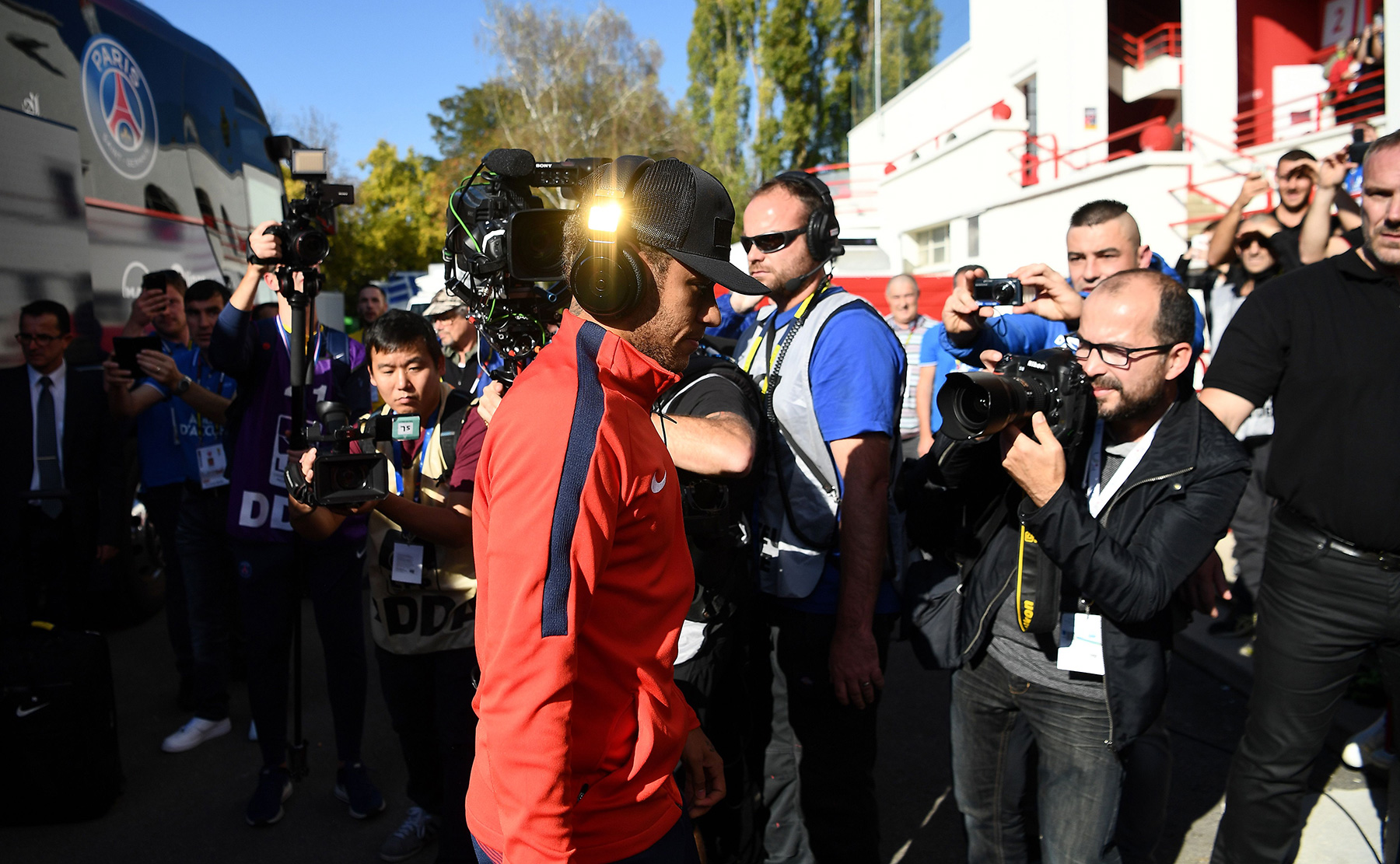 Erratic. Wasted. Squandered. Fluffing. Those are just some of the words used in the opening paragraphs of a recent article about Paris Saint-Germain’s 5-0 win over R.S.C. Anderlecht in the UEFA Champions League. Supporters have been dealing with this type of unfair reporting for the past few seasons but now that Kylian Mbappé and Neymar Jr. take up residence at the Parc des Princes, it feels like some members of the media are going out of their way to take shots at the capital club on a weekly basis.

Just to be clear, I know rumour and speculation is just as much a part of the game as anything else but when it comes to PSG, many of the articles and commentary on social media appear to be tinged with a kind of disrespect that you don’t find in the coverage of other elite clubs. PSG Talk contributor Marc Damon has talked about this on his podcast before and I think he’s right on the money when he says that the club has pushed their way to the top of European football and many disapprove of the way they’ve handled their business.

Since taking over in 2011, Qatar Sports Investments has spent a lot of money and transformed a pretty good French team into a global brand capable of signing one of the best players in the world for a record-breaking fee. The PSG Haters Club, as I like to call them, would argue that they haven’t earned their place at the big boy table and any success that comes their way is undeserved. That’s why their tweets and articles–even when PSG win or break another record–always includes a backhanded comment or description. In their warped way of looking at things, even if PSG win 5-0, it’s the misplaced passes in the opening 10 minutes that is most important. It’s getting to the point where PSG could win 8-0 with 99 percent pass completion and someone would point out Edinson Cavani missing an easy scoring opportunity in the 84th minute.

So, who belongs to the PSG Haters Club? The first group of members is the Ligue 1 Hipsters. These journalists typically write for sites similar to PSG Talk and they may even contribute to some more traditional news outlets (usually to write about PSG I might add because the club generates clicks and pays the bills). In their eyes, PSG’s domestic dominance is ruining Ligue 1 and the sooner QSI take their money out of the club the better. What they fail to realize is PSG is actually helping the league by spending big on players like Neymar. More interest in the league will generate higher revenues and all teams in Ligue 1 will get a piece of the pie. For the hipsters though, all that matters is the return of their old league, one in which very few people outside of France bother to watch. Essentially, these are the kids who lived in Brooklyn when it was still kind of edgy.

I don’t have a fancy name for the other group of journalists who belong to the PSG Haters Club but you definitely know who they are. They don’t give Ligue 1 the time of day and I’m pretty sure they think actual farmers suit up for many of the teams. They make the same argument about the French league not being a top-five league and nothing PSG do domestically should be considered an accomplishment. I should add that these journalists, let’s call them the Blue Bloods, have no problem sharing their hot takes but I bet if you hooked them up to a lie detector machine you would discover that they, in fact, watch very little French football. They’re too busy watching the Premier League and nothing outside of their little world matters. If one of the Manchester clubs grind out a draw against Huddersfield Town, the Blue Bloods write 800 words on how they showed great character. However, when PSG get a draw on the road at Olympique de Marseille with trash being thrown at them they are a team in crisis. These journalists are also the ones who think Julian Draxler leaving for Arsenal FC or Liverpool FC is a drastic improvement over Paris. Other stories they like to perpetuate include Neymar being unhappy and wanting Cavani and Unai Emery on the next flight out of Paris never to return.

We’re approaching the midway point in the season and these groups of journalists would lead you to believe that the atmosphere in the PSG locker room is toxic and that they are in no way capable of winning the Champions League.

Here’s the truth. Emery has his team nine points clear at the top of Ligue 1 following a 2-1 win over AS Monaco on Sunday and they’ve yet to lose a league game all season. When it comes to the Champions League, they’re favoured to win their group over Bayern Munich, who they beat earlier this season 3-0, and they’ve scored more goals in the group stage than any other team in history (24) while only conceding one in five matches. Mbappé and Neymar only arrived this summer and with Cavani, they form arguably the best-attacking trio in world football. Dani Alves also joined this summer and the 34-year-old has turned back the clock putting in several brilliant performances this season. Adrien Rabiot has blossomed into a vital player for PSG this season and should have his name mentioned when discussing the best midfielders in Europe. Other highlights this season include the improved atmosphere at the Parc des Princes thanks to the return of the Ultras and the club’s new deal with Nike that should help avoid potential Financial Fair Play regulations.

PSG is by no means perfect and they’re certainly open to criticism–we do quite a bit of that on the site and on our podcast. If you think Emery’s tactics won’t be successful against the best teams in the Champions League, we can have that discussion. If you think the center-back position needs reinforcements, I would agree with you. If you think PSG need to sign a defensive midfielder in January, I don’t think you’ll find an argument from anyone who contributes to this site. We appreciate honest, objective criticism and love to hear different opinions. Unfortunately, PSG’s successful start to the season has caused their detractors to ramp up their efforts. Could it be that they’re scared this is the year PSG could actually win the Champions League and end football as we know it?

As the complaining and rumours get more and more ridiculous, I can’t help but think this could be a special season.