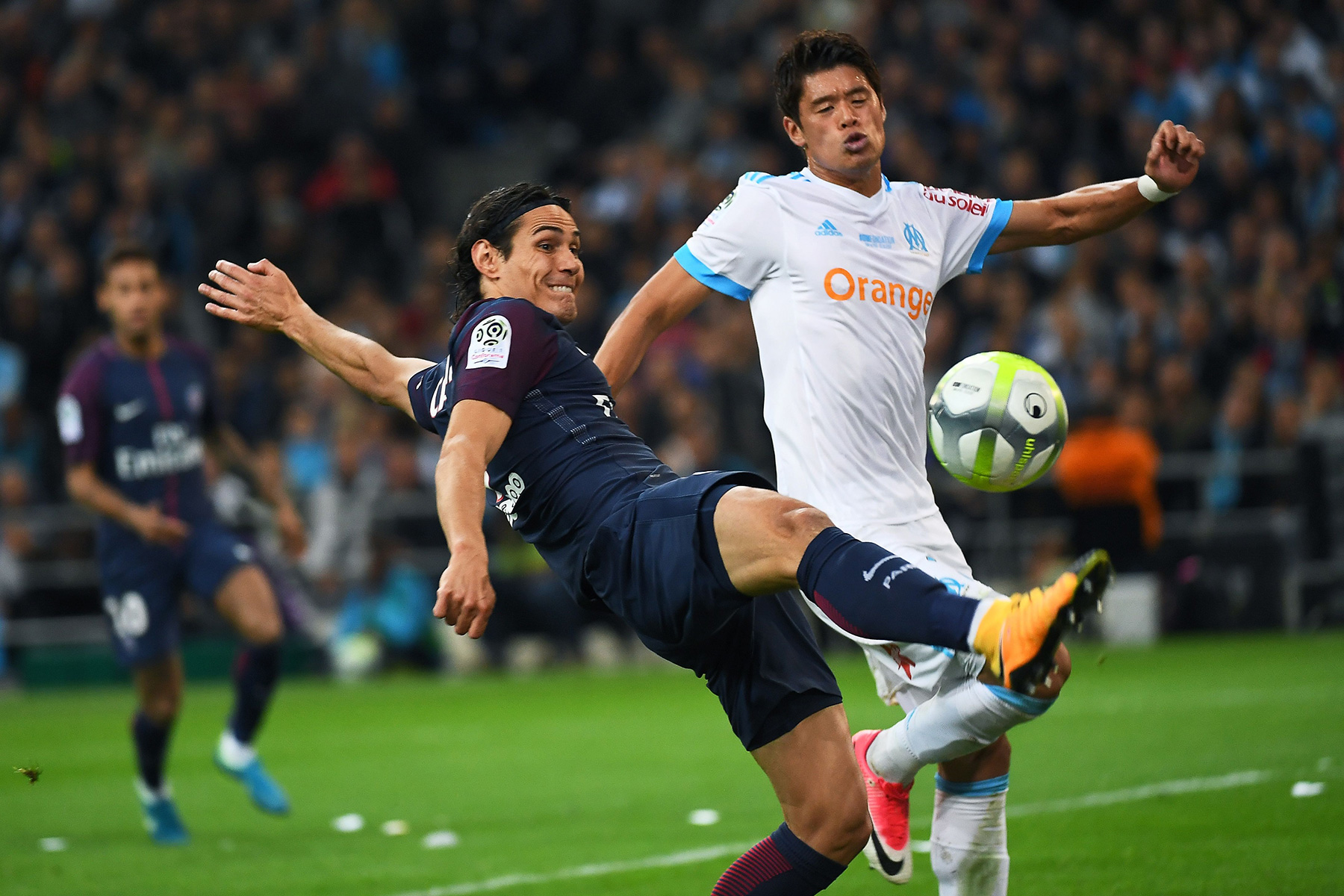 Paris Saint-Germain’s unbeaten start to the Ligue 1 campaign almost came to a stuttering halt in a heated Classique.

It was an end-to-end game with both teams exchanging blows early until Luiz Gustavo let one rip from distance just past the outstretched hand of Alphonse Areola. Neymar Jr. scored the equalizer in the 33rd minute off of an Adrien Rabiot pass in the box marking his debut in France’s most historic match with a goal.

Things heated up after the first half both on the pitch and in the stadium with Olympique de Marseille scoring in the 78th minute following sloppy defensive efforts from Rabiot and Thiago Silva. It went from bad to worse when Neymar received his second yellow for shoving Lucas Ocampos in the 87th minute. Marseille should really have wrapped up the game with Bouna Sarr and Morgan Sanson combining to miss one-on-one opportunities to put the game away. But, cometh the hour cometh the man and Edinson Cavani scored a blistering shot off a free kick to rescue a point against PSG’s rivals and keep their unbeaten record untainted.

Cavani looked threatening all night and like other occasions could have had more, but his goal in the end preserved PSG’s unbeaten record.

Neymar scored a great goal in the first half, but then almost cost PSG the game with an impetuous shove that led to his red card.

Areola was culpable for the first goal and gave Marseille a platform to dominate the game.

6 Unai Emery looked out of sorts in a pressure cooker situation and should have tweaked the formation in the second half to circumvent the pressure applied by Marseille. It was Cavani in the end who took the game by the gauntlet and saved his coach’s blushes.

GK Alphonse Areola, 6.5 Areola looked solid for most of the game, but should have done better with Gustavo’s effort in the first half.

DF Thomas Meunier, 5.5 Meunier looked shaky most of the game and almost cost PSG all 3 points in the 88th minute, but Sarr and Sanson could not capitalize on the Belgian’s mistake.

DF Thiago Silva, 6.5 The captain was struggling most of the game against a high energy Marseille offense and was partly culpable in letting Florian Thauvin get past him to score the second Marseille goal.

DF Marquinhos, 6 The center-back, like his compatriot, looked shaky and should have closed Gustavo for the first goal.

DF Layvin Kurzawa, 6 Like the whole PSG defense, Kurzawa looked out of sorts defensively and it was from his flank that the ball came in for the second goal. He should have done better in the 6th minute when he had a chance to open the scoring.

MF Thiago Motta, 6.5 Motta was overrun in midfield and it showed. He was rightly substituted in the 69th minute for Julian Draxler.

MF Adrien Rabiot, 7 The Frenchman should not have let N’Jie get past him for the first goal, but was responsible for the build up play for the Neymar goal.

MF Marco Verratti, 6.5 Verratti was overrun and had too much to do. PSG’s catalyst in midfield needs to be more of a force in matches where PSG find themselves struggling to string together an attack and maintain possession.

CF Kylian Mbappé, 7 Mbappé looked decent, but was anonymous for most of the game and finally his inexperience showed in this big matchup.

RM Neymar, 6 Neymar’s game was a mixture of highs and lows. The high was obviously scoring the equalizer in the first half. The low almost cost PSG the game with a shove that led to a second bookable offense. Neymar needs to work on his temperament so that this doesn’t happen again in a future big game.

FW Edinson Cavani, 8 Cavani had multiple opportunities to score, especially an open goal in the 17th minute. A goal eluded him till extra time when he scored a blistering equalizer to keep PSG unbeaten this season.

FW Angel Di Maria, NA The versatile attacker replaced Mbappé in the 80th minute and had no time to make an impact on the game.

DF Julian Draxler, 6.5 Draxler replaced Motta in the 69th minute and his most notable impact on the game was the crucial pass to Cavani which led to the free kick goal in stoppage time.