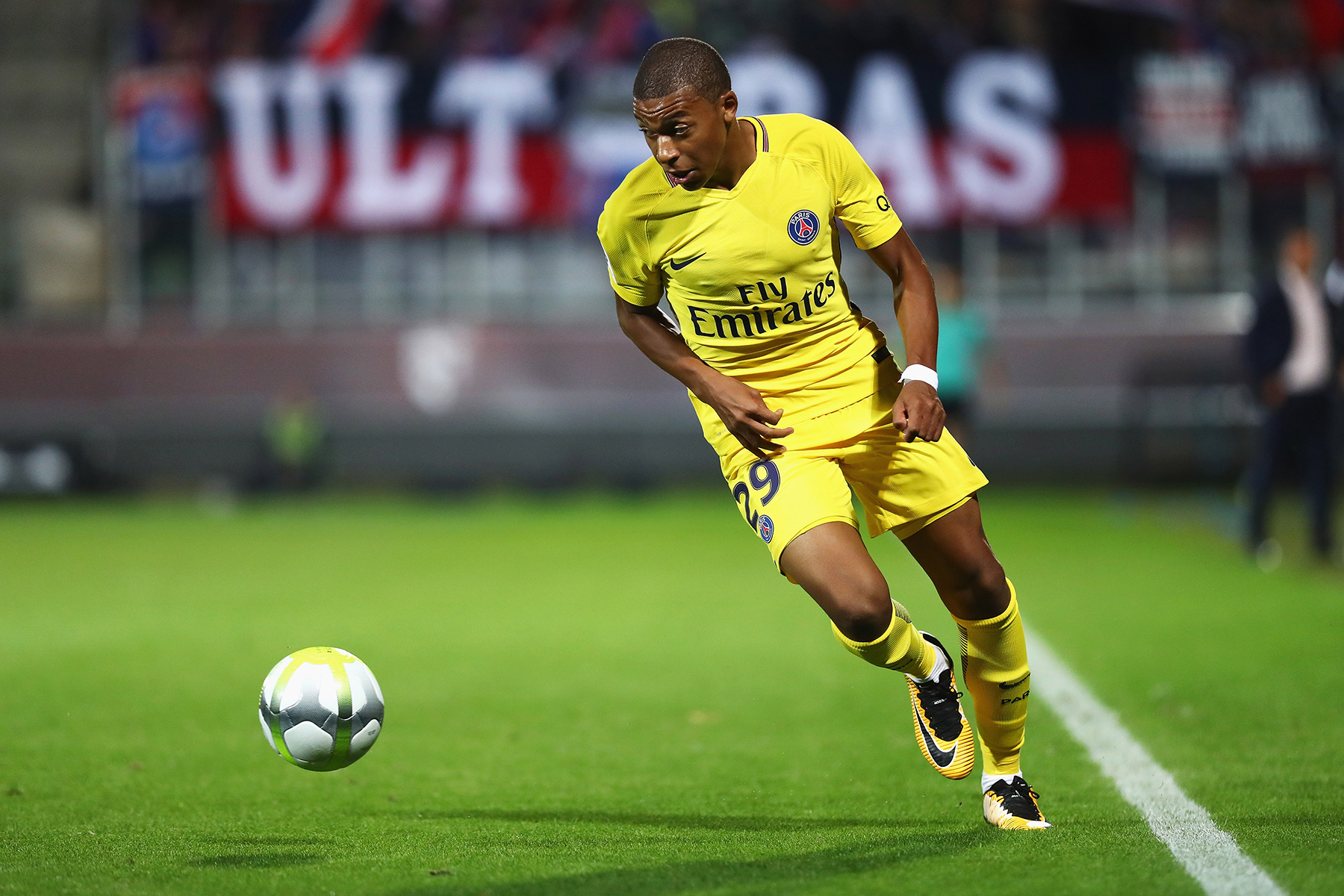 Paris Saint-Germain traveled to the Stade Saint-Symphorien to face FC Metz in Ligue 1 action on Friday and came away with a commanding 5-1 win. Kylian Mbappé made his first start for Les Parisiens since coming over from AS Monaco on a season-long loan and made his presence known with a second-half goal.

Unai Emery rolled out a 4-2-3-1 formation with Thiago Motta and Adrien Rabiot in the midfield and Neymar Jr., Mbappé, Julian Draxler, and Edinson Cavani ahead of them. With all of that firepower you would expect an outstanding offensive performance and PSG delivered. Cavani scored in the 31st minute but Emmanuel Rivière equalized six minutes later and both teams headed to the locker room at the half knotted at one. All that changed in the second half though.

Benoît Assou-Ekotto’s red card challenge in the 56th minute opened the floodgates and Mbappé, Neymar, Cavani, and Lucas Moura all added goals before the final whistle. Cavani, who did come away with a brace, should have scored at least a hat trick if not more. Mbappé and Neymar’s long-distance efforts were the most spectacular of the goals and Lucas’ goal was a bumbling effort in the 87th minute and easily the most comical goal on the night.

All the attention will be given to PSG’s new signings and the fact that the French giants have outscored their last three opponents by a margin of 14-3 but defensive frailties continue to be an issue for Emery’s squad. All of those attack-minded players leave too much space behind them and 35-year-old Motta is not capable of covering up the space efficiently for a full 90 minutes. Paris can get away with it against Metz but there are issues at the back that need to be sorted before UEFA Champions League play begins on Tuesday, September 12 against Celtic FC.

In the latest PSG Small Talk, host Marc Damon (@MarcDamon1) discusses the 4-2-3-1 formation and the issues it causes at the back. Can the offense cover up the lack of a quality defensive midfielder? Also, a mistake from Alphonse Areola led to Metz’s only goal and while some may be calling for Kevin Trapp to be the starter again, Damon explains why supporters need to stop scapegoating every time a player (and the manager) make a mistake and give this team time to develop.