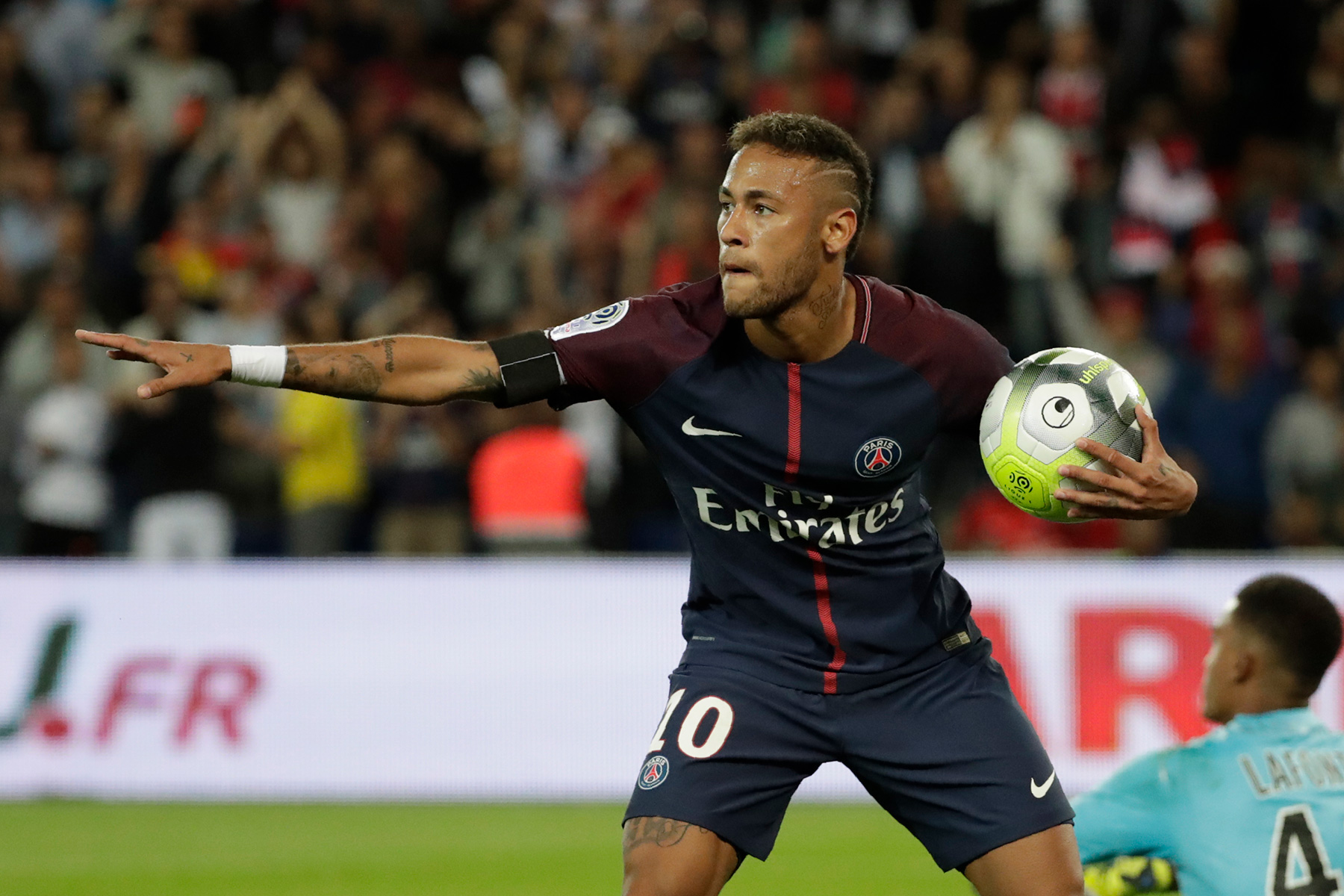 Despite being the world’s most expensive footballer, Neymar Jr. is already proving to be a bargain for Paris Saint-Germain. The Brazilian played a part in 5 of the 6 goals scored by PSG on Sunday against Toulouse FC, including one goal that will be talked about around the Parc des Princes for many years.

The final 6-2 scoreline moves PSG to the top of Ligue 1 on goal difference after a nearly 15-month absence. Paris have won their first three league matches comfortably by a combined score of 11-2 but there have been a few hiccups including the match against Toulouse. The final score is impressive enough but in the second half, Paris were only up a goal with only 10 men on the pitch. Not exactly the position you want to be in against any team.

Toulouse took a surprise lead with a lightning counter attack, which was finished with aplomb by Max Gradel. PSG answered back with two quick goals from Neymar, who made his home debut, and Adrien Rabiot to cap off the first half.

The second half came to life with Marco Verratti’s sending off in the 69th minute, which provided the impetus for both sides to go for the kill. It was ultimately Neymar who won a penalty for PSG and Edinson Cavani calmly scored from the spot to give Les Parisiens some breathing room.

Toulouse, to their credit, would not lie down and put enough pressure on PSG’s back line that Thiago Silva scored an own goal in the 78th minute. Unai Emery’s squad would come roaring back with an attacking force that might be the best in Europe. Javier Pastore scored an absolute wonder goal from outside the box in the 82nd minute to secure the three points and then the flood gates opened. Layvin Kurzawa scissor-kicked a corner kick from Neymar into the back of the net and the Brazilian added one more goal to his tally with a mesmerizing run past six defenders. With his back to the goal, he found just enough space to turn and fire a shot on target. The Parc erupted and shortly after began singing his name.

Neymar put in another man of the match performance to brush aside Toulouse. He was involved in almost every attacking move from PSG and his performances are an ominous sign for defenses in Ligue 1 and the rest of Europe.

Rabiot was instrumental in both goals in the first half and his chemistry with Neymar was what propelled PSG to dismantle Toulouse in the second half.

Verratti had a brain fart when he lunged in for the ball leaving his team a man down for the rest of the half. Against a better opponent, this could have been devastating and cost PSG the match.

The defense was not up to the mark today and looked susceptible against counter attacks. Both goals were avoidable and the defense needs to step up for a top of the table clash with AS Saint-Etienne next week.

6.5 Emery stuck to a 4-3-3 formation with Neymar again playing a free role alongside Angel Di Maria and Cavani in attack. Like last week, he had used only one substitute until the 85th minute and needs to give his bench more minutes in the coming weeks.

GK Alphonse Areola, 6 Areola was probably blinded for the first goal, but should have done better considering how close the ball was to his hand. He couldn’t have done anything about the second own goal though.

DF Dani Alves, 6.5 Alves was lively and available in attack like the past few weeks. He was compact defensively and snuffed out counter attacks to keep PSG in the ascendancy. He was partly at fault for the first goal when he let Gradel free to score the game’s opener.

DF Presnel Kimpembe, 6 The French center-back did not look in complete control but that was PSG across the board defensively. He was partly culpable for the first goal but did well to keep Andy Delort quiet throughout the night.

DF Thiago Silva, 6 The former Rossoneri man like his compatriot at the back did not have the best game and was at fault for the second goal when Christopher Jullien’s header ricochet off him and into the back of the net. The captain needs to step up for the pivotal game against an efficient Saint-Etienne side next week.

DF Layvin Kurzawa, 6.5 Kurzawa was culpable for the first goal as the cross came in from his side. He more than made up for it though by scoring an outrageous volley deep into second half, which was the goal of the night until Neymar’s in stoppage time.

MF Thiago Motta, 6 The Italian midfielder looked out of gas and was rightly replaced by Pastore in the 68th minute. Maybe this is an indication for the PSG board to sign a backup in the defensive midfield department now that Blaise Matuidi has departed.

MF Marco Verratti, 5 Verratti was given his marching orders when he went studs up into a challenge in the opposition penalty box. He should have been more careful considering he was already on a yellow and will now miss PSG’s next match against Saint-Etienne on Friday.

MF Adrien Rabiot, 8 The lanky Frenchman was excellent in the first half and played an integral part in both first half goals for PSG. He was instrumental in keeping PSG’s defensive shape in the second half after Motta was subbed off and Verratti was sent off.

FW Angel Di Maria, 6.5 The tricky winger had a better game this week but like past weeks, he is still missing the elusive goal to justify his place in this power packed offensive line.

FW Edinson Cavani, 6.5 Cavani should have been more clinical tonight and fluffed his lines more than once on Sunday. He did score his customary goal, albeit from the penalty spot.

FW Neymar, 9.5 The Santos youth product can’t do anything wrong. He equalized for the Parisians before providing an assist to Rabiot for the go-ahead goal. In the second half, he won an unconvincing penalty for Cavani, assisted Kurzawa, and then went on a marauding run between a half dozen Toulouse defenders before putting the ball beyond a hapless Alban Lafont. Quite the impressive debut from the 25-year-old.

MF Javier Pastore, 7.5 El Flaco scored the game-changing goal with an astounding curler from outside the box and has already staked a claim in the starting XI for next week’s game with Verratti suspended.

MF Giovani Lo Celso, NA The Argentine was brought on for the last few minutes of the match and didn’t really have time to make an impact.

MF Julian Draxler, NA The Germany international was brought on to give him some minutes under his belt while he is still recovering from his injury woes.