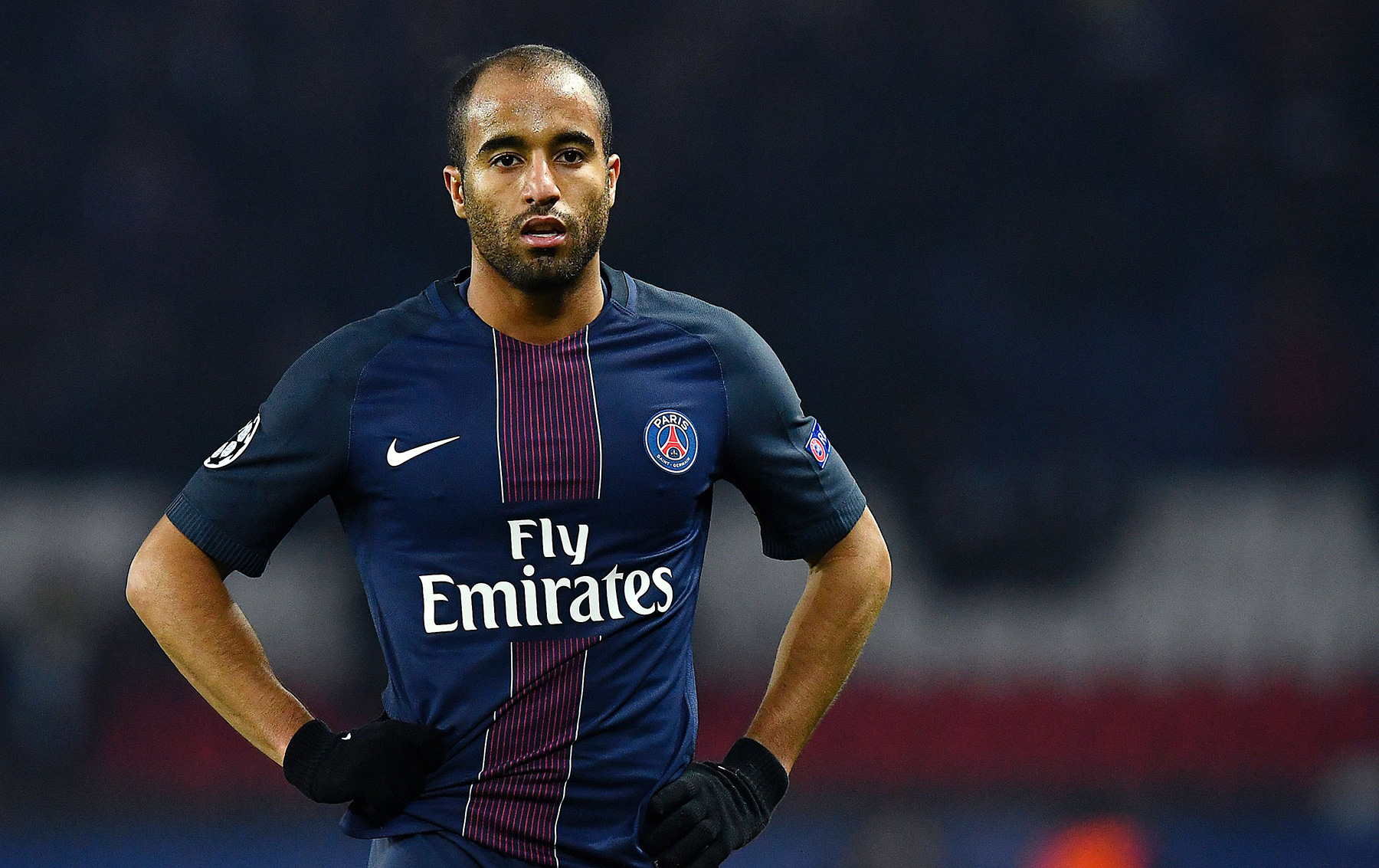 The Neymar Jr. transfer rumors to Paris Saint-Germain picked up steam last month but Lucas Moura had spoken about his compatriot’s potential switch as far back as last year. However, with Neymar now wooing the Parc des Princes crowd every week, there is an uncertainty as to whether he will be allowed any time to feature alongside his long-time friend on the pitch. Rumors of a potential move for Lucas to AS Monaco in a swap deal for Kylian Mbappé have begun to surface in the past few days.

Hosting Messi at Paris? Yes, why not…but I prefer Neymar. It would be good for me and for the club [PSG], even if he plays in the same position as me.–Lucas Moura, Canal+per Mirror, 2016

Lucas occasionally occupied a similar position on the left side of the pitch as Neymar at FC Barcelona in 2016 but such was the former São Paulo FC man’s admiration for his friend’s talent to see him in the side even if at his own expense. Both men have been good acquaintances since their time in the Brasileiro Série A and there’s no doubt the role Lucas and the other Brazilians at PSG played in attracting Neymar to the French capital.

Lucas and Neymar were rated two of the most exciting players in the league while in Brazil and those who followed both players at the time would have salivated at the prospect of them joining forces at club level at the peak of their careers. Neymar’s unfathomable move to Paris this summer finally made that happen. However, while Lucas has seen an injury take him out for the start of the season, there is not much anticipation to see him alongside Neymar among the supporters. Unlike Neymar, Lucas has failed to reach the level his potential once suggested.

A look at Lucas’ increasing stats per season – a return of 19 goals and 11 assists across all competitions last year (second highest number of goals for PSG) – suggest the winger is a solid player but it is his declining performances in the UEFA Champions League that is frustrating. This is in stark contrast to the impressive performances he displayed upon his arrival.

Lucas vs. Barcelona at the Camp Nou in the Champions League knockout rounds in 2012-13 and 2016-17 season via Four Four Two’s StatZone: 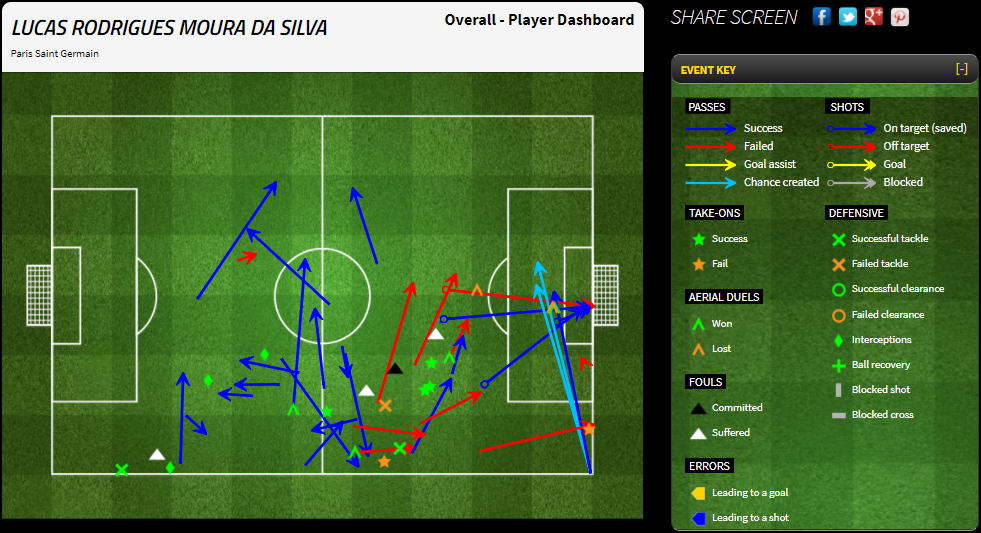 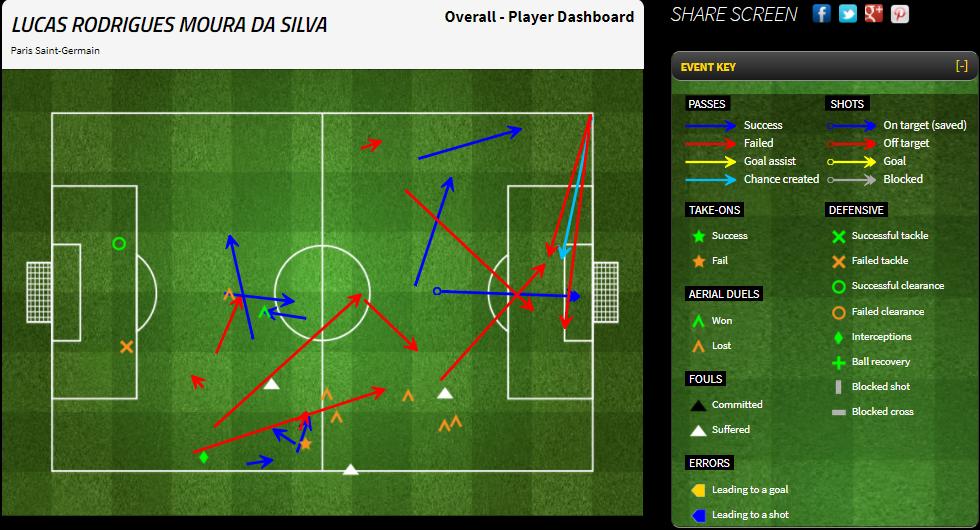 His performance in 2013 was not exactly perfect but he played a key role for PSG in that game and gave Jordi Alba a torrid time throughout. Compare that with his 2017 performance and Lucas was an absolute shell of himself against the same man by only completing four passes and not getting a single successful take-on.

This drop in performance could be due to several circumstances but a drop in confidence seems to have been a huge factor for Lucas’ decline. The 25-year-old was an exciting talent to watch upon his arrival and while his decision making  and poor finishing qualities were frustrating, his ability on the ball was clear to see. In a time when PSG played a very counter-attacking style under Carlo Ancelotti, his instinctive nature flourished. However, constant criticism to change his game and to hone his creativity and goal scoring abilities, especially following PSG’s change to a possession-centered system, has left the player looking uncomfortable on the pitch.

Despite Lucas’ increased proficiency in front of goal and in assist figures every year, the ability to balance his naturally instinctive nature with a more calculated approach on a consistent basis has proved to be an issue which the player has struggled with. This season, with the team stacked with attacking wingers where Lucas has largely featured, the Brazilian may be closer to an exit than ever before. Nothing is certain however, and if Lucas were to indeed remain in Paris next season, having his friend Neymar around could be just the lift he needs to rejuvenate his career at PSG.