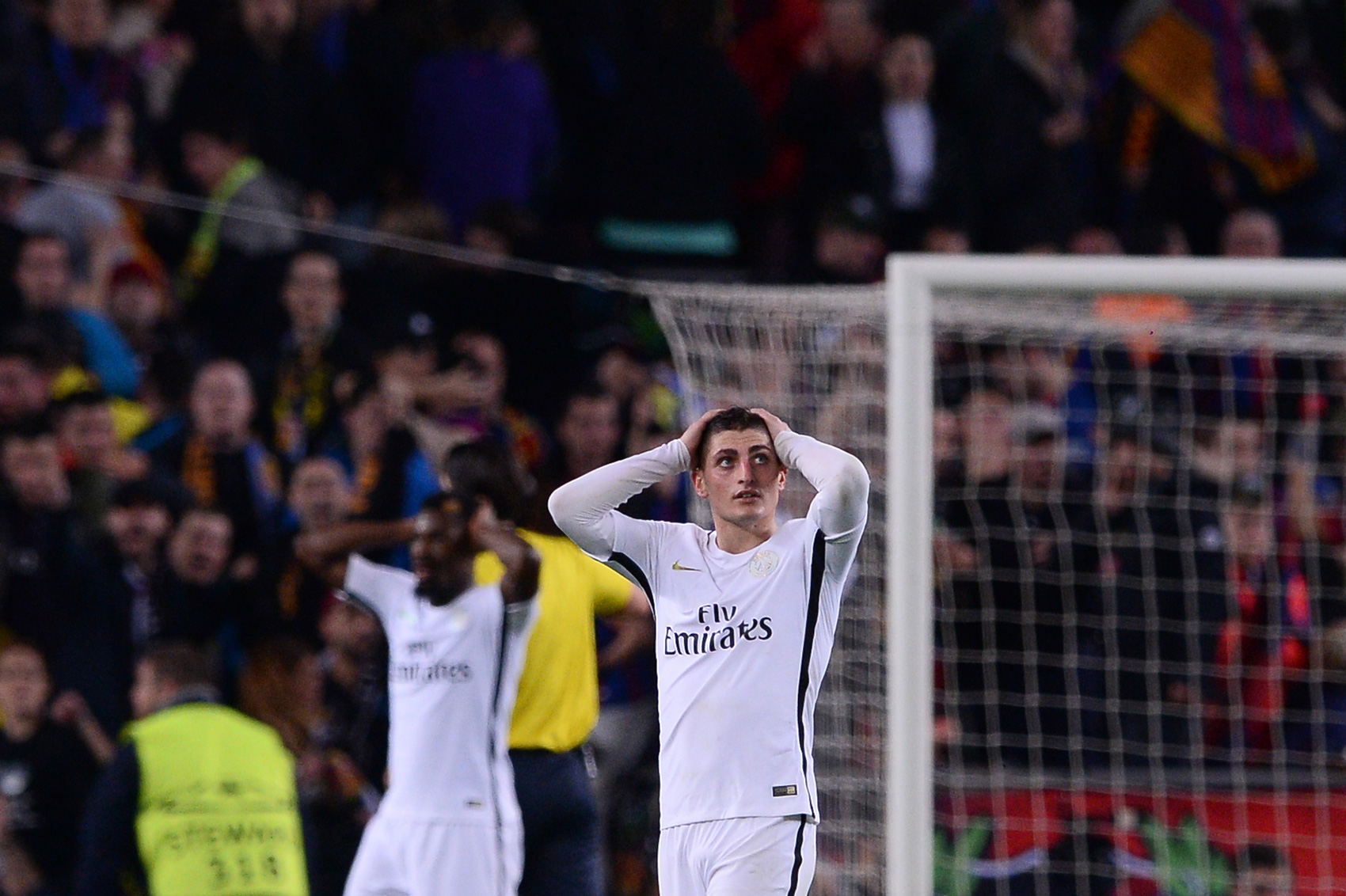 Last Friday should have been Yuri Berchiche’s day. Photographs emerged on social media of the 27-year-old left-back holding a Paris Saint-Germain shirt with his name on the back and it must have felt like the culmination of a lot of hard work. With his journey to elite world football complete, the capital club rolled out the red carpet for a player who could barely hold in his excitement. The club’s official Twitter account released a video that showed the former Real Sociedad player walking the halls and greeting his new teammates. One of the players who shook his hand was Marco Verratti. Friday should have been Berchiche’s day…it wasn’t.

First day on the job for Yuri Berchiche!
See how it went for PSG's newest signing in our @Dugout video
▶️ https://t.co/TKse6QWv4z pic.twitter.com/WuZX8iGBii

The reason the day didn’t completely belong to Berchiche was because a few hours later, PSG released another video that showed Verratti apologizing for the mess caused by Donato Di Campli, his agent, and Josep Maria Bartomeu, Barcelona FC’s president. First, here is what Bartomeu had to say about PSG’s midfield maestro:

Verratti is a player we like. [Sporting director] Robert [Fernandez] wants him to come, as do [first-team coach Ernesto] Valverde and [general manager Pep] Segura. And we know that the player wants to come to Barca.The problem is that PSG have now told us they do not want to negotiate. The fact there is no release clause is a problem because you cannot go there and sign a player.–Josep Maria Bartomeu, espn.co.uk

This was quickly followed by Di Campli, who showed what a classy guy with his comments:

Marco Verratti is a prisoner of the Emir. [PSG president Nasser] Al-Khelaifi has told me that if he sells [Verratti] then they would never forgive him in Doha.–Donato Di Campli, FourFourTwo.com

Social media lit up with #FreeVerratti filling the posts of every Barcelona supporter around the world. There were even edited photos of Verratti in an orange jumpsuit behind bars, in chains or with a gun to his head. No one should be surprised though. The situation has been building for a solid month now with leaked information, insinuating photographs, a veiled threat to boycott, and more attempted sabotaging than a James Bond film.

Faced with this game of chicken, PSG, assumed at Nasser Al-Khelaifi’s behest, went on the offensive for the first time in this month-long clown show. They displayed pictures and video on their official Twitter account of Verratti training, eventually leading to the coup de grâce of a formal apology to the club and supporters. The “saga” appears to be over…for now.

The word “saga” is in quotations because this situation doesn’t deserve the epic scope of that word. This was the seedy underbelly of world football laid bare for all of us to see. While it would be naive to think this isn’t how high-stakes transfers work to a certain degree, that doesn’t excuse what Barcelona did here. This was a calculated and brazen attempt to poison the relationship between the Azzuri captain and PSG, through their media connections and the player’s agent to a point of no return. The goal being to force Les Parisiens into selling their most prized asset for at least 20 if not 30 percent below his market value. What Barca did was not illegal by any means but it was attempted larceny in the moral sense.

PSG have no financial obligation or need to sell. They are owned by stubborn multi-billionaires. However, if the Catalan side had come on June 9 with €105 million, the price of Paul Pogba in 2016, and a written request from Verratti himself, the door may have been opened. It was Barcelona’s guerilla tactics, not PSG’s stubbornness that may keep the Italian from joining the La Liga-side until his contract runs out in 2021 (or a year earlier if PSG hope to get something for him instead of letting him leave on a free transfer).

That brings us back to Verratti, the miniature Italian midfielder that PSG fans have fawned over for five years now. One of the best pure play-makers in European football. The spiritual successor to Andrea Pirlo for the Italy national team. What do we make of him now? While he said the right things on Friday, his silence during the preceding month of hysterics was deafening. The situation got to a point where if Verratti wanted to leave or not became irrelevant. The 24-year-old could have stopped the speculation but he didn’t. He didn’t so much owe that to Al-Khelaifi or new sporting director Antero Henrique but he should have ended the speculation and been clear about his intentions for his teammates and the Ultras who have supported him through good times and bad.

Loyalty is dead in sports. It’s about what’s best for the player and his family. However, after Barcelona’s comeback against PSG in the UEFA Champions League last season and the weeks of humiliation we all endured and are still trying to get over, after what they did to us and reveled in doing to us, instead of yearning to face them again and right the wrong, Verratti wants to join them? Loyalty is dead but damn Marco, that’s just not right. That’s the fan in me speaking but I’m a fan who still thinks of quaint ideas like right and wrong.

Of course though, this is not about what is right or wrong. It never has been. This is about a player and his ambition clashing with the circumstances that the player bond himself to. With all options exhausted and no feasible way out, back he came. First caught by a Layvin Kurzawa Instagram story that took awkward to new levels, followed by training, followed by a half-hearted apology. While PSG fans may forgive Verratti for the last month, they won’t forget it. A sad “saga” that brings back the memories of a PSG in constant conflict and turmoil. A “saga” that detracts from the work Henrique is undertaking to rid the club of its “drunken sailor spending spree” reputation. Instead of celebration the new signing, fans had to watch Verratti kiss Al-Khelaifi’s ring for the world to see. It was uncomfortable, it was funny in ways, but more importantly, it was sad. Hopefully we can now all get back to what is really important, which is the left-back competition between Berchiche and Kurzawa.