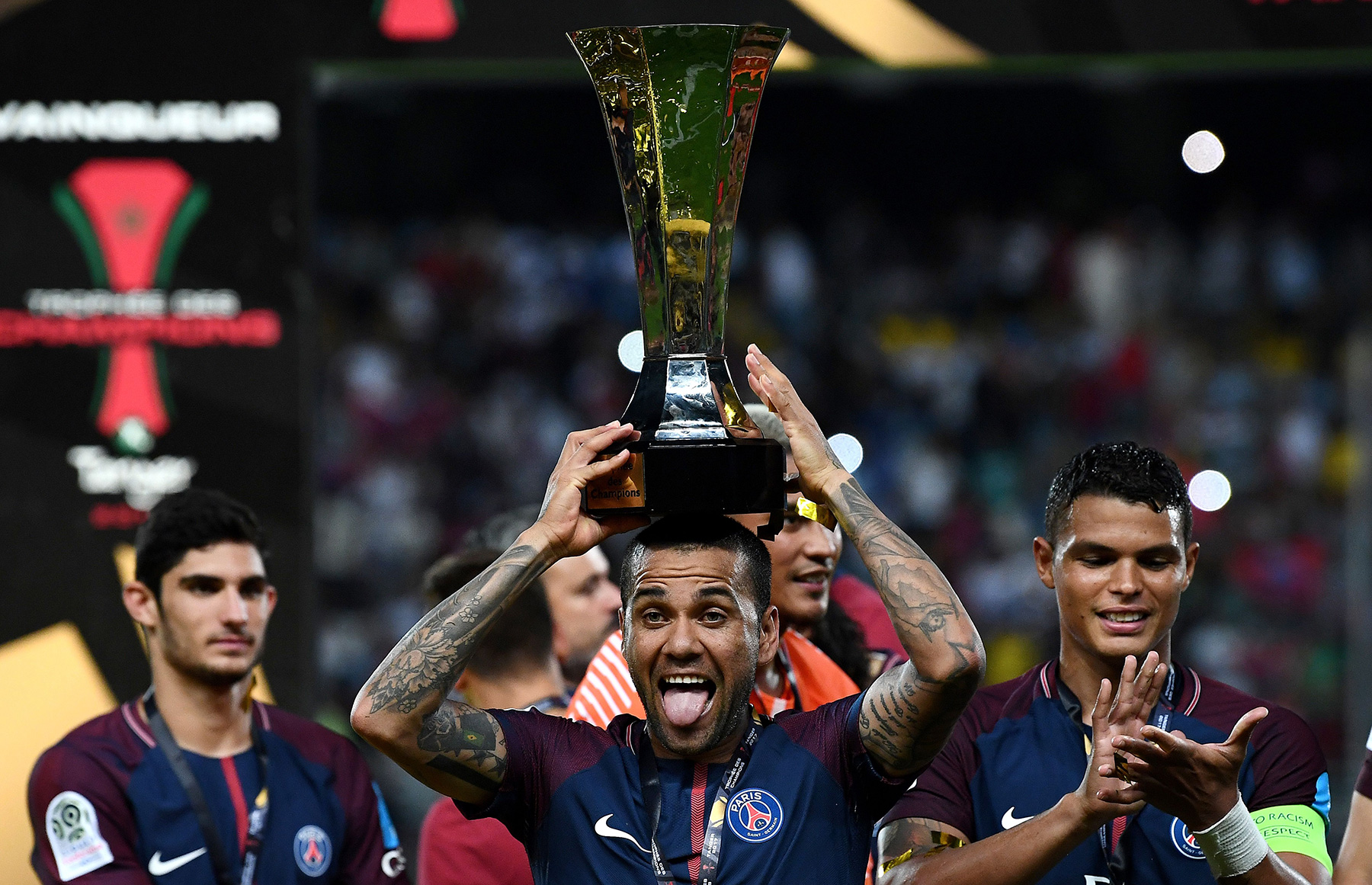 Paris Saint-Germain won their fifth Trophée des Champions in a row by defeating AS Monaco 2-1 in Tangier, Morocco. Dani Alves scored the equalizer for PSG in his first competitive match and Adrien Rabiot’s header in the 63rd minute clinched the victory.

It was a game of two halves with Monaco winning the first and PSG rallying in the second. I took plenty of notes throughout and new for this season, instead of the usual match recap with photos, I thought I would share exactly what was going through my mind during the game. Without further ado, here is the inaugural Ed’s Notes:

Competitive Football is Back!

It’s only been 62 days since Paris Saint-Germain last played a competitive match but it felt so good to have a meaningful game to escape the Neymar transfer rumors. The preseason didn’t leave supporters with a lot of confidence heading into the 2017-18 campaign so many looked forward to this match to get a feel for the real PSG.

PSG’s latest signing has experience playing this position from his time with FC Barcelona but at 34-years-old and other attacking options within the squad (Gonçalo Guedes for example), this move from Unai Emery was surprising when announced. Luckily for the Basque tactician, his gamble payed off and Alves scored off a spectacular free kick and assisted for another.

Leonardo Jardim’s men came out of the gates flying and hit PSG on the counter repeatedly. Paris’ defense, which has been suspect throughout preseason, scrambled to stop the likes of Thomas Lemar and Kylian Mbappé from firing on Alphonse Areola.

The fullbacks for PSG like to get forward a lot, which leaves Thiago Silva and Marquinhos on their own way too often. That Brazilian partnership isn’t as cohesive as many would like either. With Presnel Kimpembe improving with every match, we may see the Frenchman break into the starting XI at some point this season.

Luckily, sporting director Antero Henrique recognizes the defensive deficiencies and Juan Foyth from Estudiantes appears to be heading to the Parc des Princes this summer.

Monaco’s new signing was just as impressive as PSG’s. In the 30th minute, Yoeri Tielemans executed a brilliant through-pass to a streaking Djibril Sidibe and the defender chipped Areola for the game’s first goal. It was well-deserved after a half hour of near-misses and excellent link-up play from the French champions (I really hate writing that). Despite losing a number of key players this summer, PSG should not be overwhelming favorites to win Ligue 1 and Monaco will certainly have something to say before it’s all said and done.

The Frenchman jumped off my screen all game. Physically, he’s on another level than most midfielders in Europe. He’s 6’3″ and appears to have put on nothing but muscle since last season ended. His passing was the lone bright spot in PSG’s opening 45 minutes and his headed goal in the second half is the type of goal I expect him to score plenty of in the upcoming season. With Alves and potentially Neymar floating crosses in the box, Rabiot must use his height advantage and leaping ability to score.

To be fair to our rivals from the principality, the match shouldn’t have ended after 90 minutes. Each team had their stretches where they were the better side and with Paris up 2-1 at the stroke of full-time, Rabiot handled the ball in the box and a penalty kick should have been awarded. That’s football for you though.

Video: Di Maria Picks Up Second Assist of the Ligue 1 Season as Gueye Scores a Key Goal vs Montpellier
25 September 2021, 19:42
Follow Us