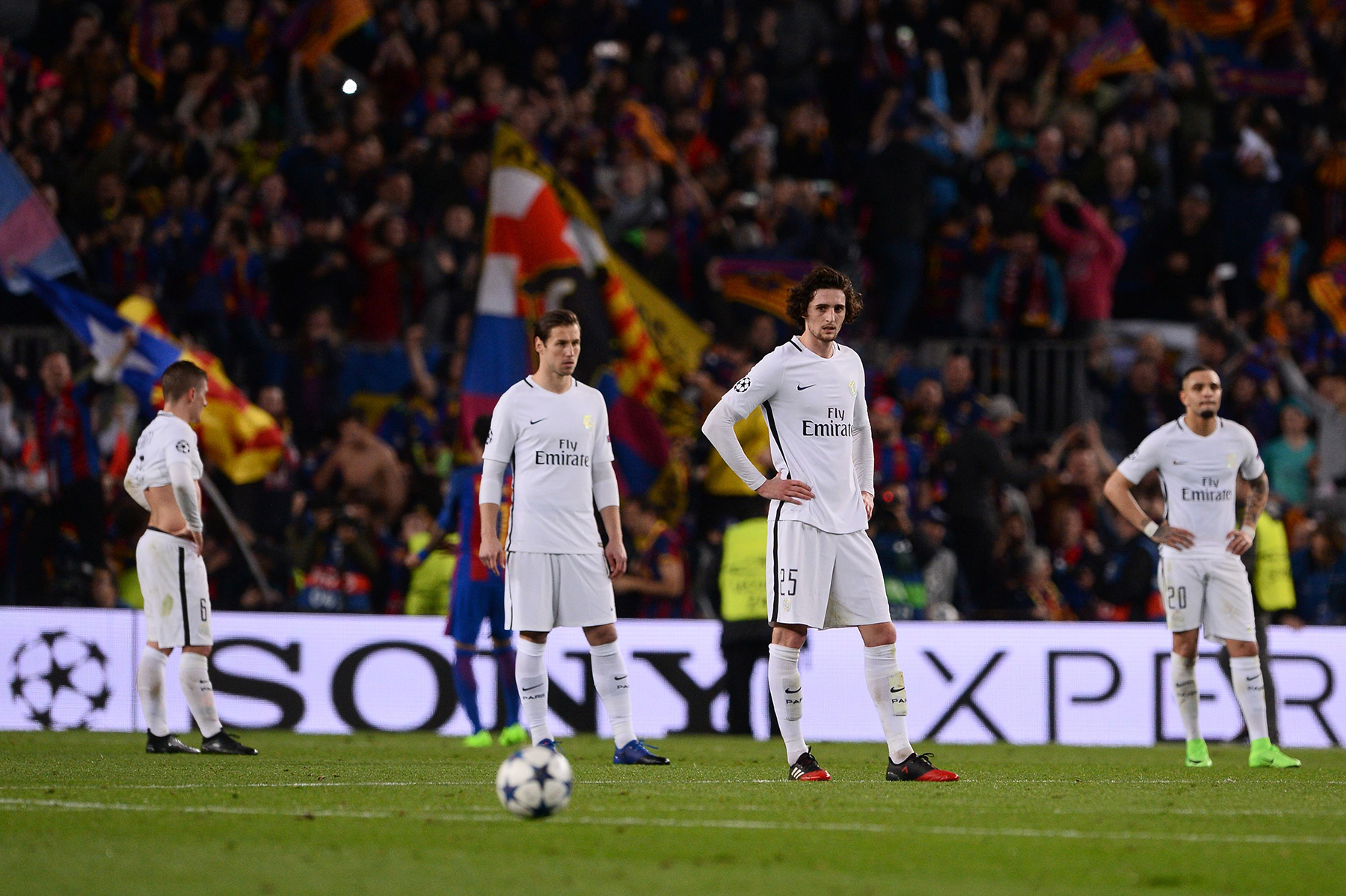 The eyes of the world were focused on the Camp Nou Wednesday night as Paris Saint-Germain looked poised to reach their fifth consecutive UEFA Champions League quarterfinal. They brought with them a four-goal cushion from the first leg and a near-full squad with only Thiago Motta missing due to injury. Under the Catalan sky though, the reigning French champions fell apart. Unai Emery and the players had everything to prove–not only for the club but for the reputation of French football–and they drove it into the ground with their performance.

Words cannot begin to describe to what extent this was a catastrophe. From the opening whistle, PSG looked hopeless. The players seemed to have forgotten that they had beaten this team 4-0 a mere 22 days earlier and were left chasing the ball the entire game.

At half time, the 2-0 scoreline made it seem like the second half would be a tight affair but nobody could have predicted the five-goal thriller that would follow. Barcelona attacked in waves while PSG’s midfield and defense were left hopeless and their only solution was to hastily clear every incoming ball instead of trying to keep possession.

In the first half, we didn’t play with the attitude we had wanted. We wanted to continue like in the first leg. We wanted to sit back and hit them on the counter-attack. After the third goal, the team was better. We wanted to get a better result by scoring a second goal. In five minutes, we lost everything.–Unai Emery, PSG.fr

Yet, at 3-1 after Edinson Cavani’s goal in the 62nd minute, all seemed right in the world. Barcelona had to score three more times in order to overturn the aggregate score and PSG supporters were confident that la remontada was over. That confidence turned out to be a futile thought.

Emery’s men experience a brief burst of confidence following the goal but they were soon brought back to reality and the Barcelona onslaught continued. The hosts were out for blood and put Les Parisiens to the sword in the 88th minute needing three goals to advance. That’s when Neymar scored Barca’s fourth on the night and two minutes later he scored again. The aggregate score was now tied but PSG would still advance thanks to the away goals rule.

Into stoppage time the game went and that’s when the unthinkable happened. Sergi Roberto’s goal in the 95th minute completed the historic comeback and Paris supporters around the world were left stunned in disbelief. The main question wasn’t the usual ‘how did this happen?’ but ‘why did this happen?’ 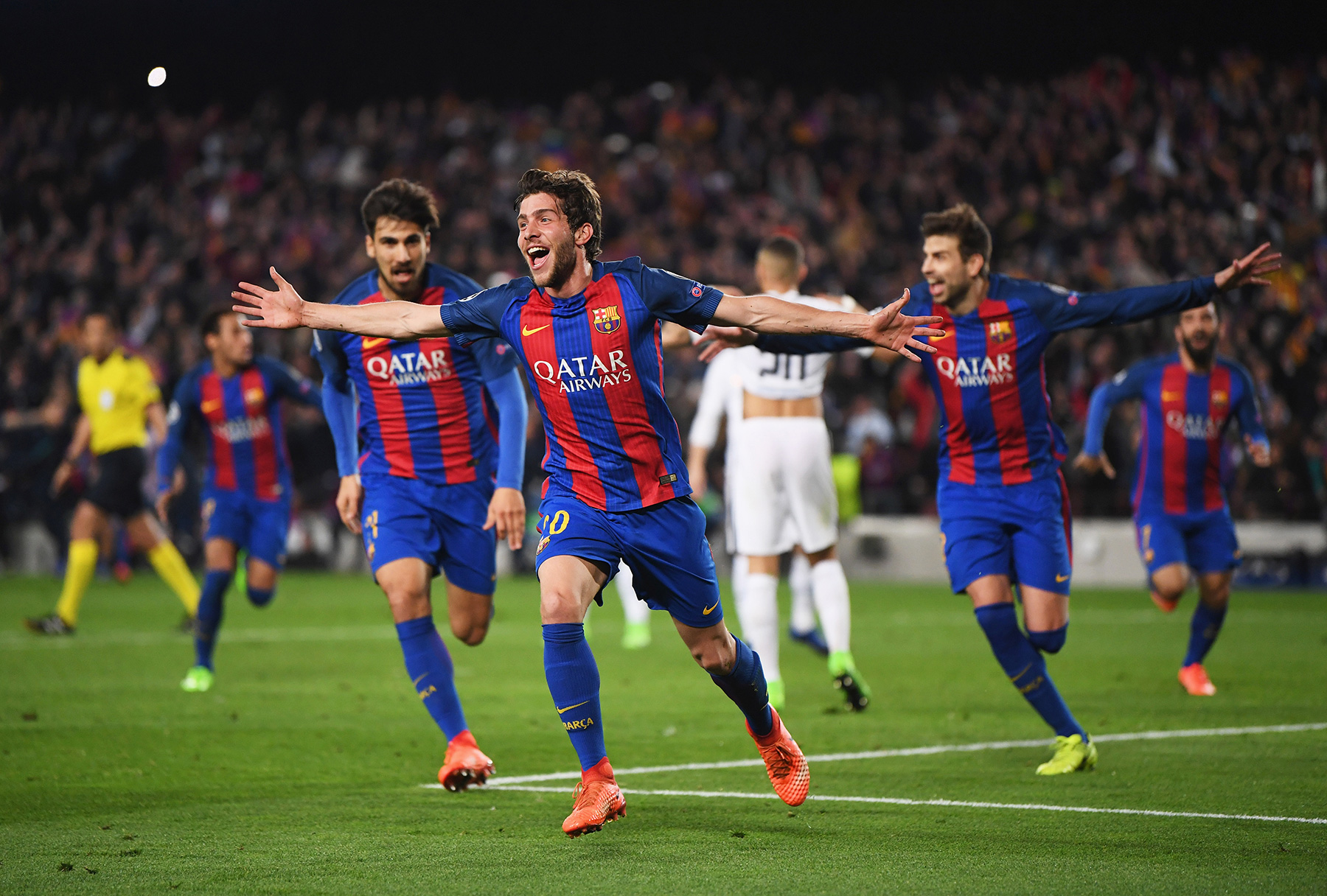 Was Emery at fault? Many convincing arguments can be made that tactical changes could’ve tipped the game in PSG’s favor but even if it was 5-1 or 6-2 instead of 6-1, questions would’ve been raised. Emery shouldn’t be absolved of fault here but he should at the very least share the responsibility.

While tactical choices can be questioned, analyzed, and discussed, one thing is undeniable: the complete lack of presence from the players. When I say the players, I mean every single one of them. It was not a question of tactical aptitude or individual ability (as both of those led to the 4-0 win at the Parc des Princes) but rather an absence of desire.

Desire, passion, leadership, toughness, whatever you want to call it. The raw scarcity of both a physical and mental desire to win the ball or to at the very least work as a team was the epitome of this massacre.

There was no leadership, no common direction, no communication, no resistance. Bar Cavani, there was not a single player fighting to minimize the damage. This was a chance for the club to finally demonstrate its continental ambition, yet, when the lights were on, nobody showed up.

That’s what I feel is important to end with. Although the referee made numerous errors on the night and Barcelona being one of the best teams in the world, no excuse justifies this loss. No rationalization can possibly explain this demolition. Those 96 minutes have not only turned Emery and his men into Europe’s laughing stock, it has embarrassed millions of fans worldwide and, ultimately, it has challenged the question of whether or not the PSG project will ever succeed.