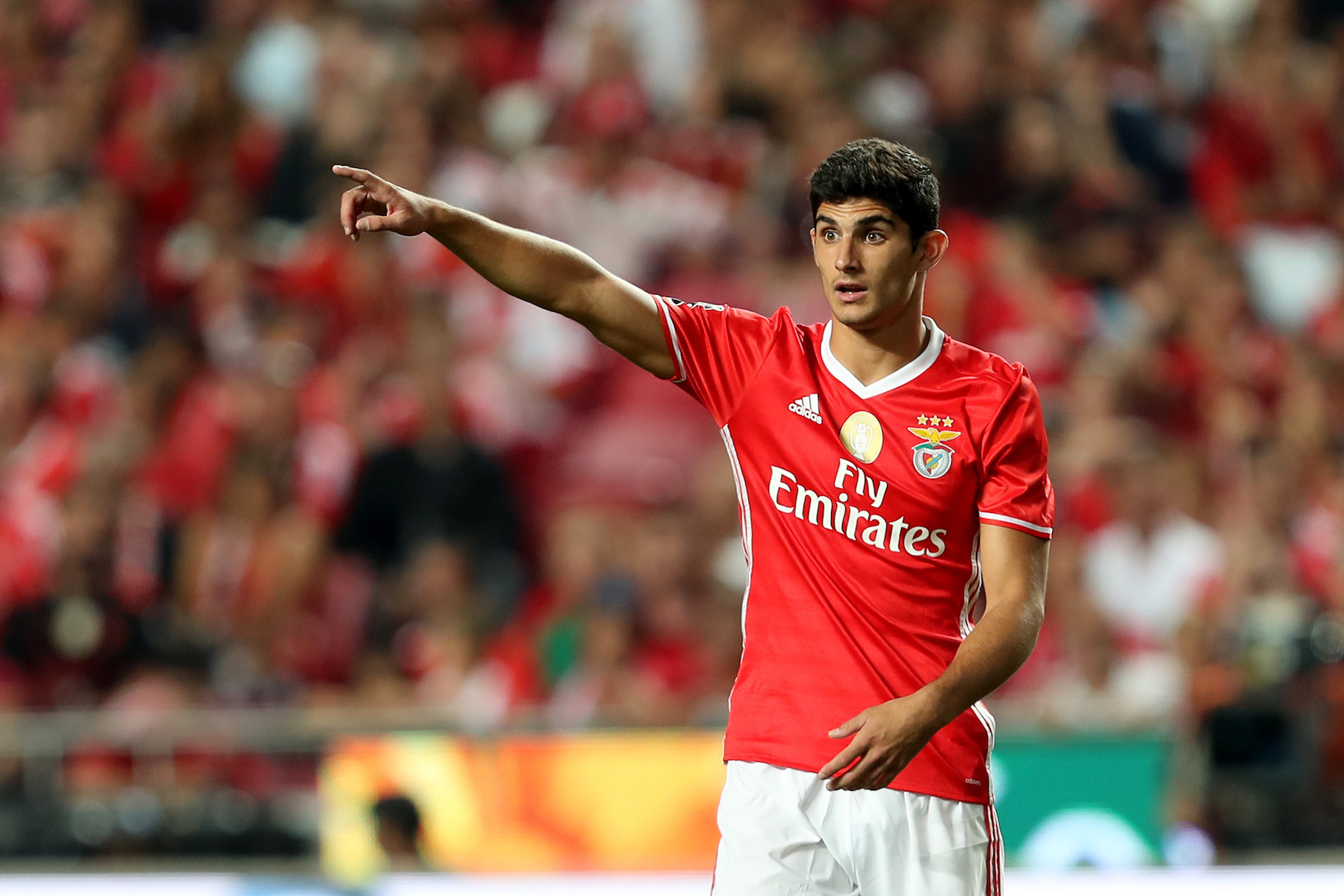 Paris Saint-Germain added yet another young, talented player to the squad this transfer window with the signing of Gonçalo Guedes from S.L. Benfica for a reported fee around €30 million. The versatile attacker’s contract will keep him at the club through June 2021.

Guedes joins Les Parisiens after working his way through the ranks at Benfica and eventually earning a spot on the Portugal national team in 2015. Capable of playing on the wing or as the second striker, the 20-year-old was was courted by several top clubs, including Manchester United, but he eventually chose to come to Paris. Speaking to PSG.fr, Guedes had this to say:

Paris always play to win trophies, so my aim is to win as many trophies as possible, and that Paris keep on winning. I know my compatriot Pauleta was well loved by Paris Saint-Germain fans. I hope to do as well as he did, and one day be just as much loved as him.

For those who don’t watch Benfica matches regularly, this signing may be somewhat of a mystery. Luckily, David Pritchett (@dpritchett_SLB), Editor of Planet Benfica (@planetbenfica) was kind enough to share some insight into the player and what PSG supporters can expect from him:

Guedes will wear the number 15 jersey for PSG pic.twitter.com/hXcehEhW0D

Guedes established himself in Benfica’s first team last season when he played almost exclusively as a right winger. This season however, he has been deployed as a second striker. Guedes is a pacy, energetic and direct player who looks to drive forward with the ball at every opportunity.

The 20-year-old has quick feet and fantastic acceleration. He is able to change direction in an instant, slaloming his way between defenders with his trademark balance and agility. Such is his elusiveness that opponents have often resorted to extreme measures to stop him; he is one of the most fouled players in Portugal.

The youngster boasts great vision and passing and creates a steady flow of opportunities for his teammates, whether starting on the wing or behind a central striker. He set up 8 goals in his breakthrough season and already has 7 assists to his name this term.

Guedes’ finishing is steadily improving but still has some room for improvement. He has netted 7 times in 28 appearances during the current campaign. Critics point to the fact that he has one of the poorest goals-to-shot ratios in the Primeira Liga, but this reflects an eagerness to shoot from long range rather than a serious lack of composure in front of goal.

For a young player, Guedes demonstrates admirable determination and work rate—regularly tracking back to assist his midfield in retrieving possession. He has bulked up since arriving on the scene as a spindly teenager but he could probably get even stronger.

My main concern with Guedes is his temperament. Some journalists have compared him to Cristiano Ronaldo and while there are some similarities in their style of play, their personalities could hardly be more different. Guedes is a shy and reserved individual so it may take some time to adjust to his new life in Paris.

On the pitch, he is far from a choker but he does lack that self-confident swagger—some would say arrogance—that separates someone like Ronaldo from everybody else. His body language isn’t the most positive at times and he can drift in and out of games, especially after he has taken a few big hits. In my opinion, he needs to develop a nasty streak; he is simply too nice! That said, he has already scored UEFA Champions League goals away to Atlético Madrid, Napoli, and Beşiktaş, so he clearly doesn’t freeze on the big stage.

Intriguingly, Guedes featured in all but two of Benfica’s league games in the first half of last season, but then played just 38 minutes of league football in their remaining 17 matches. Nobody has properly explained this dramatic disappearance, but ‘burnout’ has been suggested. I’m quite surprised that more isn’t being made of this but if PSG were happy to splash €30 million on the player then they must have received a satisfactory explanation.