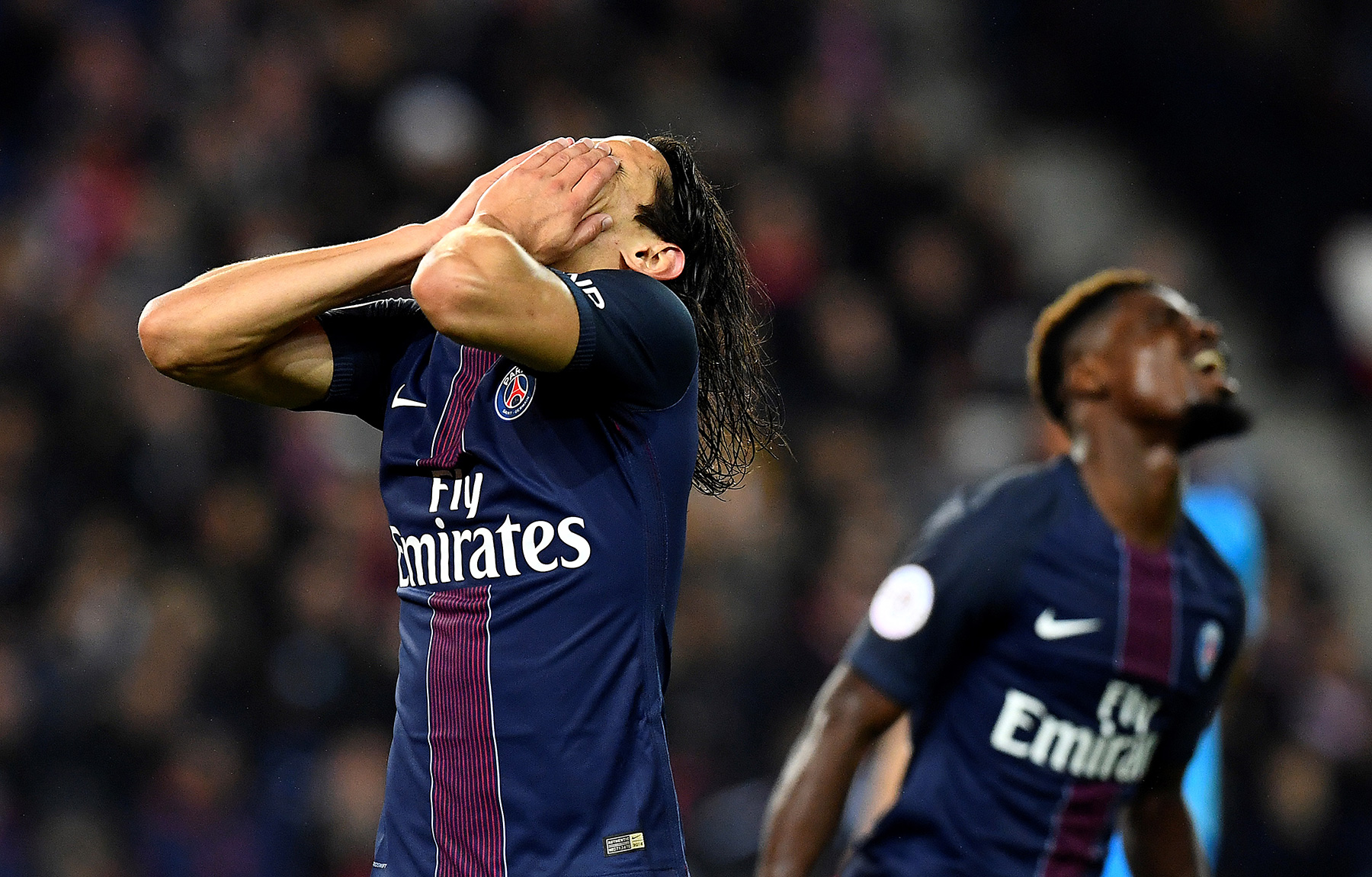 On a rain-soaked surface at the Parc des Princes Sunday evening, Unai Emery’s Paris Saint-Germain hit another slump in their ongoing identity crisis as they drew 0-0 against Olympique de Marseille. Here are our notes for each player.

Scale is 1-10, with 5 meaning perfectly average.

Marseille did not bother to shoot, on or off target, so Areola did practically nothing for 90 minutes. The match was not an enjoyable one and I could have easily put down “N/A” for the Parisian keeper.

The Brazilian advanced well into the midfield and checked his movement relative to Serge Aurier’s on the opposite flank. Maxwell’s football IQ is not in doubt (he’ll probably make a great coach one day) but unfortunately, he struggled physically from the first minute and the few times Marseille did get forward they did it by going around him. Maxwell showed serious signs of burnout by the end of the game and he was made to look worse on his flank by the underwhelming Angel Di Maria.

The captain broke out of his middling, tired form to be a good passing outlet at the back. He also cut out Marseille’s single chance of the game with a goal-saving tackle. Amid rumors of a move to Juventus on a free transfer, of dressing room leaders enforcing their preferred football on Emery, this was the kind of performance he needed to clear his head.

The young Brazilian didn’t do much and wasn’t called into action as much as his partner but he was composed as usual at the back especially when it came to dealing with Florian Thauvin.

Incessantly, tirelessly running down the right flank, Serge may not have a brain, but he has too much heart for his own good. It endears him to the crowd, particularly in a game such as this where too few players seemed to care. He would be the highest rated player on the team if he had been able to cross the ball properly—although it must be said he could have scored a few if Cavani hadn’t taken the headed goal opportunities from him. 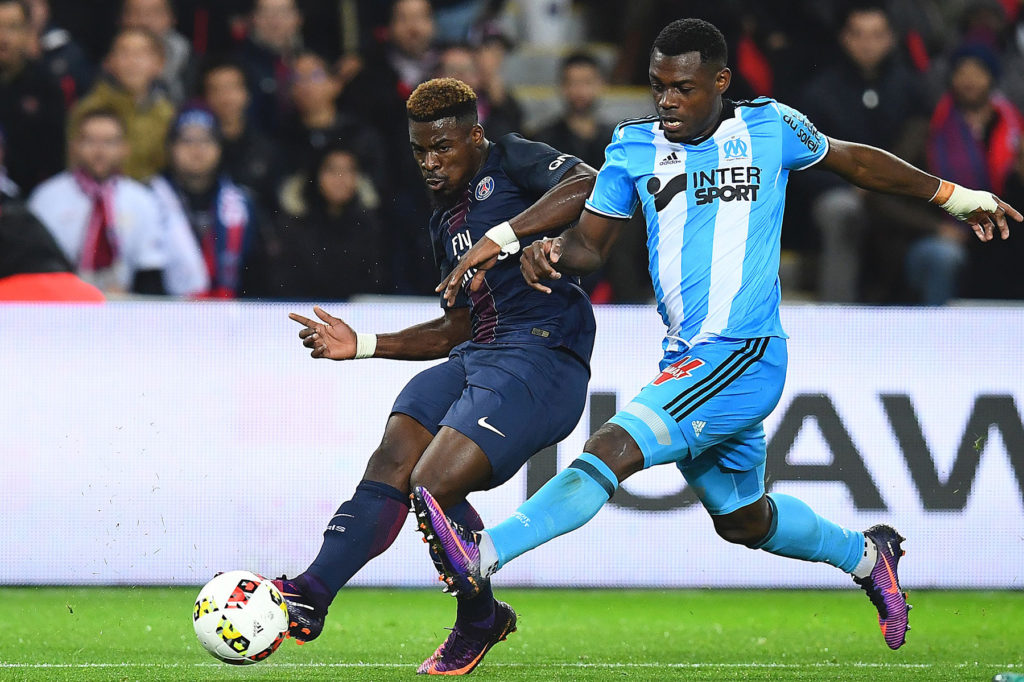 Composed and calm on the ball as Grzegorz Krychowiak watched from the bench. Motta wasn’t called upon to run much at all, meaning he was able to distribute the ball and intercept at his leisure. Ultimately all for nothing, but probably the most functional midfielder of the three tonight.

A below-par performance from Verratti, who is still trying to shake off his latest injury. The Italian distributed the ball well at times and his defensive work rate was admirable—with a few great tackles to round the night off—but he lacked a proper outlet up front and lost the ball unnecessarily a few times after being swarmed during dribble attempts. Verratti needs to learn a bit from the great Andres Iniesta about when to beat his man.

Much was made of Verratti’s reaction to being taken off early for Blaise Matuidi but he’s not fully fit and supporters shouldn’t read too much into his actions.

The young Frenchman didn’t do all that much but he also didn’t make many mistakes either. He was solid positioning-wise, but against Marseille, he needed to be more of an attacking outlet and to run forward more. He’s capable of that sort of thing but unfortunately didn’t offer it. Rabiot came into the match more when he moved into Verratti’s role, allowing Matuidi to provide the runs.

Lucas was PSG’s most high-effort player of the night. He tracked back for 90 minutes, carried the ball forward, put crosses in, created every dead-ball chance, and could have registered a hat-trick of assists. Lucas probably should be doing better with corners and he wasted a few crossing opportunities, but that’s harsh when he was the only one who created anything of note. On another day, this would be a watershed performance for the Brazilian. Instead, he is but a glimmer in a largely lifeless team.

Woeful and booed by the crowd when he was substituted. The single worst performance by a Parisian player I’ve seen this season and the worst game I’ve ever seen Di Maria play in any shirt. The club is paying this man a hero’s wage to ignore four passing options and fire a shot directly at the man covering him from 40 yards out. The Argentine could not decide between crosses and shots half the time so he decided more often than not to merely punt it into the atmosphere. His spot in the starting lineup is less secure than ever, as it should be.

PSG’s striker missed several opportunities to head the ball into the net from a set-piece, plus, he could have left those chances for Aurier who was in a better position. Cavani missed an open goal from six yards, which would have won the game and his penalty shout, while warranted, was most likely not given due to his theatrics going down. Otherwise, the Uruguayan was not awful but if that’s the kind of thing we have to justify him with…it may be worth swallowing the difficult pill that Cavani is not a big-game striker and probably never will be.

Matuidi was decent when he came on and a solid substitution for Verratti. He provided the impetus needed from midfield and probably should have started over either Verratti or Rabiot. Despite his best efforts to set up Cavani up, he was not awarded with the assist he rightfully deserved. At this rate, Matuidi would be a better left-winger than Di Maria. 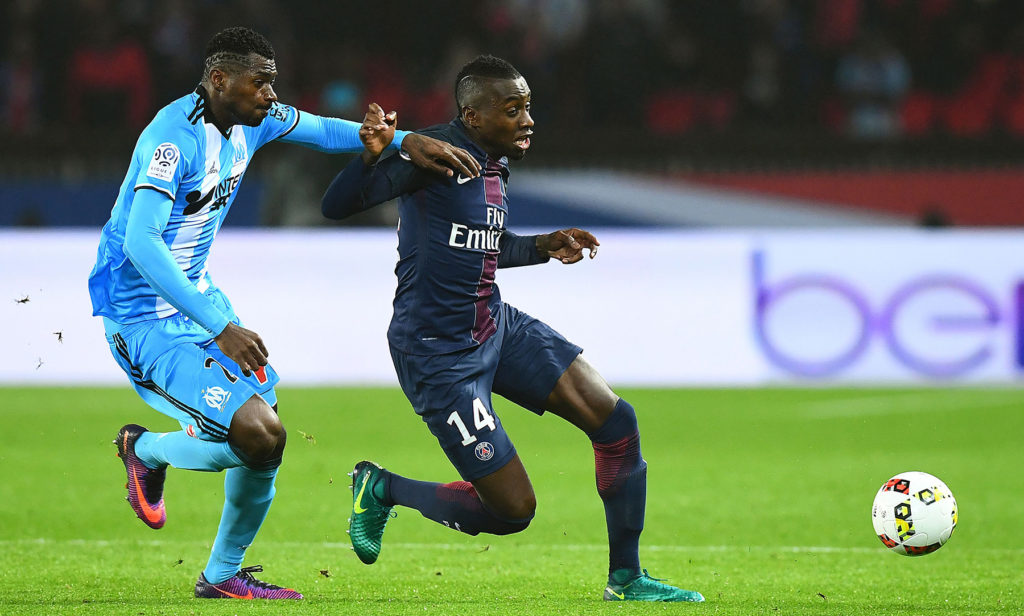 The former Real Madrid man did well when he came on for Di Maria and made passing to that side of the pitch less of a waste. After this performance, I believe Jesé deserves his chance in the team to show what he can do. He has promising movement and is much better at cutting inside from the left, which suits runners from deep and the crossing ability of Layvin Kurzawa.

It was a bold move from Emery to bring Ben Arfa on for Thiago Motta, reverting to the 4-2-3-1 he attempted at the start the season. The former OGC Nice man looked far better than he has in recent sub appearances. Di Maria’s fall from grace means the door is open for any number of players and Ben Arfa could definitely still shine if he captures the fitness and mentality necessary. If not, he’s probably gone this summer.