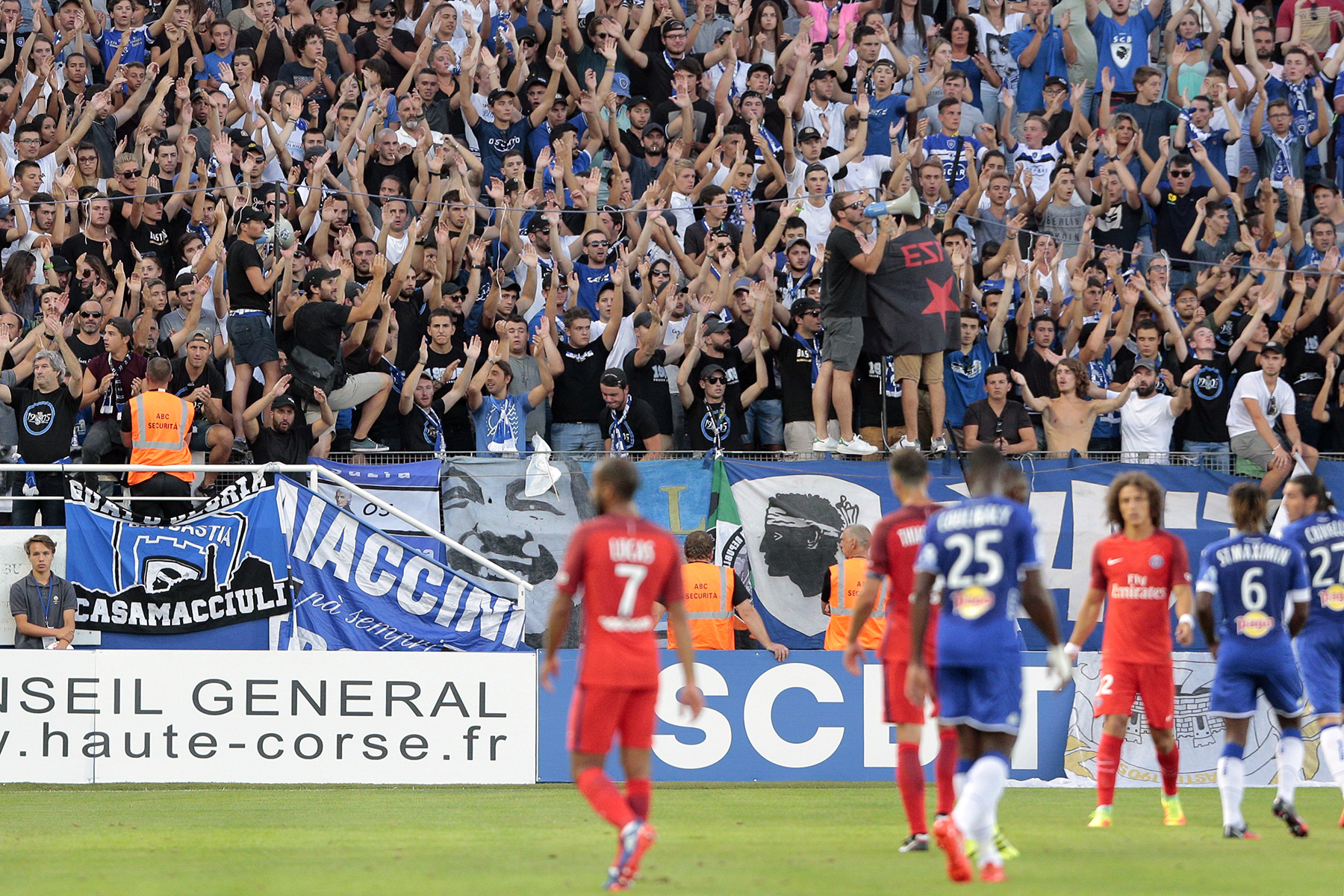 Unai Emery’s Ligue 1 debut was a walk into the French championship’s darkest depths. While the Trophée des Champions victory over Olympique Lyonnais showed off the Parisian ability to counterattack and utilize space left behind, this torrid night in Corsica proved to be a real trial by fire. The notoriously rowdy home fans were the only presence in the stadium, with visitors banned due to a history of violence, and the scuffed pitch only amplified what was a scrappy, physical game. Paris Saint-Germain managed to snatch a goal to earn all three points from SC Bastia, but who stood out?

The rating seems almost too much for a goalkeeper that was hardly tested, but Trapp didn’t put a foot wrong all match. The German dealt with a poor David Luiz back-pass well, claimed every air ball that dared enter his box, and distributed with impetus to help the transitional play. With Alphonse Areola nipping at his heels, Trapp seems to have earned his position as Emery’s starting goalkeeper.

Not at his spectacular best, but undeniably the man who dragged PSG to a win on Friday. He’s now scored in two consecutive matches but a few poor deliveries, plus a missed tackle against Allan Saint-Maximin early on prevent him from earning a 5. Something to keep an eye on though were his promising combinations with Jesé Rodriguez.

Caught out once early on, the 20-year-old rebounded and did himself justice the rest of the game. He needs to work on his long passing after a couple of giveaways but with the ball at his feet, he is shockingly confident and his elegance in stepping out of the back four surprised many.

The Brazilian was generally not a liability and had a few good passes, but he was guilty of some lazy defending, which gave Bastia their two chances in the match. A bad back-pass to Trapp nearly spelled disaster in the second half.

A rock, as ever, defensively—particularly when partnered with the marauding Kurzawa. The Ivorian needs to work on his offensive game, though, as the wider approach of Emery’s PSG leaves him in tighter spaces. He had some nice dribbles, but was also guilty of giving away some attempted one-two’s and his crossing was very hit-or-miss.

It’s hard to find a mark against Thiago Motta, who basically did as he was told all match. Probably provoked a few too many fouls and earned a deserved yellow card, but composed at the back and did what he could to distribute the ball.

Not a bad game from the youngster but below his usual standard. Statistically very good on the ball and won a few good tackles in midfield, but his positioning alongside Motta was at times atrocious and he failed to provide an outlet for his team until the entrance of Marco Verratti. The Frenchman also miscontrolled one of PSG’s best opportunities of the match.

Artistic at times, particularly in a first half devoid of any invention, but Pastore could not get much going against deep-lying opposition. He set up Hatem Ben Arfa 1-on-1 and linked up frequently with Kurzawa, but generally suffered from the team’s lack of verticality.

Di Maria played a full 90 minutes and enjoyed the second half far more. He set up Kurzawa’s goal via a through ball to Jesé. The Argentine could be accused of lingering too much on the ball but generally a consistent source of forward momentum. He tested the keeper twice in the first half with good shots from distance, too.

Lucas couldn’t find any space at all throughout the game but did draw a few good fouls. He did well generally from set pieces but was essentially marked out despite a couple of good runs and passes.

PSG fans shouldn’t write this signing off yet—he’s never been a natural 9—but tonight was a terrible outing for the former OGC Nice man. His positioning left a lot to be desired, generally drifting out of his own space without making sure his teammates could drift into the hole he left, meaning PSG frequently played with no outlet. He was the main cause of his team’s awful lack of vertical options.

PSG’s latest signing didn’t see much of the ball but his incessant off-the-ball running made for a massive improvement over Ben Arfa. He essentially assisted Kurzawa’s goal after a wonderful run to split the center-backs.

The Italian came on and frequently invented space where there should not be any. Still clearly not fit but far from transparent—Verratti did more than Rabiot by virtue of always being in a position to receive a pass. The team will be indescribably better when he returns to full fitness.

Did very little save for start a fight with a late tackle. He saw almost none of the ball but showed he still has legs left to press. Future still uncertain.

Sadio Diallo, Bastia’s #2, enjoyed probably one of the worst first halves a footballer could have. Frequently found as the prime outlet for the hosts after a well-worked counterattack, Diallo made no effort whatsoever to find a pass and his three horrendous long-range efforts will garner some deserved mockery.