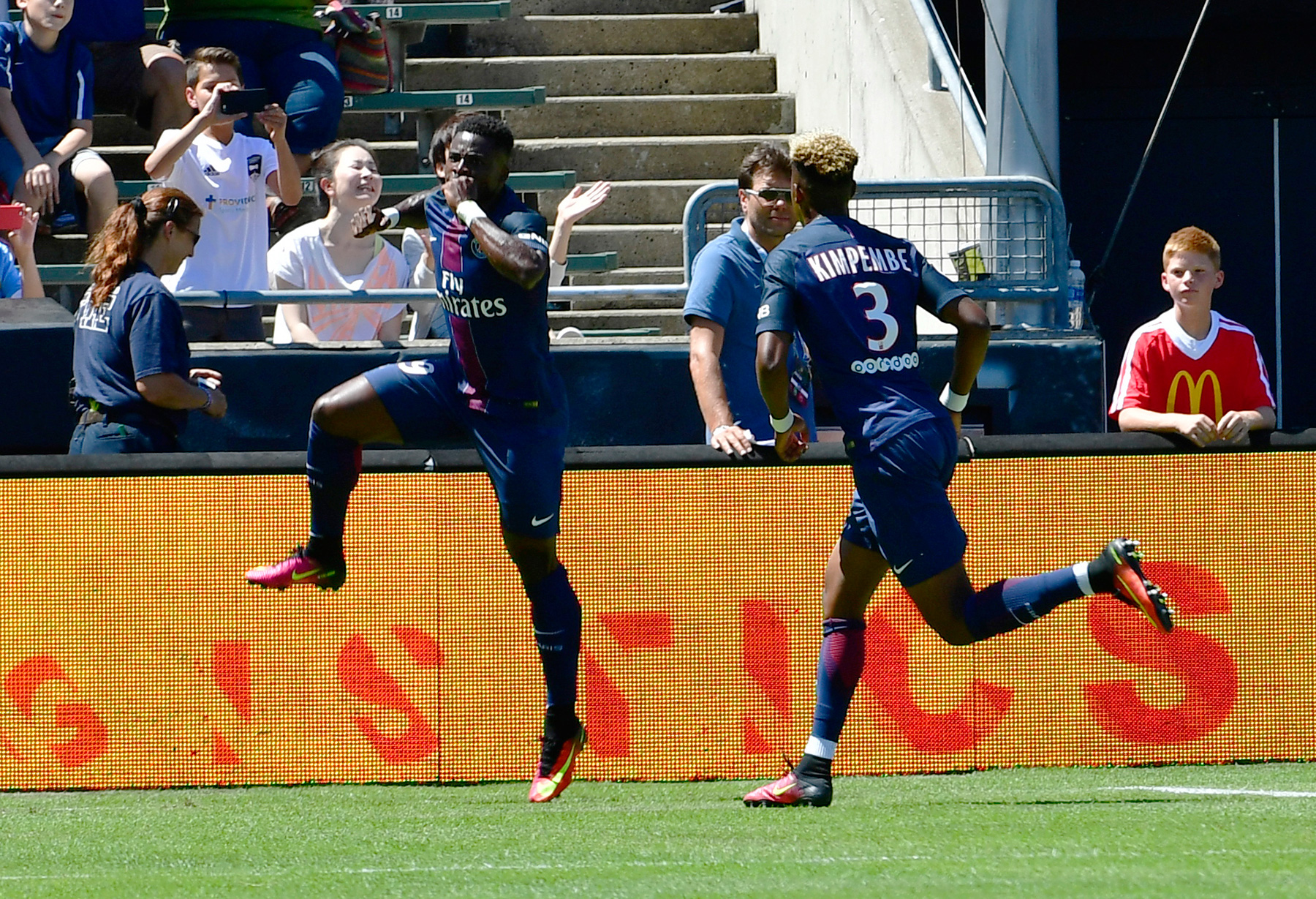 Serge Aurier’s brace and a beautiful free-kick from Layvin Kurzawa gave Paris Saint-Germain the 3-1 win over Inter Milan in their first match of the International Champions Cup.

The preseason victory is the second under new manager Unai Emery since he took over at PSG earlier this summer and with each match, we’re starting to see how the former Sevilla manager intends to set up the team once the season begins.

An interesting element of the Spaniard’s style that was evident from the start of the game on Sunday afternoon was the high pressing and quick desire to win the ball back as soon as it was lost. Under Laurent Blanc, you hardly ever saw that sort of work rate, especially in preseason. Lucas Moura had this to say to L’Equipe after the match:

We played a good match, I’m happy. Everyone wants to see a good PSG this season. We’re working hard tactically and positionally. It’s very intense. You saw that against Inter. As soon as we lose the ball, we try to get it back as soon as possible. That wasn’t the case before, and it was a problem.

The reigning French champions started the game in the familiar 4-3-3 and while the defense and midfield were solid, the attack clearly needs work. Hatem Ben Arfa was not as effective in the center-forward position and Jonathan Ikone was not as impressive as he was against West Bromwich Albion.

One player who stood out to me was 18-year-old Lorenzo Callegari. The academy product played the anchor role, similar to Thiago Motta, just in front of the defense and was stellar throughout the match. Playing the full 90 minutes for the second consecutive match, Callegari could be one of the youngsters we see a lot more of next season.

The real story of PSG’s win over Milan starts and ends with the fullbacks. Aurier, who was named Man of the Match, was a bundle of energy throughout. After his much-publicized suspension, the Ivorian experienced a dip in form and it’s great to see him return to his best and celebrate with his teammates after each goal.

Kurzawa, who is expected to take over for Maxwell at left-back next season, displayed his attacking ability with a bending free-kick that scored past Inter goalkeeper Samir Handanović. New signing Thomas Meunier, who came on for about 20 minutes, showed a little of his attacking ability as well and the competition between the Belgian and Aurier will be fun to watch.

The match didn’t do much to settle the Alphonse Areola and Kevin Trapp competition, with each playing about 45 minutes. Inter didn’t offer much in the way of a sustained attack and while Areola did concede the goal, it was off of a penalty.

There was a pleasant surprise for PSG supporters as after much speculation, Javier Pastore came into the game late wearing Zlatan Ibrahimovic’s iconic #10 for the first time. The move is an interesting one and signals a huge vote of confidence by the club. I’m looking forward to watching the Argentine this season and seeing how the added pressure affects his play on the pitch.

The match also saw the brief return of Edinson Cavani and Angel Di Maria, with the Uruguayan showing flashes of his frustrating play by wasting a few scoring chances. Supporters can only hope he can brush off the rust as the brunt of the scoring load falls on him with Ibrahimovic now gone.

Preseason matches don’t count for much but the wins are always good to build the momentum heading into the new season. Paris Saint-Germain’s next game is against Real Madrid on Thursday and there’s a chance we may see Marco Verratti, who is looking to make his return after sustaining a season-ending injury last season.