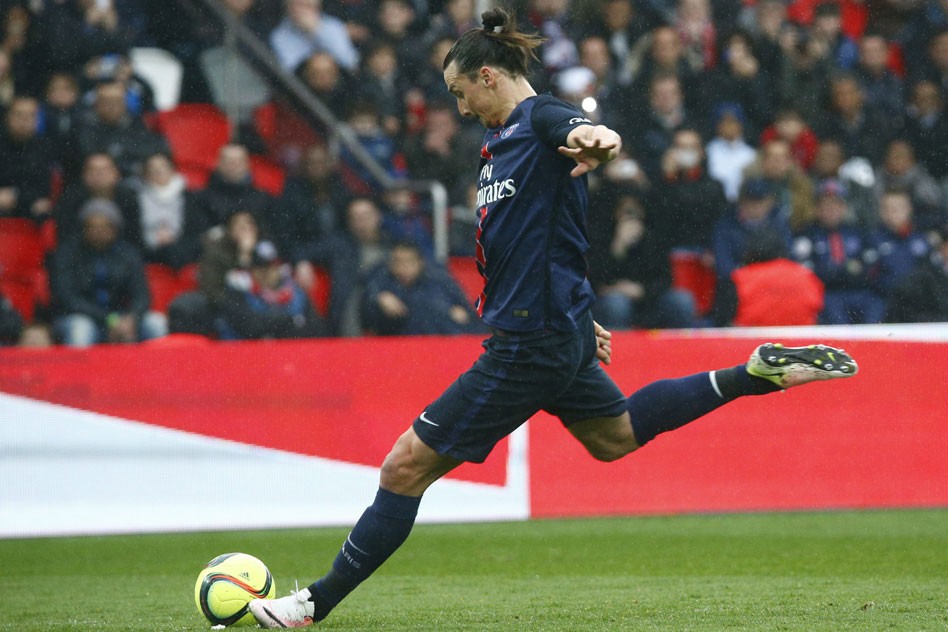 In their final tuneup before hosting Manchester City in the quarterfinals of the UEFA Champions League, Paris Saint-Germain disposed of OGC Nice at the Parc des Princes on Saturday by a score of 4-1.

Here are my three takeaways from the game:

PSG’s all-time leading scorer recorded his second hat trick in three Ligue 1 games and has now scored 30 goals twice in four seasons. It was the perfect answer to the March 20 loss to AS Monaco.

What was most impressive to me as I watched was the way Ibrahimovic scored his goals. From a delicate first touch to settle a lob pass from David Luiz to a blistering free kick, the Sweden international seemed to be sending a message to Manuel Pellegrini and his Manchester City side.

No one predicted this kind of goal output from the 34-year-old striker this season (OK, maybe I did…) but his intensity on the pitch and his ability to almost score at will has Paris on the verge of another domestic sweep and their first  Champions League semifinals appearance of the Qatari-era.

While Ibrahimovic and the PSG attack grab all of the headlines, the defense remains a concern and Luiz the main culprit. The Brazilian, whose struggles extend to his national team as well, simply hasn’t been good enough and many supporters are calling for Marquinhos to take his place alongside Thiago Silva. Watch Hatem Ben Arfa’s wonder strike below and you’ll see Luiz allowing the former Newcastle man entirely too much space to set up.

The problem with moving Marquinhos to his natural center back position is that would leave an opening at right back. Serge Aurier has returned from his lengthy suspension and would be the ideal starter but Laurent Blanc is playing coy about whether or not he will start the Ivorian. Gregory van der Wiel is another option but he simply isn’t good enough to start a game at this level of the Champions League.

He [Serge Aurier] is a player like all the others: if I think he should play, then he will play, and if not, he won’t.”—Laurent Blanc, psg.fr

In my opinion, if Aurier is fit he has to play. Paris Saint-Germain have a real chance to win the Champions League this year but only if they play their best players—and Aurier is their best right back. If you’re not going to sell him this summer, and I don’t think PSG will, I think you have to play him on Wednesday and the remainder of the season as long as he stays in form.

The much-maligned midfielder came into the season wanting a move away from Paris due to lack of playing time. Against Lille OSC in the first game of the season, the 21-year-old Frenchman picked up a red card after only 28 minutes. Now, with Marco Verratti all but ruled out for the City game on Wednesday, Rabiot will be called upon to control the midfield and help fuel the Paris attack with his passing prowess. While Verratti is a devastating loss, Rabiot is a more than capable backup. In five Champions League appearances this season, Rabiot has recorded two goals and an average pass accuracy of 90 percent (via Squawka). With a stellar performance, the former Manchester City academy player can lay claim to Thiago Motta’s starting spot in the midfield.