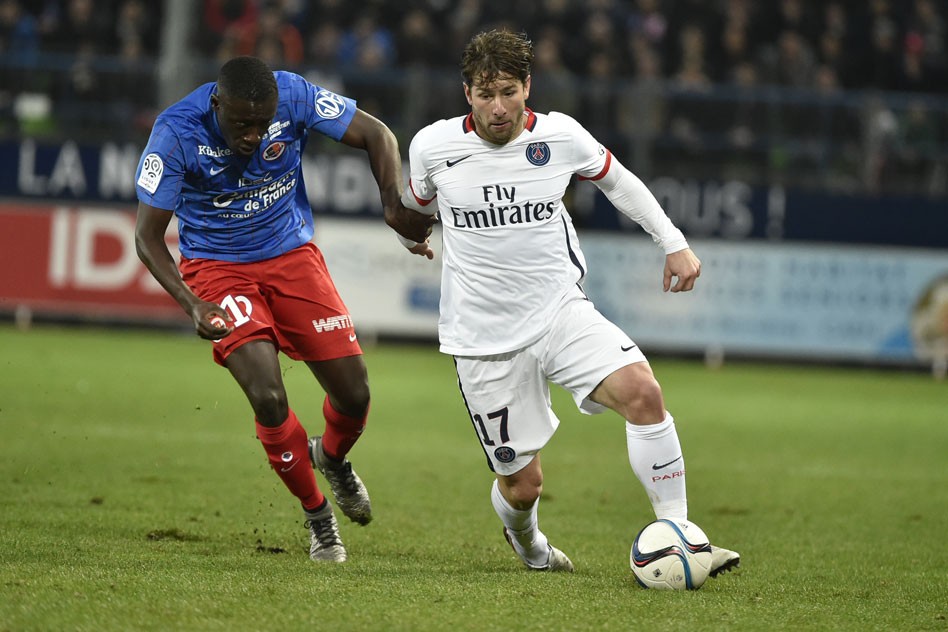 The Normandy side visit the Parc des Princes in poor form with only one win in their previous five matches. Currently on a two-game losing streak, Caen will look to pick up points as they push for place in the UEFA Europa League next season. Allowing five goals in their last three matches, Caen must remain disciplined if they intend to leave the French capitol with a result. Their two standout players, Damien Da Silva and Dennis Appiah must recapture their stellar form if Patrice Garande’s men are to take points off Paris.

Averaging 1.06 goals per game away from home this season and failing to score in 11 league games, Caen will struggle to score but should find holes in the shaky Parisian defense. The French champions, who are averaging 2.5 goals per game in their last eight Ligue 1 matches, expect a repeat of the reverse fixture, which ended 3-0 with goals from Zlatan Ibrahimovic and Angel Di Maria.

Following the Champions League exit, Blanc is determined to close the season strongly by securing the Coupe de la Ligue and Coupe de France. Remaining positive and moving forward will prove pivotal as the Parisians begin building for next season.

“…morale could be better. It’s normal to feel the effects of being eliminated from the Champions League, but we need to start moving forward again. And that starts with Caen in the league, and then against Lorient on Tuesday as we look to book a place in the Coupe de France final”.—Laurent Blanc, psg.fr

Marco Verratti and Javier Pastore will remain absent from the squad following a failed fitness test and a brief appearance midweek respectively. Joining the duo with an injury will be Thiago Motta, who will be out 10 days after picking up a thigh strain midweek against Manchester City.

After his tactical blunders in the Champions League, Blanc will return to his standard 4-3-3 but with a slightly depleted squad. The inclusion of “home grown” players will continue with the exception of Jean-Kevin Augustin and Christopher Nkunku following their involvement in PSG’s 3-1 victory against Real Madrid in the UEFA Youth League. The absence of six first team members provides summer signing Sessi D’Almeida with a place in the first team.

I expect PSG to respond with a solid performance and victory following the midweek fixture. Caen have struggled away from home this season and the poor form should continue on Saturday. Marquinhos, who is reported to be annoyed about not starting against Manchester City, will attempt to dethrone David Luiz at the center back position with a good performance.

Video: Marco Verratti Shares What He Wants to Improve on Following PSG’s Win Over Stade Brestois
16 January 2022, 8:50
Follow Us