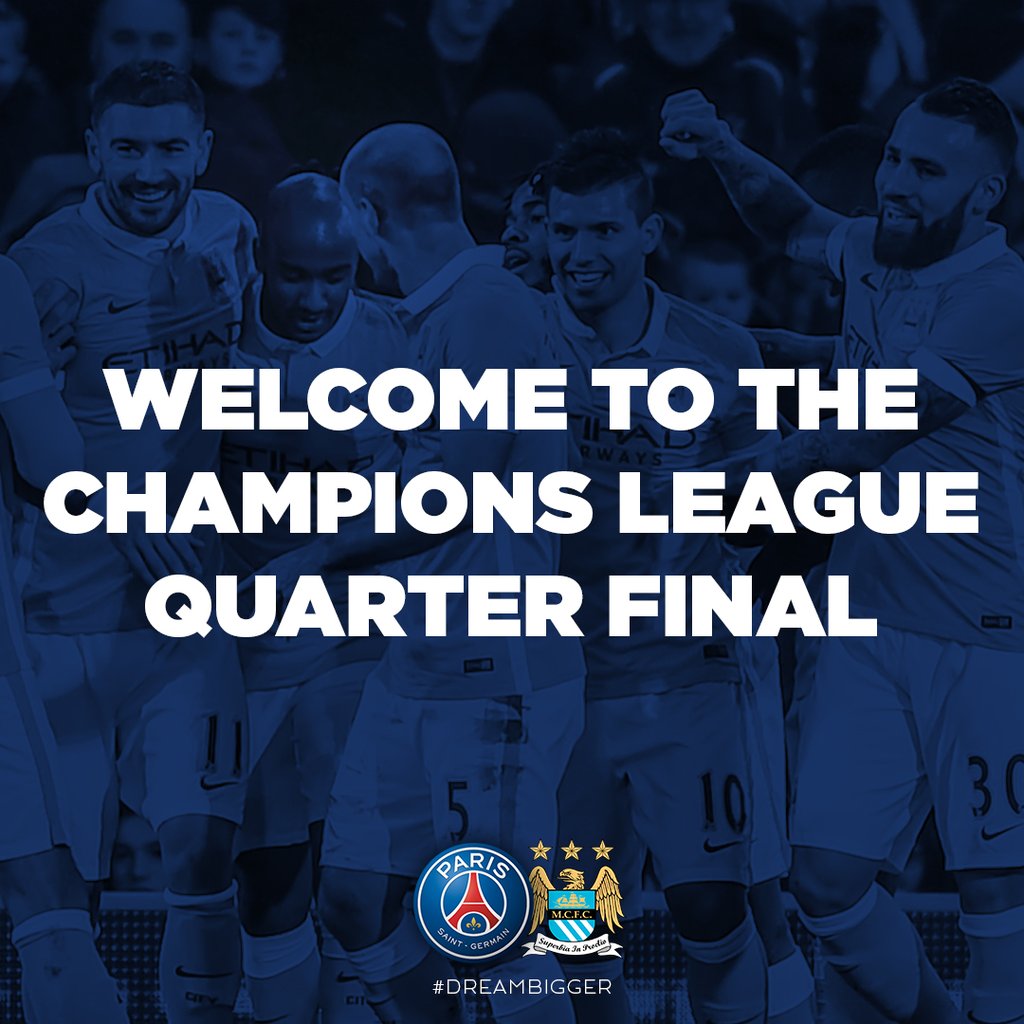 Paris Saint-Germain supporters are buzzing after the draw yesterday morning for the quarterfinals of the UEFA Champions League. Not only have they escaped Barcelona F.C. and Bayern Munich (for now), but they go into the tie against Manchester City as the favorites and have the opportunity to knock out yet another English Premier League team.

I previously wrote that Manchester City would be an ideal opponent for Paris considering the current state of their squad and I’m elated that the two will face-off in the final eight of the Champions League. The players shouldn’t be over-confident but they have to feel good about facing a team that has never reached this stage before and has only won three of their last nine fixtures. Could this be the year Paris finally break their quarterfinal curse?

We could only find one previous meeting between PSG and City and that was on December 3, 2008 in the Europa League. That match ended in a scoreless draw but I found the lineups for both clubs to be of interest. I think it’s fair to say both clubs have upgraded quite a bit.

It’s no secret how PSG and Manchester City came to be among the best in Europe. Some have even dubbed the tie El Cashico in reference to the wealthy owners of both clubs. Having recently defeating Chelsea F.C., another newly-rich English club, Paris have a chance to show critics how far their project is compared to their Blue Moon counterparts.

Both Paris and City enter the tie with key injuries. For lame duck manager Manuel Pellegrini, he must deal with the likely absence of defensive rock Vincent Company who is dealing with a calf injury. The newly crowned French champions were dealt a blow recently when it was announced midfielder Marco Verratti would fly to Qatar to continue his recovery from a tricky groin injury. The hope is to rest the Italy international until the first game against City on April 6 but he may not be ready.

Should Verratti be unable to play against Manchester City, Adrien Rabiot or Javier Pastore could step in and I expect them to perform well against a struggling City midfield. I mentioned City’s schedule earlier and that shouldn’t be overlooked. The blue half of Manchester currently sit fourth in the Premier League and are not guaranteed Champions League qualification next season. While PSG can rest key players leading up to the tie, City will need to exhaust all of their resources as they face Manchester United on March 20. It’s safe to say that PSG is in the driver’s seat for this one.

Heading into the season, the goal for PSG was to reach the semifinals of the Champions League and not to completely underrate City but Paris should expect to accomplish that goal. Up until this point, everything has fallen in line for the capital club and I believe PSG can do something special and send Zlatan Ibrahimovic off to his next club with a Champions League medal around his neck.