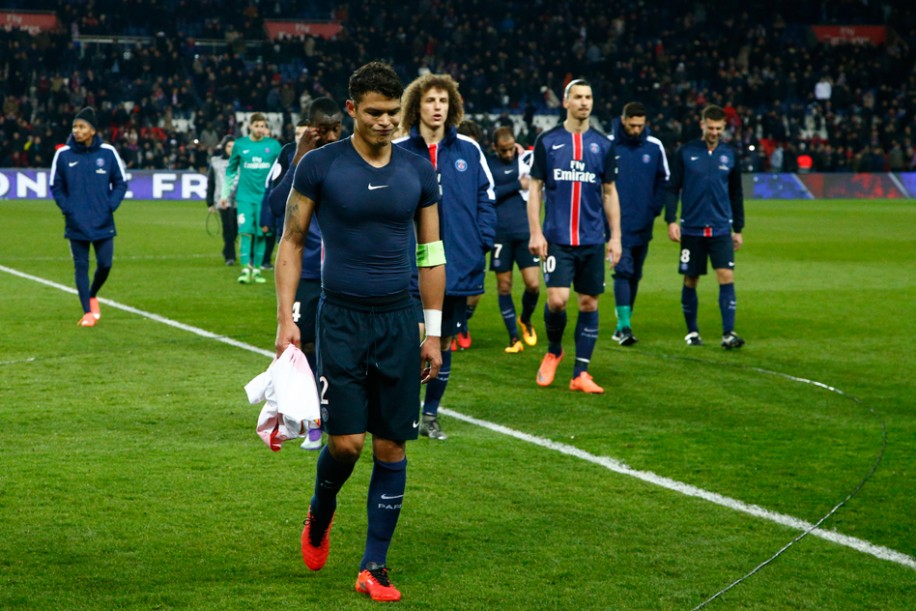 A bitterly disappointing Paris Saint-Germain team fell at home for the first time in all competitions since the loss to F.C. Barcelona in last season’s UEFA Champions League quarterfinals.

Tactical magician Leonardo Jardim assembled a team without midfield maestro João Moutinho and assisting machine Nabil Dirar yet the Samba duo of Vagner Love and Fabinho were enough to secure a 2-0 win at the Parc des Princes. Les Parisiens left a lot to be desired from the game, but still some positives can be taken from a rare loss at the hands of Les Rouges et Blancs. Here is my “Good and Bad” from PSG vs. AS Monaco:

Starting due to Gregory van der Wiel’s absence after a disciplinary incident, the Brazilian is already a full-fledged, world-class defender at center back and his versatility has never been put into doubt as he has performed brilliantly at right back numerous times throughout his PSG career. That said, a liability in his play as a right back had always been crossing the ball, something natural full backs like Maxwell or Van der Wiel excel at. In today’s loss, however,  we saw (most of the time) impressive crossing from the Brazilian international like the sublime ball he placed in the 62nd minute that forced a corner after a block from Andrea Raggi. Superior crossing from Marquinhos is only a positive as each time he is more capable to fill in for the temperamental right backs Paris has grown used to.

Last season, Chelsea F.C. won the Premier League with 3 games to spare and Jose Mourinho told the press that his players would not become complacent and would keep their firm grip on the league. One Saido Berahino brace later, Chelsea was losing 3-0 to West Bromwich Albion at The Hawthorns. It seems like history repeating itself in the form of the French champions this time as last weekend Paris Saint-Germain were crowned champions for the fourth time running, and today they lost 2-0 to a team that at one point in the season, even in second place, were closer to relegation than first place. Part of Blanc’s job as the man in charge is to make the team work in these cases; today, he failed miserably. If he wishes to throw away a season’s worth of hard work then complacency is the path to follow. If not, he must turn the team’s will around before Manchester City shock Paris and knock them out of the Champions League.
David Luiz

After Paris’ second loss in the league this season it was David Luiz who had the honor of taking home the worst rating of the match, a 4.7 according to whoscored.com. The Seleção star’s performance was not only mediocre at best, but his obsession with playing out from the back cost him the ball and while trying to mend his error he conceded a penalty that put the match to bed. It is a good thing that he accepted the blame and apologized to his teammates after, but his performances must improve if he wishes to continue to start ahead of the ever-improving Marquinhos.