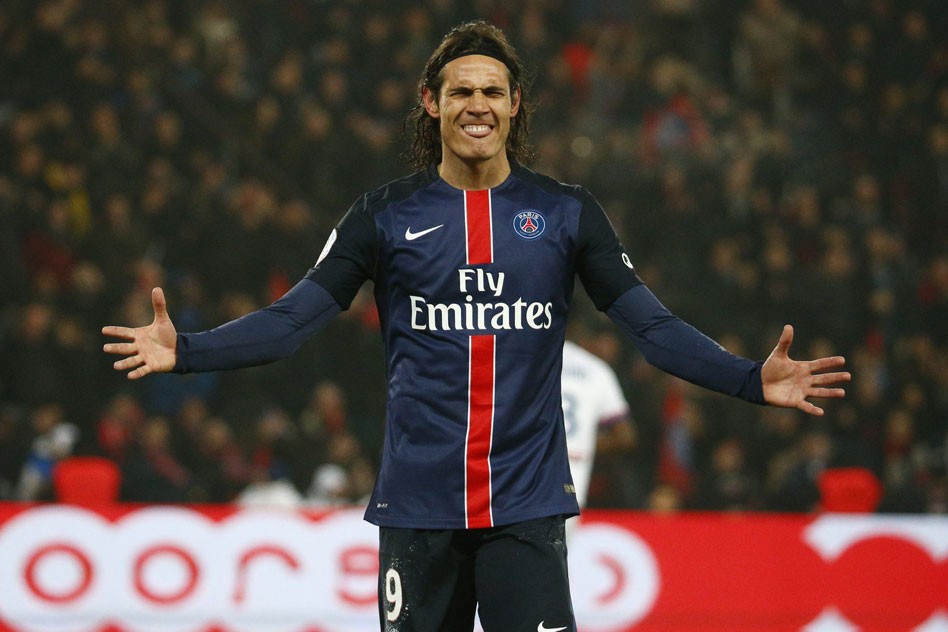 Paris Saint-Germain extended their undefeated run in Ligue 1 with a 2-0 win over AS Saint-Etienne last Sunday but the real story has to be Edinson Cavani, who was left on the bench once again and has not started a single league game since December 13. Laurent Blanc’s decision to leave him out of the starting lineup, despite injuries to some other key players, confirms that the Uruguayan is out of favor with the manager and has lost his place to an in-form Lucas Moura.

Following the reported meeting between Cavani and the members of the club’s hierarchy over the winter break, his career at PSG seems to be in a downward spiral. Blanc even publicly slammed his attitude, criticising the player for putting his concerns ahead of the team’s. The striker appears to be unhappy about being played out on the wings in the team’s 4-3-3 system, with Le President stating he won’t change the team’s style in favor of one player.

Cavani has lost his place in the team since, being restricted only to appearances in the cup competitions albeit in his favored central role. The 28-year old striker can’t be blamed for his unhappiness though, despite being a fantastic player who gives his all for the team to his own detriment at times, he’s simply not good enough to operate from the wings and his best attributes are overshadowed as a result. Although he hasn’t always done well when played in his preferred No. 9 role.

The Uruguayan’s relegation to a substitute role is one that has been welcomed by many of the fans who have complained about his poor performances despite scoring a decent number of goals (10 in 14 league appearances).

I love this PSG team. I love it. No Cavani = Amazing football

The attack has been wonderful in his absence. Lucas, who’s been deputizing for the Uruguayan, is finally starting to reach his potential under Blanc with both Zlatan Ibrahimovic and Angel Di Maria in scintillating form lately. The demolition of Angers SCO being the coming out party for the trio which saw them score five goals against one of the stingiest defenses in Ligue 1. With Javier Pastore, another who could replace Cavani, yet to return from injury, one can only imagine the potential the attack holds.

Having an unhappy player in the team is never good but Cavani’s relegation to the bench could prove to be the motivation he needs to get back to his best when he was terrorizing Serie A defenders at Napoli. We wrote earlier this season about why PSG needs a third striker who can provide an option for the team especially from  the bench and Cavani’s new role will definitely fulfill that need. It even seems his relationship with the team has improved according to Blanc’s press conference before the Saint-Etienne match.

what I told him. On the pitch he's a difficult time but I am and we all are here to help him."

Provided Blanc can get the best out of the striker again, he will no doubt have a role to play especially as we approach the critical part of the season that will define this team’s place in history. A fired up El Matador, particularly off the bench, could be one which turns games in PSG’s favor come the UEFA Champions League knockout rounds.