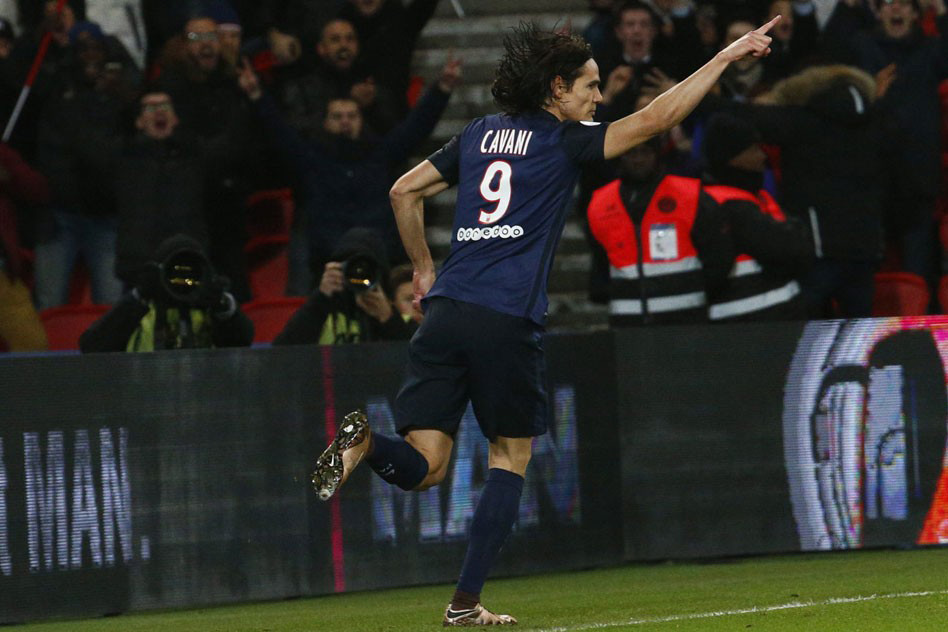 As Paris Saint-Germain enter the knockout stages of the UEFA Champions League, beginning with Wednesday’s first-leg clash against Chelsea, Laurent Blanc must take steps to combat the dreaded specter of fixture congestion. One of these steps is rotation—as many Parisian players entered and left the lineup the last few cup and low-priority matches blended together. Only the derby against Olympique de Marseille Sunday night brought back a familiar starting XI, and a few patterns have become apparent that Blanc must be aware of.

Cavani must be comfortable with the bench

The topic is hardly new. Edinson Cavani is perpetually under scrutiny, ending the season last year impeccably and often a key player in last year’s run of grinding wins. The team has evolved since then, and while Cavani was given a chance as part of the squad rotation, it seems that he has been relegated to just that—a squad member. Where last season an out-of-form, unfit Zlatan Ibrahimovic was perhaps unfairly starting every game, the return of the big Swede has certainly emphasized the gulf in class between him and his ostensible strike partner—and the Uruguayan certainly has not earned any sort of untouchable status. Even if El Matador doesn’t quite dry up, Lucas Moura, Angel Di Maria, and Ibrahimovic have played scintillating stuff over the course of the season and overall team cohesion is clearly Blanc’s priority. Of course, squad players are squad players, and no one should have expected a January departure for a player that will surely play his part in the closing stages.

Motta must find his groove

The last few fixtures have not been too kind to Thiago Motta. He is supposedly the Busquets, the Alonso, the dignified metronome of the side. And yet, the Brazil-born Italy international was the most dispossessed player on the pitch against Lorient, per WhoScored, and only succeeded in 43 percent of his tackles (3 of 7) against Marseille. If there is a saving grace for him, it’s that the midfield was definitely out of form; Benjamin Stambouli and Motta do not a proper axis make, and Adrien Rabiot was a sloppy mess at the Stade Velodrome, giving Motta far more to do and dragging him occasionally out of position. Marco Verratti and Motta have a supernatural connection, and the shorter of the Italians would be a much-desired addition to the squad.

Despite rotation, injuries are taking a toll

On that note, the midfield has been damaged by injury as much as anything. Christopher Nkunku, Hervin Ongenda, and Stambouli can certainly play in the center of the field, they have their qualities, but while Blaise Matuidi and Motta have been ever-present, their usual company has changed. Rabiot has become a much-needed deputy in the box-to-box or deep-lying playmaker role, but Javier Pastore and Verratti have hardly been afforded the opportunity to reach their usual level. On Marco’s part, a brief cameo against AS Saint-Etienne aggravated an existing injury to the groin, and several other key members, including the particularly injury-ravaged Pastore, have been in and out of the squad with small disruptive knocks. El Flaco in particular is one that Blanc will surely want involved as soon as possible, but odds are high that Verratti will play some part in the game against Chelsea—the 23-year-old is simply too valuable. The bench may seem like an issue for now—against Marseille, one did question what substitutions Blanc could even make, given that the ‘gala XI’ is there on merit—but the return of even just Marco and Javi would be a massive change.

Chinese clubs are going absolutely mad in the market! It’s a different sort of phenomenon to MLS, Qatar, or even Turkey in some cases—these leagues are typically punctuated by free transfers and high wages, targeting aging stars that run out their contracts at their last Champions League club. Just look at David Beckham, Xavi, Steven Gerrard, Kaka…the list goes on. Generally this hardly disrupted the way European clubs went about their business, and even extended the careers of certain club legends beyond what they could have been a few decades ago. And then there is China, using the rest of their window (which runs until Feb. 28) to snap up players just approaching the twilight of their careers, offering massive wages and paying money up front. Somehow Jackson Martinez at Atlético Madrid—a dismal failure of a transfer—has been turned for a profit, and likewise Ramires at Chelsea has been sold for a ridiculous fee. Now it seems Ezequiel Lavezzi may be the latest to emigrate, and frankly Paris would be mad to turn down an offer of hard cash—any cash—for the Argentine. Jean-Kevin Augustin can hold his place as a backup, and the former Napoli man is out-of-contract in the summer. Shift him now for a few million and it would be sheer robbery.