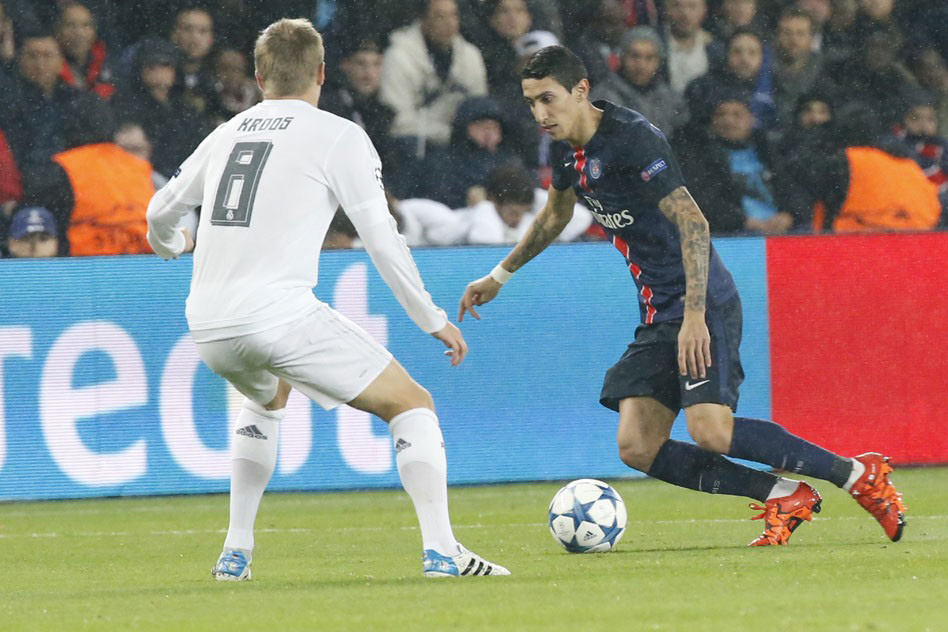 It’s been an impressive first half of the season for Paris Saint-Germain to say the least. The reigning French champions are unbeaten in Ligue 1, breaking the record for number of points achieved (51 in 19 games), and have scored more goals than any other club at this stage with 48. Their domestic domination cements what many already predicted heading into the season. However, PSG’s success in 2015-16 will only be judged by how far they go in the UEFA Champions League.

Last season, PSG made it to the quarter-finals of Europe’s elite competition for the third year in a row but were ultimately defeated by a far superior Barcelona team. This year, PSG hope to break the curse and reach the semi-finals for the first time since 1995 and who knows, maybe even win the whole thing.

Heading into this year’s Champions League, PSG were faced with the difficult task of finishing first in a group that featured Real Madrid in order to establish themselves as serious contenders (and avoid a difficult draw in the knockout round). Despite having the best defense in the entire tournament, one mistake by Kevin Trapp at the Santiago Bernabéu was the difference and Madrid topped the group, three points ahead of PSG.

For many clubs in Europe, finishing second to Madrid and advancing to the knockout stage would be a fine result. For PSG though, it simply isn’t good enough. To compound the result, Paris didn’t score against Madrid over two matches. I may be a little biased but I felt PSG should have achieved at least four points from the two matches. They played against a depleted Madrid side at home and given the talent PSG have they should have capitalized on that opportunity. In the return leg, most would agree Madrid were outplayed for 90 minutes and if not for the Trapp error the match would have likely ended in a draw at best.

Both performances magnified the faults of the Ligue 1 leaders and there is work to be done before they can be join the ranks of Bayern Munich, Real Madrid, and Barcelona—the three teams that I believe will keep PSG from winning the Champions League this season. While the Champions League isn’t always won by the perceived best clubs, PSG will have their work cut out for them in the second half of the season if they hope to win the ultimate prize.

This summer, Paris bolstered their already stout defense with the additions of Serge Aurier and Trapp. The Ivorian was brought in to replace Gregory Van der Wiel and has been arguably one of the best right-backs in all of Europe this season. He’s solid in defense and a pit bull going forward. Against Madrid, he was a bit overwhelmed with the occasion, particularly in the attacking third, but he’s matured a lot over the course of the season and I’m confident we will see him continue improve as the season goes on. With a back four of Maxwell/Layvin Kurzawa, Thiago Silva, David Luiz, and Aurier, you have to say PSG have one of the best back lines in the Champions League and they will need to carry the club should the attack players fail to score goals.

Kevin Trapp, who was named to the Champions League team of the group stage, put in some solid performances (despite his decisive error against Madrid) in the Champions League but the German’s habit of letting in soft goals in the league is a source of worry going into the knockout stages. With Salvatore Sirigu being linked with a move away in January, PSG must hope the young keeper plays at his very best, which we’ve seen many times this season, most notably his superb “Man of the Match” performance versus Madrid at the Parc.

The midfield is as good as it’s ever been and the recent rise of Adrien Rabiot has only added to the embarrassment of riches PSG have in the middle of the park. With that being said, PSG still have a dysfunctional attack with Angel Di Maria, Zlatan Ibrahimovic, and Edinson Cavani leading the way. Between the three of them, they only scored a combined six goals in the group stage of the Champions League and zero against Real Madrid. Ibrahimovic and Cavani still don’t seem to be able to play together and even though Di Maria has performed well in most of the games, as a unit, the attacking trio dubbed CIA have work to do if they hope to become as feared as Barcelona’s trio of Lionel Messi, Luis Suarez, and Neymar.

The key to success in the Champions League this year may well lie in how Blanc uses Javier Pastore, who many supporters believe deserves more playing time. The Argentinian is brilliant on the ball and his creativity, alongside Ibrahimovic and Di Maria could prove to be more potent than the lineup with an out-of-position Cavani. The way I envision it, Di Maria would get the goalscoring role, similar to the one he had for Argentina in the Copa America, and Pastore would take over the creative role, with Zlatan leading the line in a more advanced position. Di Maria might not be better in terms of finishing than Cavani but he’ll offer more in terms of buildup play and the team’s productivity as a whole.

Having Pastore in the starting XI could even bring back the best out of Blaise Matuidi, whose attacking numbers have reduced drastically compared to his blistering start to the season. Matuidi, who likes to make surging runs forward, will benefit from a more creative environment with the two Argentinians.

I’m convinced PSG will make it past a struggling Chelsea side rather easily but looking ahead, Blanc will have some serious tactical decisions to make if he hopes to take the club past the quarter-finals and secure his place as manager of Paris Saint-Germain for years to come.