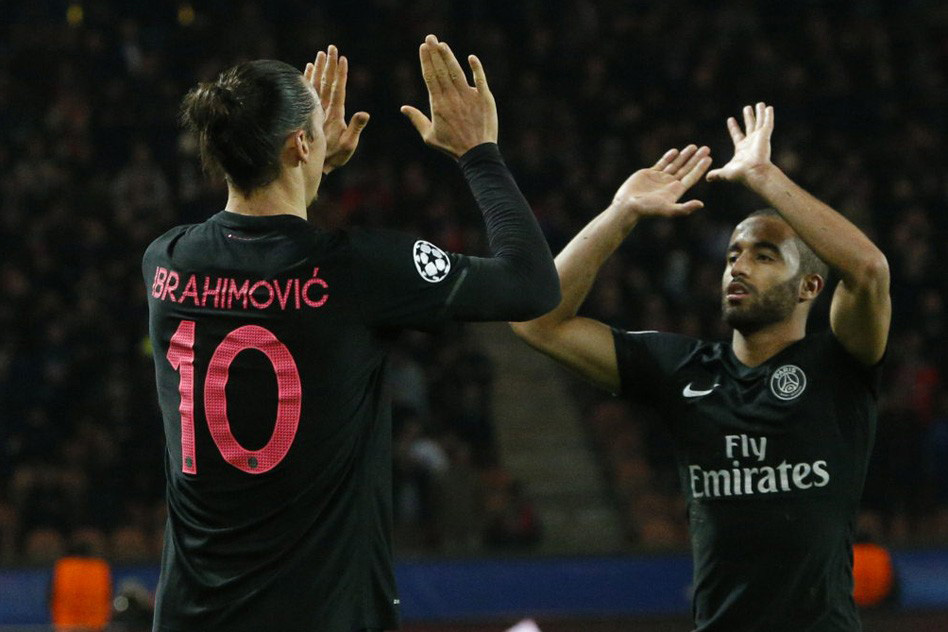 Paris Saint-Germain came into Tuesday’s UEFA Champions League group stage finale against Shakhtar Donetsk with little to play for as their fate as runners-up in Group A was already determined regardless of the result. Nevertheless, The Ligue 1 leaders put in a professional shift and came away with the 2-0 victory at the Parc des Princes.

Motivation was always going to be difficult to come by in this one for PSG and the play on the pitch, especially in the first half, echoed that. The goals, and most of the action to be honest, didn’t come until after the intermission.

The first goal came in the 57th minute from Lucas, who up until that point was having a disappointing game. Blaise Matuidi gained possession on PSG’s side of the pitch and dribbled past defenders as if they were standing still. He passed it off to Ezequiel Lavezzi who then played it to Zlatan Ibrahimovic. The big Swede found Lucas at the top of the box and the Brazilian knew what do do from there:

Despite the goal (and an assist for the second), I thought Lucas did little to challenge for a place in the PSG starting XI. His passing, especially in the first half, was so poor that Ibrahimovic wouldn’t even look at him out of frustration.

Speaking of Zlatan, the captain seemed to do it all for PSG. He finished the game with an assist, this incredible save, and a goal, which he scored in the 86th minute to become the club’s all-time leading scorer in the Champions League with 17.

It’s hard to read too much into this game because there was literally nothing to play for. I thought the overall performance of the team was average and Ibrahimovic was the best player on the pitch but no long term prognostications should be made off Tuesday night. When you look back at the group stage as a whole though, there is one statistic that does stand out and should give supporters confidence as the team progresses to the round of 16 against tougher competition. In six games (two against Real Madrid), PSG only conceded one goal, the best record in the competition. The goal did cost Paris a chance to finish atop the group but it came via a Kevin Trapp error and you have to believe he will clean that up moving forward.

So who will Paris face in the business end of Europe’s elite competition? The draw will be made on Monday, December 14 at 11 a.m. GMT and having finished second in the group, PSG will be drawn against one of the group winners, which include Atletico Madrid, Barcelona, Chelsea, Bayern Munich, Manchester City, VfL Wolfsburg, and Zenit St Petersburg.

The only two teams I don’t want to see this early are Barcelona and Bayern Munich. Personally, I wouldn’t mind seeing Chelsea for the third straight year. Jose Mourinho’s club currently sit in 14th place in the Premier League and the Portuguese manager could be sacked any day now. As odd as it may sound, facing the reigning English champions may be the easiest route to the round of 8.