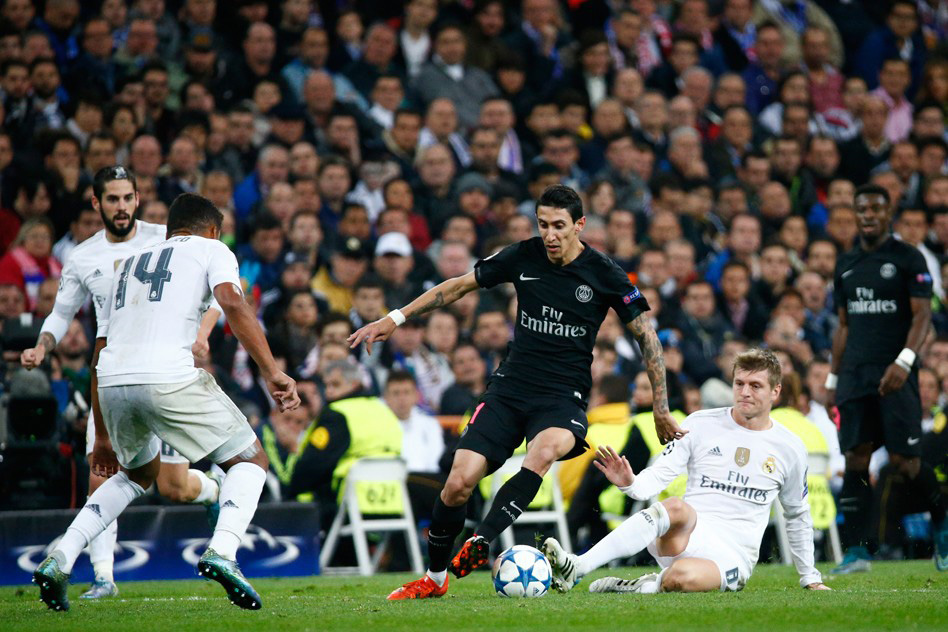 Paris Saint-Germain failed to take control of Group A in the Champions League after a 1-0 defeat to Real Madrid at the Santiago Bernabeu. The result could be considered unfair as the lone goal came against the run of play thanks to an error by Kevin Trapp. While the overall performance was one many PSG supporters will be proud of, the attack lacked the decisiveness needed to win a match of this magnitude. Here is my “Good & Bad” from Real Madrid vs. PSG.

Not only was Thiago Silva and his partner in crime David Luiz solid, isolating Cristiano Ronaldo and stopping Madrid’s counters with ease, but both Maxwell and Serge Aurier showed they can shine on the brightest of stages. Combine their terrific defensive displays with their remarkable attacking and you begin to see why they are one of the best defensive units in Europe.

Serious doubts about the Italian were starting to bubble up after a few lackluster performances in Ligue 1 but yesterday Motta put those doubts to bed. He took charge of the midfield after Marco Verratti was subbed off with an injury in the 17th minute. Motta demonstrated composed passing throughout the match and wasn’t afraid to join the attack either. Called into action when Verratti was taken off was Rabiot who had a game that probably only his mom saw coming. Pressure was put on the Frenchman but he passed the test with flying colors, connecting with Angel Di Maria and Aurier on various occasions and hitting the post once himself.

Lucas once again tried to prove he should be starting for PSG after being subbed on for Blaise Matuidi in the 75th minute. His pace and technique caused problems for the Madrid defense and he drew a foul that led to a dangerous Di Maria free kick.

The best for last some say… Maybe it was his motivation against his former club, or maybe he’s finding his form, either way, Di Maria delivered a man of the match performance. His technique and pace made life difficult for Isco as the Spanish midfielder could not keep up and even fell once trying to stop the Argentine from connecting a pass. The only question with Di Maria will be if he can continue these sorts of performances for long stretches during the season.

Both strikers really failed to make an impact on the score line. Ibrahimovic came close twice in the first half but once again came up short in a big Champions League match. Cavani worked extremely hard, which resulted in more chances but he wasted them, including a one-on-one with Keylor Navas that he mistakenly tried to chip.

The goalkeeper made a string of excellent saves to keep Paris in the game and the Madrid forwards at bay, yet this only partially redeemed him as his horribly positioned run allowed Nacho an easy goal. Mistakes can happen to anyone but this is the second time the German let something like this occur and when your team is struggling to score, you need to make sure you don’t concede any goals. Maybe it is time for Laurent Blanc to consider starting Salvatore Sirigu over Trapp to see if he can steady the ship between the sticks.