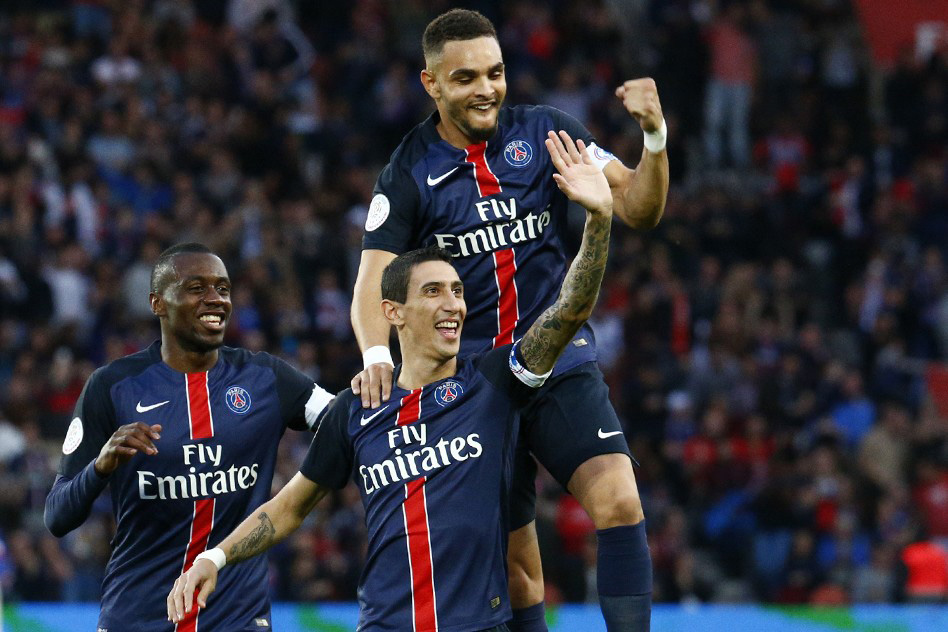 Paris Saint-Germain extended their win streak to seven consecutive Ligue 1 victories after demolishing Toulouse 5-0 at the Parc des Princes on Saturday. The encounter was decided after 45 minutes but there was plenty to take away from the match. Here is my “Good & Bad” from PSG vs. Toulouse.

PSG’s number 7 is sending a very clear message to the manager that he wants to start more games. Substituted on in the 63rd minute for a largely ineffective Edinson Cavani, Lucas once again terrorized the opposing defense with his blinding pace and technique. Three minutes after coming on, Lucas was rewarded for his effort with a goal from a beautiful Gregory Van der Wiel cross. Lucas continued his stellar play and in the 75th minute he breezed by the defense and forced a brilliant save from Ali Ahamada. The rebound went straight to Zlatan Ibrahimovic and he finished off the play with a goal. In only 24 minutes on the pitch, the Brazilian was involved in two goals. I’d call that effective.

The big Swede has been under scrutiny after failing to make an impact in the Champions League but throughout the match he proved that domestically, he is still Zlatan. PSG’s all-time leading scorer recorded a brace and an assist against the sub-par Toulouse defense . Many supporters, including myself, will hope Ibrahimovic can replicate this form as the team advances in Europe’s top competition as the talismanic striker has a low 25% shot accuracy and only one assist in four matches.

The youngster didn’t have the best of starts with the reigning French champions this season but it seems he is finally getting comfortable with his teamates. His pass accuracy, according to Onefootball has increased to 84 percent, making him very dangerous going forward, and his defensive duties aren’t forgotten. Kurzawa wins 78 percent of his tackles and only concedes about a foul per match. Today’s performance didn’t match that of against AS Saint-Etienne but his growing confidence with the ball and increasing understanding with his teammates may be a good sign of the things to come.

The Uruguay international didn’t come close to what supporters expect from him at this stage of his career at the Parc des Princes. Cavani missed a plethora of chances in the first half and was eventually substituted off for Lucas. Despite a few decent games, El Matador has been inconsistent at best since moving wide in Blanc’s preferred 4-3-3. His height and strength is what the striker is known for and moving to a more central role would raise Cavani’s confidence. With Ibrahimovic all but guaranteed to start in the center of the attack, it’s difficult to see when Cavani would get the chance to play in his preferred position.

At the end of last campaign Le President had seemed to discover how PSG would work best after demolishing Lille OSC 6-1, Blanc decided to use a 4-3-1-2, with Cavani and Ibrahimovic up top, and Javier Pastore in the creative number 10 role. So far this campaign, with the arrival of Angel Di Maria, he switched back to a 4-3-3, a formation that doesn’t fit his squad. Like Barcelona, the 4-3-3 is supposed to use only one striker, but Blanc, either by his choice or by pressure from club executives, has decided to use all of PSG’s star players in the starting XI and shifting Cavani out wide. This renders the idea of the formation useless as one of the wingers isn’t a natural goal creator like Messi or Neymar are for Luis Suarez.

For example, against Toulouse, PSG controlled most of the game but both fist half goals were defensive errors and Paris became complacent with the result failing to produce attacking football. After Lucas and Ezequiel Lavezzi were substituted on, the formation started ticking and worked to its full potential. Having two quick players capable of delivering a cross made Ibrahimovic much more dangerous and stretched the defense towards both sides of the field instead of only to one side. As a result, three more goals came in the span of 24 minutes. Maybe this philosophy would make Paris Saint-Germain more dynamic against a team like Real Madrid. Time will tell if Blanc switches things up as the season progresses.