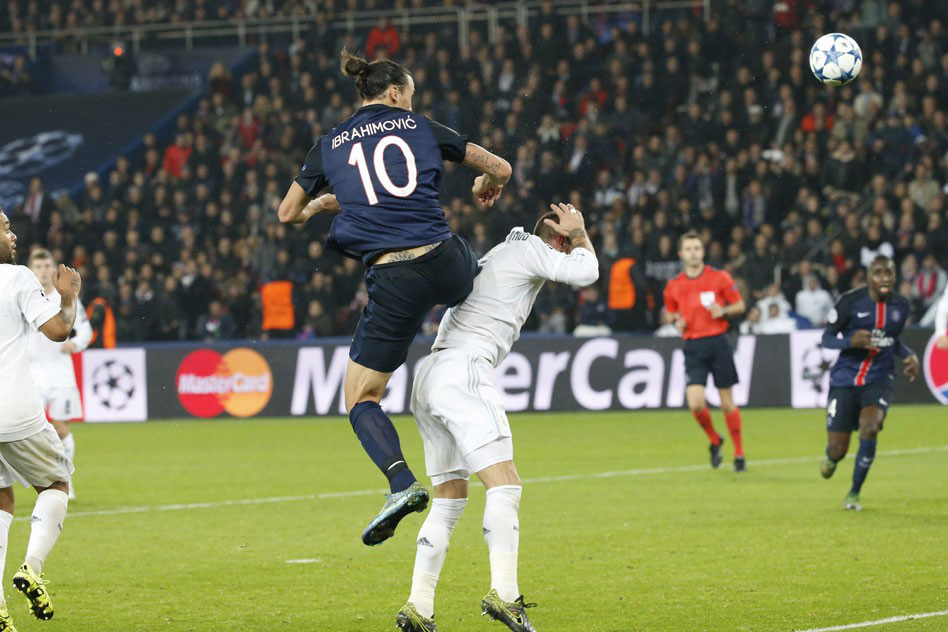 With their win over Stade Rennais in the rear view mirror, Paris Saint-Germain must now turn their attention to the Champions League where their match against Real Madrid on Tuesday will likely determine the top spot in Group A.

Laurent Blanc will be in for a much more difficult match than the previous scoreless draw at the Parc des Princes. For the first time this season, Paris will not be favored to win as Gareth Bale, Karim Benzema, and James Rodriguez are all back in training and expected to return. While they didn’t score in the first leg, Lucas Vasquez and Jesé Rodriguez caused more than a few headaches and this added firepower will test the PSG defense early and often.

Further stacking the deck against PSG, Marquinhos and Javier Pastore were left out of the squad due to injury and sickness respectively. David Luiz’s return from injury will be a big boost for the manager and he will need to be at his best to deal with the likes of Bale, Benzema, and Cristiano Ronaldo. While Marquinhos and Pastore are not typically in le President‘s starting XI, their absence will certainly limit his options off the bench (Presnel Kimpembe will be the third choice center back).

Blanc will have to make some tactical changes in this game, particulary in the attack, if they are to get a result at the Bernabeu. He rested a host of starters for the Rennais game, including Edinson Cavani and Zlatan Ibrahimovic, in a bid to keep them fit for the Madrid game. Blanc can only hope that Cavani, Angel Di Maria, and Ibrahimovic put in a similar performance to the game against AS Saint-Etienne where the attack was as fluid as we’ve seen this season. Di Maria, who returns to Madrid after leaving in 2014, will enter with some added confidence as he scored the only goal against Rennais.

Important to keep in mind as PSG enter the second half of the group stage is yellow card accumulation. Currently, Luiz and Marco Verratti are sitting on two cards each. Blanc will want to make sure none of his players are suspended for the quarterfinals, so he’ll have to manage his squad choices accordingly as his job depends on getting the club past that stage.

A draw at the Bernabeu would be a huge step for Paris Saint-Germain in the right direction, a win however, would send shockwaves throughout Europe and make a statement that the reigning French champions are true Champions League contenders. However, if PSG put in the same sort of performance as they did in that first leg, things could get ugly and the doubters will surely be heard from via social media.

PSG need to win in order to top the group and I believe they have the squad to get the result in Madrid. My hope is that Blanc is a little less rigid with his tactics and we see a much more potent attack. The team was put together to win these sorts of matches and I have confidence that they can get the job done.