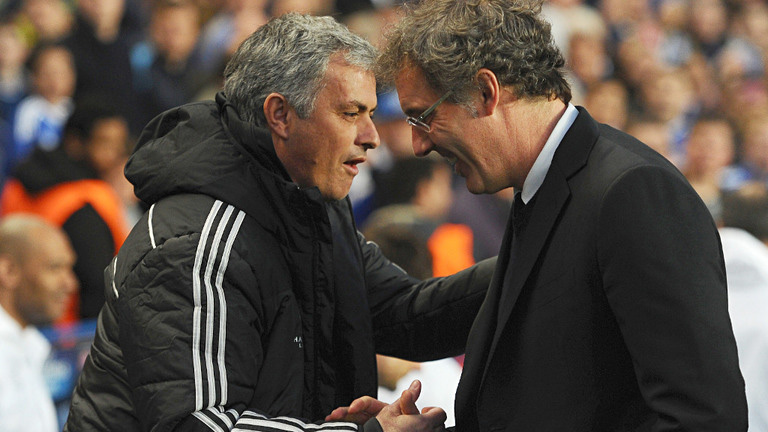 It’s being widely reported that Jose Mourinho’s camp have reached out to Paris Saint-Germain and his former club Inter Milan to gauge their interest in his services should he get sacked by Chelsea.

The wheels have completely come off the bus at Stamford Bridge and Mourinho is facing intense pressure from the media and fans to improve their fifteenth place in the English Premier League. There’s even been speculation that a loss against Liverpool this Saturday could be his last at the club.

Not only have the results been poor for Chelsea but the Portuguese has lost the locker room through his team selection and comments in the media.  Unless something drastic changes, I think we’re seeing the last of the special one at Chelsea.

A manager of Mourinho’s quality won’t be out of a job long though and from his perspective a move to Paris makes perfect sense. Given his history, he’ll want a club with near unlimited resources (for both players and his salary) in one of Europe’s top cities. He would also recognize some familiar faces in Zlatan Ibrahimovic, who he managed at Inter Milan, and David Luiz, who he sold to PSG from Chelsea.

And let’s not forget that there’s been some flirting between PSG and Mourinho in the past. Last February, the polarizing manager was quoted as saying Qatar Sports Investments tried to lure him to the French capital twice before ultimately settling on Carlo Ancelotti in 2011 and Laurent Blanc in 2013.

The reason Mourinho didn’t come to Paris, he says, is because he was managing Real Madrid at the time and it was important to him to be a champion in Spain, England, and Italy. If he were to come to Paris and win Ligue 1 he would become the second manager ever to win championships in five countries (England, France, Italy, Portugal, Spain). He strikes me as someone who would very much like to add that claim to his resume.

Now, does this move make sense for Paris Saint-Germain?  If your primary objective is to win the Champions League at all costs I would argue that it does. If you want to run a budget conscious club and develop young players I would say he’s probably not the man for the job. He’s also probably not the person you want to bring in if you hope to have him for five to ten years. Mourinho is notorious for wearing out his welcome in as little as three years but a Champions League trophy might be worth the headache.

It’s hard to imagine sacking a manager who won an unprecedented four trophies last season but Blanc knew when he took the job at PSG that he would be evaluated mostly on how far he took the club in the Champions League. The best way for Blanc to silence the rumors and send Mourinho to Italy to manage Inter Milan again is to win convincingly at Real Madrid on Tuesday. Otherwise, you can’t blame QSI for looking around Europe and jumping at the opportunity to sign a manager who increases the club’s visibility globally and has Champions League pedigree.